"The The Impotence of Proofreading," by TAYLOR MALI 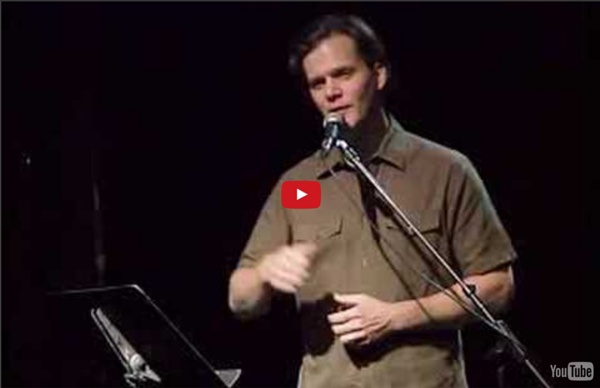 Teaching Adverbial and Adjective Clauses When teaching adverbial and adjective clauses to students, it is important to demonstrate how these types of clauses differ. While they are both dependent clauses that cannot stand on their own and thus require another independent clause to create a grammatical sentence, adverbial clauses and adjective clauses perform two distinct functions in sentences. Adverbial Clauses

write - Writing a literature review What is a literature review? A literature review is a critical analysis of published sources, or literature, on a particular topic. It is an assessment of the literature and provides a summary, classification, comparison and evaluation. At postgraduate level literature reviews can be incorporated into an article, a research report or thesis. rhetoric2 To go directly to the discussion of a particular device, click on the name below. If you know these already, go directly to the Self Test. To learn about my book, Writing with Clarity and Style, see the Advertisement. 6. Parallelismis recurrent syntactical similarity. Several parts of a sentence or several sentences are expressed similarly to show that the ideas in the parts or sentences are equal in importance.

10 great science fiction novels that have been banned @djscruffy: And that's why you're a heathen and should be burned at the stake. @djscruffy: In defense of public schools, I would suggest that the reason many of these books are challenged so often is that they're frequently included in school curriculums and libraries. I grew up in a state that, according to these links, engaged in book-burning less than a decade before my birth. That makes me shudder.

Can I Use that Picture? The Terms, Laws, and Ethics for Using Copyrighted Images Need to use an image but not sure if you have the legal and ethical right to do so? Understanding the laws for using images can be a bit tricky, especially because there is wiggle room within the laws. And, with the mass distribution of images on the internet, it’s no wonder we’re all asking the the same question over and over again: can I use that picture? Whether for your business presentation, your school project, or your organization’s brochure, you’ve likely placed in images to make your designs more visually appealing. But did you use the images according to legal and ethical standards?

Writing About Literature Summary: This handout provides examples and description about writing papers in literature. It discusses research topics, how to begin to research, how to use information, and formatting. Great Poems « Greatest Books of All Time » Life-Changing Arts A selection of great poems from centuries of brillant authors and poets. Whether you are new to the world of poetry and wish to savor it, or a well-versed poetry connoisseur, either way you will probably enjoy the classics of world poetry. The poems are sorted by vote. To vote for a poem, click on the left of it.

Did I Plagiarize? The Types and Severity of Plagiarism Violations Plagiarism is a hot topic in the academic world, but it applies in all aspects of our lives. In a country and culture that values intellectual property, it is imperative that we are conscious of plagiarism guidelines and standards. The reality is, in many facets of life, when we make mistakes, we can claim ignorance. But when it comes to plagiarizing, there is little slack given; we are all expected to understand plagiarism guidelines and what constitutes a violation. While plagiarism is never considered acceptable, there are varying levels of severity with different types of plagiarism violations. So are you wondering if you’ve plagiarized? Commas Summary: This resource offers a number of pages about comma use. Contributors:Dana Driscoll, Allen BrizeeLast Edited: 2013-04-03 10:39:33 Comma Use 1. Use commas to separate independent clauses when they are joined by any of these seven coordinating conjunctions: and, but, for, or, nor, so, yet.

Dracula My gosh, it's full of sex! by Mysticmidget, January 10, 2013 I agree with "somethingisbrokehere". I read through this summary to aid in an essay about this book and was positively shocked...though it gave me plenty of giggles! Dracula has many things about it which make it partly comedy to me, though of course it's only due to the change of the times. Search publication results "The 1688 Paradise Lost and Dr. Aldrich": Metropolitan Museum Journal, v. 6 (1972) Boorsch, Suzanne (1972) 20th-Century Art: A Resource for Educators Paul, Stella (1999) Adjective and A List of Adjectives: EnchantedLearning Advertisement. EnchantedLearning.com is a user-supported site. As a bonus, site members have access to a banner-ad-free version of the site, with print-friendly pages.Click here to learn more.

Bram Stoker Abraham "Bram" Stoker (8 November 1847 – 20 April 1912) was an Irish novelist and short story writer, best known today for his 1897 Gothic novel Dracula. During his lifetime, he was better known as personal assistant of actor Henry Irving and business manager of the Lyceum Theatre in London, which Irving owned. Early life[edit] Stoker was born on 8 November 1847 at 15 Marino Crescent, Clontarf, on the northside of Dublin, Ireland.[1] His parents were Abraham Stoker (1799–1876), from Dublin, and Charlotte Mathilda Blake Thornley (1818–1901), who was raised in County Sligo.[2] Stoker was the third of seven children, the eldest of whom was Sir Thornley Stoker, 1st Bt.[3] Abraham and Charlotte were members of the Church of Ireland Parish of Clontarf and attended the parish church with their children, who were baptised there. Stoker was bedridden with an unknown illness until he started school at the age of seven, when he made a complete recovery.