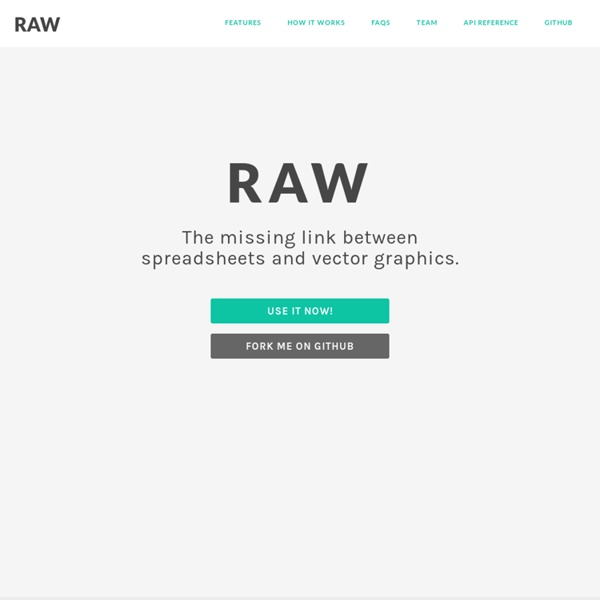 How to Find the Right Chart Type for your Numeric Data 22 Feb 2016 Charts help you visualize numeric data in a graphical format but the problem is there are just too many types of charts to choose from. This diagram will help you pick the right chart for your data type. Why Tufte is Wrong about Pie Charts Some critics have come crashing down hard on pie charts. Edward Tufte says “the only thing worse than a pie chart is several of them.” Stephen Few says “save the pies for dessert“. Cole Nussbaumer says “Death to pie charts.” Well, they are all wrong. Mike Bostock December 27, 2014Mapping Every Path to the N.F.L. Playoffs December 20, 2014How Each Team Can Make the N.F.L. Playoffs

Data Visualisation Our latest project launched today on many leading newspapers around the world. “First World War” is an interactive documentary created in partnership with the Guardian to mark the centenary of the Great War. The project aims to give a global perspective on an imperial war that involved in soldiers from all over the world – from India and New Zealand to the US and Canada. Available in seven languages, it launches today on the Guardian and partner outlets such as El Pais, Le Monde, Süddeutsche Zeitung and La Stampa.