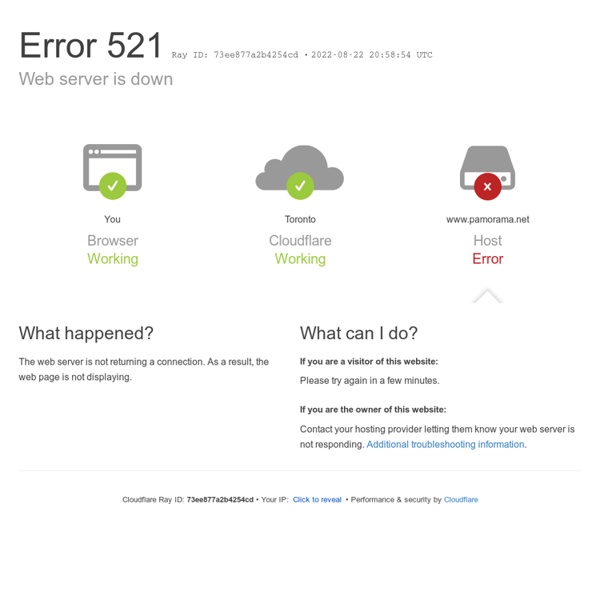 35 Great Social Media Infographics [Note: I recently updated this compilation to include some more recent visualizations... you can see it here.] Here’s a collection of terrific social media infographics that might come in handy. As you probably know, infographics are visual representations of information, data, or knowledge. They illustrate information that would be unwieldy in text form and they act as a kind of visual shorthand, making information easy to understand and consume. They are driven by the same information as charts, but they’re often a better form of communication because of their pleasant aesthetics — charts and graphs can communicate data, but infographics turn data into information. It’s very helpful to use infographics in presentations, reports, articles, etc., to convey concepts. Most of these have been scaled down or cropped. If you know of any good ones that I’ve missed, please leave a comment and let me know! 1. 2. 10 Levels of Intimacy in Today’s Communication 3.

7 Free Typography Ebooks We would all agree that content is the most important aspect of any website. And in most cases content is made up of type. So, as a web designer, it makes sense to have a strong understanding of typography. With that in mind, we rounded up some free ebooks that should help you strengthen your typography skills.

Infographics For The Rest Of Us To test it out I started a timeline of the life of Frederick Law Olmsted, considered to be the father of American landscape architecture. Referring to his biography on Wikipedia, I picked out a few events and started adding them to a new timeline on Dipity. When you add an event to a timeline, in addition to the title, date, and description of the event, it is possible to upload a picture, link to a webpage, or add a location. Dipity presents the uploaded images as a slideshow or a "flipbook". Celebrating Linotype, 125 Years Since Its Debut - John Hendel - Technology Around for a century, Linotype machines were made obsolete in the 1970s by changing technologies -- but they have not been forgotten To embark on Linotype was to embark on greatness. Linotype machines powered newspapers, factories, a whole industry that was as American as any and existed for a century, at least until the tides of technology wiped it out as an occupation in the 1960s and 1970s -- and now, Linotype is nearly extinguished from American memory. Yet Thomas Edison, it's said, called the machine the Eighth Wonder of the World (no faint praise from the man who invented the light bulb). This fabled technology, this wonder, once occupied the imagination of countless people in our nation's past.

19. Quest to Learn : Imagination: Creating the Future of Education & Work 19. Quest to Learn Video: Katie Salen discusses Quest 2 Learn in a six part series on Big Think. Katie Salen recognizes that play is a profound part of the human experience. The Content Outreach Pyramid: How to Get in Front of Your Targets This is a guest post by Matthew Barby at Wow Internet. Outreach seems to be the buzzword of 2013 and I have read numerous articles over the past couple of months on “how to find guest blogging opportunities” and “the best ways to contact your outreach targets”. What I want to talk about is a model of outreach that we have been working with at Wow Internet that I call ‘The Content Outreach Pyramid’.

Trail of the Eagles' Nests The Trail of the Eagles' Nests (Polish: Szlak Orlich Gniazd) of south-western Poland, is a marked trail, named after a chain of 25 medieval castles which the trail passes by, between Częstochowa and Kraków.[1] The Trail of the Eagles' Nests was first marked by Kazimierz Sosnowski. Since 1980, much of the area has been designated a protected area known as the Eagle Nests Landscape Park (Polish: Park Krajobrazowy Orlich Gniazd). The castles date mostly to the 14th century, and were constructed by the order of King of Poland Kazimierz the Great.[1] They have been named the "Eagles' Nests", as most of them are located on large, tall rocks of the Polish Jura Chain featuring many limestone cliffs, monadnocks and valleys below. They were built along the 14th-century border of Lesser Poland with the province of Silesia, which at that time belonged to the Kingdom of Bohemia.

Sci-fi 'gothic' architecture brought to life Swiss architect has built fantastical form using "subdivision algorithm"Column is composed of 16 million faces generated by computerComputational architecture increasingly key to architectural practice London, England (CNN) -- It looks like an architectural fantasy from a world far in the future, but Michael Hansmeyer's complex column design is so real you can touch it. His work is composed of sixteen million faces and made from 2,700 layers of cardboard. It is the result of a cutting-edge computational process and people's responses to it are just as improbable. "Some people say it looks like a reptile, some people think it looks like an underwater creature and other people bring up the Gothic," said Hansmeyer, an architect and computer scientist based at the Swiss Federal Institute of Technology in Zurich.

moo.com Shopping from Canada? Switch to your nearest website Closex 9 Best Blogs to Follow on Social Media & Content Marketing - Simplify360 When you have the zeal to learn something , internet is the best resource. Internet is filled with really smart people who share the information for free. In my last blog I have listed down some of the problems which marketers face in social media monitoring Today I bring you 9 must follow blogs on social media & content marketing. 1. Mashable