Every reform movement has a lunatic fringe. 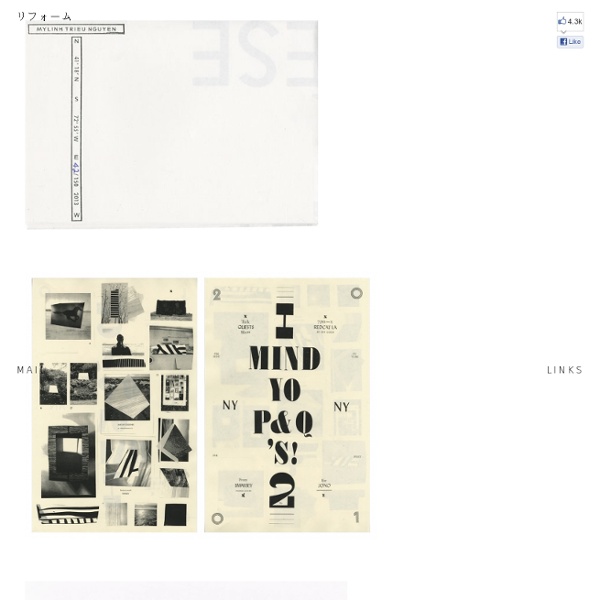 Quipsologies • Quipsologies, is a division of UnderConsideration, chronicling the most curious, creative, and notable projects, stories, and events of the graphic design industry on a daily basis. • Quipsologies uses TypeKit to render P22 Underground, Skolar Web by TypeTogether, and Coquette by Mark Simonson. • Quipsologies is run with Six Apart’s MovableType 6.3.2

Darryl Cunningham Investigates: Evolution Here then is the beta version of my strip about evolution. This is a chapter of the book Science Stories which will be out from Myriad Editions next spring. I'm sure there'll be mistakes here, so do feel free to point them out, so that I can make the necessary changes. Thank you. Note Oct 2013. The Flop Box A bad beginning makes a bad ending 4/14/2014 Peter Saul curated group show @ Zürcher Studio Austin Lee Taylor McKimens Karl Wirsum

Naked on Behance Sign Up Log In Naked Illustration Eiko Ojala Tallinn, Estonia Underground Filmmakers You Should Know We’re coming to the close of a great retrospective of Joe Sarno’s works at New York’s Anthology Film Archives, ending September 26. Sarno was one of the sexploitation genre’s key auteurs, and his films evoke the independent spirit of the underground film movement — movies popularized during the ‘60s that pushed the boundaries of technique and narrative with experimental artistry. These pictures produced outside the commercial moviemaking industry ranged from the subversive to the formless (at least where any story was concerned), delighting in explicit subjects and exploring radical in-camera editing. Crucial as he is, Sarno is just one of these 50 underground filmmakers you should know.

Lights - Vasya Kolotusha Vasya Kolotusha Following (97) animation Beetlebum Uke tab by Blur Ukulele Tabs and chords Login Register Follow us: Ukulele Tabs Blur ukulele tabs Beetlebum tab Lesson of the Day: ‘How to Get the Most Out of Art (Even When You’re Not Sure... How do these three questions prompt you to do something similar to some of the suggestions made in the article you just read? Can you apply them to some of the pieces you found in your art collection? If you’d like to practice your visual observation skills, join us Mondays from 9 a.m. to 2 p.m.

"I'm Yours" by Jason Mraz Ukulele Tabs on UkuTabs You are here: UkuTabs » J » Jason Mraz » I’m Yours Difficulty level 1/5 Chords in this song chords or tablatures