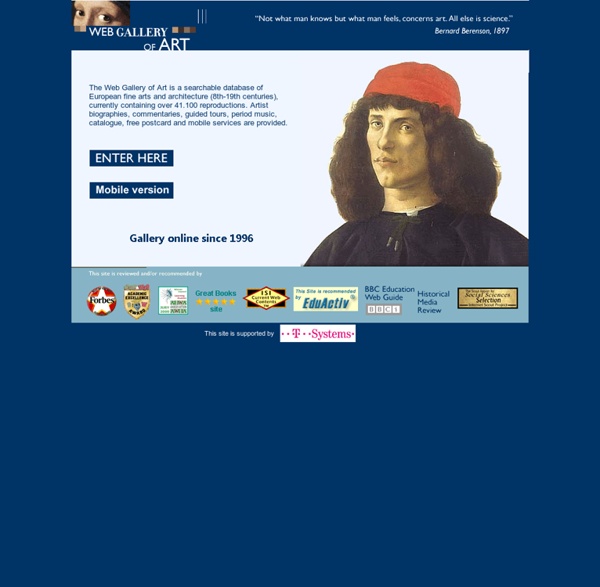 About Ars Electronica What is Ars Electronica? Art, technology, society. Since 1979, Ars Electronica has sought out interlinkages and congruities, causes and effects. Stephan Balleux - They shoot horses don't they They shoot horses don’t they This section displays the works I produced during my stay in Melbourne, at the Wardlow Art Residency ++ Long time no see, a limited edition book/catalogue was also produced:Constructed as a pictorial diary on my australian journey, it was conceived in close collaboration with the folks from South-SouthWest , a Melbourne based graphic designer studio.The book features an interview holds by painter Sam Leach ++ A review by Tony Lloyd at artinfo.com.au & a bunch of informations and a video interview at artinfo.com.au Paintingpainting#24 200×150cm oil on canvas 2009 paintingpainting#26 paintingpainting#25

8 Cheat Sheet Wallpapers for Designers and Developers Web designers and developers have a lot to remember, from keyboard shortcuts to function names. That’s why it’s handy to have cheat sheets near by for a quick reference. Most people like to print out there cheat sheets on paper and have them sitting on their desk, but another convenient place for a cheat sheet is right on your computers desktop in the form of a wallpaper. Here we’ve rounded up a few very useful cheat sheets for web designers and developers that can be used as desktop wallpapers. Photoshop Keyboard Shortcuts Home: Art Images for College Teaching AICT is a royalty-free image exchange resource for the educational community. Art Images for College Teaching (AICT) began as a personal project dedicated to the principle of free exchange of image resources for and among members of the educational community. While the AICT site is maintained and distributed under the general auspices of the Minneapolis College of Art & Design (MCAD), this institution is not responsible for content or use thereof. All work on the AICT project has been voluntary, and MCAD-affiliated personnel have contributed innumerable hours of research, clerical, and design effort on a pro-bono basis.

7 Rock Climbing Knots Every Guy Should Know : Discovery Channel There are a lot of cool things about rock climbing, from the full-body fitness required to make it up many climbs, to the incredible ways that climbers can manage to keep their bodies on the rock, but one of the most underrated things about climbing has got to be the knots. After all, these knots aren’t just keeping shoes on your feet or a trash bag closed – they’re capable of keeping the full weight of a body from dropping right off the face of a cliff. But you don’t have to ever step foot on the rock in order to take advantage of this knowledge, as most of the common rock climbing knots can be used very effectively for other, non-climbing purposes. Here’s a selection of climbing knots that every guy (and gal) should know: 1. Figure Eight Knot on a Bight: The Figure Eight is an incredibly strong climbing knot, and can be tied in at least two different ways – on a bight (meaning in the middle of a rope, not the end), and with a follow-through (see below).

Quipsologies • Quipsologies, is a division of UnderConsideration, chronicling the most curious, creative, and notable projects, stories, and events of the graphic design industry on a daily basis. • Quipsologies uses TypeKit to render P22 Underground, Skolar Web by TypeTogether, and Coquette by Mark Simonson. • Quipsologies is run with Six Apart’s MovableType 6.3.2

Street Art Current Issue On sale now at newsstands or on screen May 2014 - Issue #160 All year long, Juxtapoz is celebrating its 20th Anniversary by showcasing the pivotal figures in contemporary art over the past two decades. Some artists are blue chip, some are underground heroes, others are behind-the-scenes legends. 2011 August « the pyramid beach roadhouse the ultimate noir cast… by CHUCK STEPHENS Stanley Kubrick’s labyrinthine 1956 heist flick The Killing—an exploded rethink of John Huston’s The Asphalt Jungle and eventual template for the narrative convolutions of Reservoir Dog—became an instant facet in the jewel that was film noir, even as it refracted many of the cinematic crime bedazzlements that had preceded it. Much of its pleasure lies purely in its casting of an array of filmdom noir’s familiar faces, the movie’s every heavily shadowed curve and intentionally left-rough spot tricked out with class-act fillies and brick-headed galoots from Hollywood’s brightest galaxies of second- and third-rung heroes. Sterling Hayden (Johnny Clay)

Visualising China: explore historical photos of China <div style="width: 22em; position: absolute; left: 50%; margin-left: -11em; color: red; background-color: white; border: 1px solid red; padding: 4px; font-family: sans-serif"> Your web browser must have JavaScript enabled in order for this application to display correctly.</div> China 1850—1950: an interactive resource Sign in Martiros Kavoukjian Martiros Kavoukjian (Մարտիրոս Գավուգչյան, Gavowgčyan, August 8, 1908 - August 8, 1988) was an Armenian architect, researcher, Armenologist and historian-archaeologist who has written various books on ancient Armenian history.[1][2] He is best known for his account of Armenian prehistory in Armenia, Subartu And Sumer, published in 1987 in both English and Armenian. Biography[edit] Martiros Kavoukjian was born in Nigde, Turkey on August 8, 1908. Studies of Kavoukjian have been cited in the works by Edgar C. Polomé, Alexander Jacob,[3] George A.