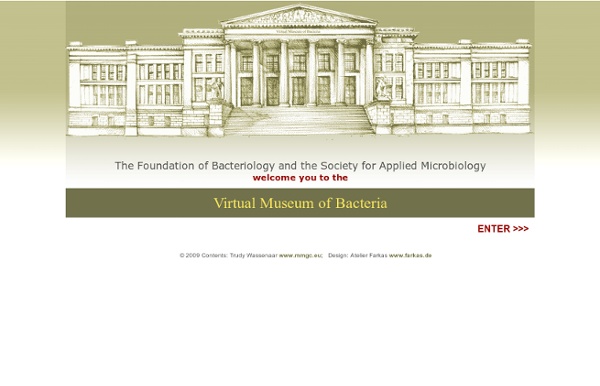 50 Really Cool Online Tools for Science Teachers A 21st-century education revolves around the Internet for everything from collaboration, tools, lessons, and even earning degrees online. If you are looking for ways to integrate online learning into your science class or science degree programs, then take a look at these cool online tools that are just perfect for both teachers and students. Science Tools to Use with Students These tools offer opportunities for learning about climate, cells, the human body, nature, and more. ChemiCool. AP Tools Whether you are setting up a new AP curriculum or are just looking for additional material to use with your AP science students, these tools will help. Advanced Placement Biology. Websites and Resources for Science Teachers These websites are chock full of amazing resources and tools for science teachers. Discovery Education. Calculators Use these informative environmental calculators with your students. Ecological Footprint Quiz. Online Games Online Science Games. Google Earth Google Earth Ocean.

Urban Renewal by Mari Santos We're usually kinda "meh" about most T-shirt surgeries because we're just can't get into the hack'em, slash'em sartorial school of thought. Toronto-based Mari Santos, on the other hand, is such a genius with a pair of scissors we want to hitchhike across the border, kidnap her, head back south, and then set her to work against her will on the oversize T-shirts we seem to get for free by the pound. Except that it would probably be illegal. Her ethos: "Taking something old, frumpy and ill fitting and making it into something new." More pictures below the fold. [Via ::NotCot] Open educational resources Open educational resources (OER) are freely accessible, openly licensed documents and media that are useful for teaching, learning, and assessing as well as for research purposes. Although some people consider the use of an open file format to be an essential characteristic of OER, this is not a universally acknowledged requirement. The development and promotion of open educational resources is often motivated by a desire to curb the commodification of knowledge[1] and provide an alternate or enhanced educational paradigm.[2] Defining the scope and nature of open educational resources[edit] The above definitions expose some of the tensions that exist with OER: At the same time, these definitions also share some universal commonalities, namely they all: cover both use and reuse, repurposing, and modification of the resources;include free use for educational purposes by teachers and learnersencompass all types of digital media.[10] History[edit] Licensing and types of OER[edit] OER policy[edit]

Hobo Stove | Practical Survivor Urban survival is a tricky subject to discuss. There are advantages to urban survival. Anywhere you look there are items in trash cans and dumpsters that can be used to improve a survival situation. Cardboard boxes can be used for shelter, newspapers can be used for insulation and to the practical survivor another persons trash can be a treasure. In this case we will use a coffee can to build a stove. Keep an open mind during any survival situation. Whether backpacking, camping, or surviving, having a way to cook can make a huge difference. A coffee can or large vegetable/ravioli can will allow you to build a stove and cook. Items used to build this stove: * Coffee can * Can opener * Tin snips * Drill and drill bits * Metal coat hanger There are many methods that could be used to build this stove. We use a metal coat hanger to build rods which will help hold up the cooking pot. The top side of a coffee can is already opened. We then used the tin snips to cut a small door. Materials:

The Biology Corner BRAINMETA.COM - NEUROSCIENCE, CONSCIOUSNESS, BRAIN, MIND, MIND-BRAIN, NEUROINFORMATICS, BRAIN MAPS, BRAIN ATLASES New 9/11 Footage Reveals WTC 7 Explosions Video clip NIST fought tooth and nail to keep secret contains clear audible booms as eyewitness describes “continuing explosions” from direction of Building 7 Paul Joseph WatsonPrison Planet.com Wednesday, October 13, 2010 Newly obtained 9/11 eyewitness footage that NIST fought tooth and nail to keep secret contains what appears to be the sound of explosions coming from the vicinity of WTC 7 after the collapse of the twin towers, offering yet more startling evidence that the building, which was not hit by a plane yet collapsed demolition style, was deliberately imploded. The clip was released by NIST (National Institute of Standards and Technology) as part of a 3 terabyte package of video and photo data in response to a lawsuit brought by the International Center for 9/11 Studies. The fact that NIST dragged their feet for so long in an attempt to block the release of these highly incriminating videos clearly indicates that they were part of an attempted cover-up. A d v e r t i s e m e n t

A high school course of study with free, quality learning materials. - Charlotte Homeschooling (This article was last updated on 1/11/13. For continued updates, please sign up for my free monthly newsletter.) I've been compiling a list of links to free resources on the web that I use myself or that have been recommended. As I'm sure you all know, buying curriculum, especially at the high school level, can amount to hundreds of dollars per course. I try to mix and match as much as possible, carefully picking and choosing what I buy, and using free material if I can find it. Fortunately, "free" does not mean you have to compromise on quality. I thought I would share what I have to try to cut down on the time we all spend searching. First, some links to sites that offer free material in a wide array of core and elective subjects. For a list of 150 free textbooks, click here. The Wake County Public School System has a series of online video lessons called the "Success Series," which provides a review of most of the core subjects and foreign language. English II - World Literature survey