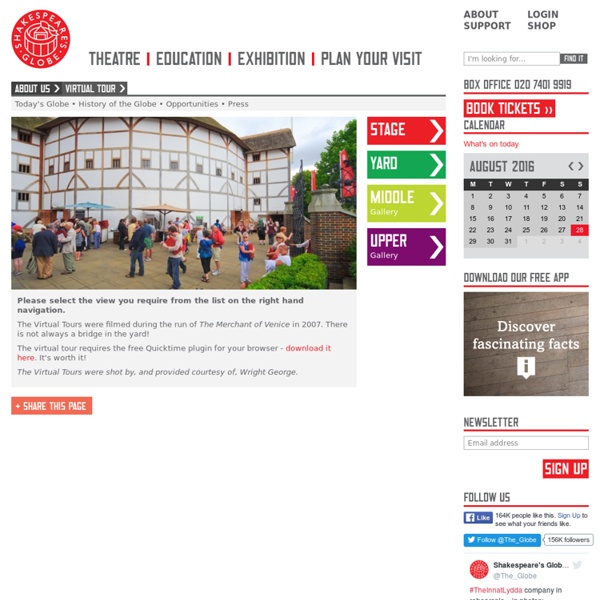 Enjoying "Macbeth" by William Shakespeare Enjoying "Macbeth", by William Shakespeare by Ed Friedlander, M.D.erf@kcumb.edu This Is NOT "Family Entertainment." Young people who know of Shakespeare from "Shakespeare Gardens" and "Beautiful Tales for Children" may be surprised by what happens in Macbeth. When we first hear of Macbeth, he has just cut an enemy open ("unseamed") from belly button ("nave") to throat ("chops"). The king shouts "Oh valiant cousin! Worthy gentleman!" The Real Macbeth and His Times Shakespeare got his story from Raphael Holinshed's Chronicles. I've read that Holinshed's section on Macbeth was largely derived from the work of one Hector Boece, Scotorum Historiae ("Chronicles of Scotland", 1526-7, translated from Latin into English by a John Bellenden in 1535). It is evidently not online. Here's what we think really happened with Macbeth and the other characters. In a barbaric era, population pressures made war and even the slaughter of one community by another a fact of life. The historical Mrs. Mr. Evil?

Absolute Shakespeare - plays, quotes, summaries, essays... Essential knowledge and literary terms for understanding Shakespeare. An Award winning You - you- your- your formal and distant form of address suggesting respect for a superior or courtesy to a social equal. Thou - thee - thy - thine informal and close form and can imply either closeness or contempt. Gertrude: Hamlet, thou hast thy father much offended. "Ye/you" or "thou/thee" sometimes show social classes, too. Falstaff: Dost thou hear, hostess? It can be insulting if it was used by an inferior to address a superior social rank.

Shakespeare Navigators ENGL 339 Home Page English 339: Introduction to ShakespeareFall, 2013 Site Navigation PREREQUISITES: GE area A (esp. expository writing, e.g. ENGL 134, and reasoning, argumentation and writing, e.g. ENGL 145); AND GE area C1 (a 200-level literature class, e.g. A WRITING-INTENSIVE, G.E. GWR: As a C4 literature class, ENGL 339 may be taken by students wishing to fulfill the Graduate Writing Requirement (GWR). ENGL 339 is designed to introduce both English or Theatre majors and G.E. students to representative plays of all genres by William Shakespeare, perhaps the finest poet ever to write in English. REQUIRED TEXTS: The SIGNET CLASSICS editions of A Midsummer Night's Dream; Henry V; Macbeth; Hamlet; and The Tempest. NOTE: As You Like It has been dropped from the class this quarter due to the necessity of scheduling a video screening of a film available only on VHS during class time. VIDEO SCREENINGS / PERFORMANCES: Shakespeare's plays were written to be performed -- they were originally seen, not read.

Shakespeare Insult Generator: Thou Shall Say It Like Shakespeare Advertisement How would you like to be able to whip out a Shakespeare insult on the fly whenever necessary? This is such an oldie but a goodie. Even though reading Shakespeare might be more painful than poking your eyeballs out with an ice pick, the words in those books are kinda funny. It’s easy to use. There are a few people who have taken this rank elf-skinned clack-dish and turned it into an online version. Open Source Shakespeare: search Shakespeare's works, read the texts Romeo & Juliet Using this Guide List of other study guides The notes were prepared for use with an edition of Romeo and Juliet bound together with the book for West Side Story and in conjunction with a showing of Franco Zeffirelli's film version of the play, but they will be useful with any edition or production. The introduction focuses primarily on comparisons with West Side Story, so it has relatively little to say about the play as such. Although Shakespeare's dialogue often reads beautifully enough on the page, please keep in mind that he never intended his words to be read. Shakespeare wrote almost no original plots. Italian cities were infamous for their long-lasting, deadly feuds between prominent families. Prologue Modern taste prefers not to be told right at the beginning of a play how it will end; but many in Shakespeare's audience already knew the story and were looking to enjoy how well it was told, not seeking to be surprised by original plot turns. Act I: Scene 1 Act I: Scene 2

BBC History - William Shakespeare Romeo and Juliet Want more deets? We've also got a complete Online Course about Romeo and Juliet, with three weeks worth of readings and activities to make sure you know your stuff. Before young William Shakespeare wrote his play about two poetry speaking, hormone-driven teenagers who defy their families' long-standing feud and risk everything to be together, love wasn't even considered a suitable subject for a "tragedy." Not anymore. Written at the beginning of Shakespeare's career as a playwright, The Tragedy of Romeo and Juliet (c. 1595) is now considered to be the greatest love story of all time. It wasn't a sleeper hit, either: the play was so popular in its own time that it was published twice during Shakespeare's life (1597 and 1599). Shakespeare adapted the storyline from Arthur Brookes' popular Tragicall History of Romeus and Juliet (1562), a long English poem based on a story that dates back to a novella by Masuccio Salernitano called "Mariotto and Giannozza" (1476). Why? Our point?

How to make Shakespeare easy for English language learners Have you ever had difficulty relating Shakespeare to learners of English? Tutor and resource writer Genevieve White comes to the rescue, in time for Shakespeare Day and English Language Day today. Last year, I wrote an article extolling the joys of teaching Shakespeare to learners of English and outlining the reasons why teachers should bring the Bard into the classroom. Some of the comments I received on this post suggested that the linguistic challenges presented by sixteenth-century English are just too great to overcome. It is true that Shakespeare’s texts may present difficulties for contemporary readers, particularly those who do not have English as a first language. Make it attractive from the start Begin by piquing your learners’ interest. One of my own personal Shakespeare favourites is his famous tale of revenge, deceit and jealousy: Othello. In the past, I have introduced my learners to the story and its characters with a trailer. 1. 2. 3. So, be not infirm of purpose!

Romeo and Juliet by William Shakespeare te hell, all Montagues, and thee: Have at thee, coward! [They fight.] [Enter several of both Houses, who join the fray; then enter Citizens with clubs.] 1 Citizen. Clubs, bills, and partisans! [Enter Capulet in his gown, and Lady Capulet.] Capulet. Lady Capulet. Capulet. [Enter Montague and his Lady Montague.] Montague. Lady Montague. [Enter Prince, with Attendants.] Prince.