Video that will change your life. I have no words left. 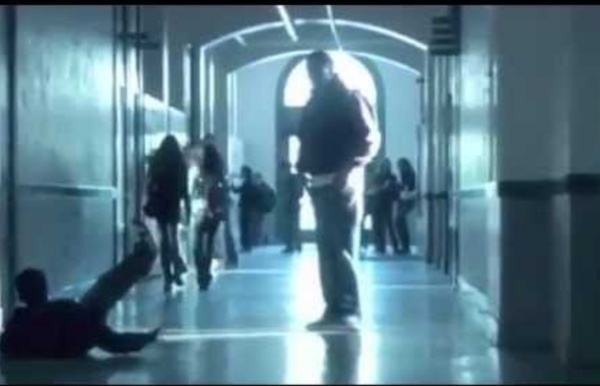 Developing fundamental movement skills » Managing sport » Sport New Zealand Back Resource using play and simple activities to get kids involved in games. With these concepts young people can move easily into modified sports and adult sports. Facebook Turns Red as SCOTUS Marriage Equality Hearings Begin Marriage equality activists are protesting outside the Supreme Court Tuesday, as the nation's highest court begins two days of hearings about two same-sex marriage laws. As can be expected in this day and age, the demonstrations are not only taking place in Washington. Facebook has become a hotbed for marriage equality supporters, as profile pictures change to a red version of the Human Rights Campaign's logo. The HRC, the largest lobby group for LGBT rights, shared a pink and red version of its navy blue and gold equality symbol logo on Facebook Monday. "Follow @HRC on Twitter and at www.hrc.org/blog for live-updates from the first day of at the Supreme Court hearings. Make sure you wear red to show your support for marriage equality.

Here's Nike's full ad featuring Colin Kaepernick and other athletes Just two days before, Kaepernick had shared a photo on Twitter of himself featured in Nike's new marketing campaign, which is tied to the 30th anniversary of its iconic "Just Do It" tagline. Due to Kaepernick's activism, the news quickly went viral, pulling waves of both support and backlash. #NikeBoycott was trending on Twitter by Tuesday morning, and Nike shares were falling as Wall Street reacted to the news. Kaepernick flew into the spotlight when, to protest racial injustice, he decided to kneel rather than stand for the national anthem before a 2016 National Football League preseason game. He's not currently signed with an NFL team and has since charged that the organization conspired to prevent him from getting signed to a team when he became a free agent. The NFL denies his allegation.

activee "Really awesome start to the year and the programme. In our first few games we found out a great deal about our students. One young lady in particular folded her arms so she couldn't be high-fived, free'd and rejoin the game. She chose instead the stand, arms crossed watching everyone else. We've had a number of really great conversations from this starter and the students are showing far more awareness of the effect of their levels of participation on others fun too." Harrisville Primary School Sensory overload – go through the experience. It’s eye opening! AUT_Blog_DTOP_BelowTitle_300x250 posted By A. Boyea The Good Project All of us encounter challenges in our lives. Sometimes these challenges are quickly or easily resolved. Other times, it is not clear what to do, and there is no right or wrong solution. This is a dilemma. When we are faced with a dilemma, it is important to stop and consider our choices carefully. We must also think about how our decisions will affect other people, our communities, and society.

Referee Courses - Bay Olympic CBR Refresher Course – not one scheduled for this year at Bay Olympic. Please contact Paul Smith, Auckland Football Referees Development Officer paul@aucklandfootball.org.nz to find out if your CBR qualification has expired and for details of any CBR Refresher Course being held during the year. Club Based Referee Course – cost $95 of which $50 will be subsidized by the club to be held on Wednesday 7th May & Wednesday 14th May from 6.30pm to 9.30pm at the club. This course is held over both Wednesday nights and you must attend both nights to complete the course, which concludes with a test on the last night.

Making Good Decisions The new module is based on the pre-existing GoodWork Toolkit, a curriculum developed to familiarize high schoolers with the meaning of “good work” — as defined by excellence, engagement, and ethics. The toolkit has been used in educational settings from elementary to graduate school and with professionals in sectors from education to business. The new module was created to make some that content more relevant to today’s digital learning landscape. The unit starts with the stories of two people who encounter dilemmas: In one, a young Asian-American actress considers whether to take a good role in a play, even though that role seems to reinforce Asian stereotypes. But the role could significantly boost her career, allowing her the influence she needs to change the paradigm, help other aspiring actors and actresses, and begin to do work that challenges stereotypes.

Kids on the Move Excite children ages three to seven by camouflaging fitness components in fun activities. As kids’ fitness instructors, our challenge is to help children de­velop active, positive lifestyles. In­tegrating knowledge and activity will help convince children that exercise is important to their well-being and increase the chance that physical activity will be­come a permanent part of their daily lives. Once children begin to regularly incorporate fitness into their experience, they are more likely to modify other health factors to complement their healthy lifestyles. But you may not be sure how to incorporate knowledge and fun physical activities into a class setting. School gets results by teaching reading in PE Each exercise students do in movement lab helps train their brain to read better. A growing body of research says more physically active kids do better in school. But, across the country, time for gym class and recess has been replaced with more sedentary time in classrooms.