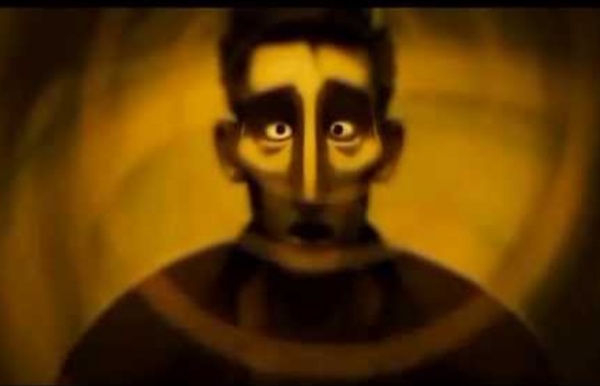 World Map Allen Ginsberg reads "After Lalon" Learned Optimism: Martin Seligman on Happiness, Depression, and the Meaningful Life by Maria Popova What 25 years of research reveal about the cognitive skills of happiness and finding life’s greater purpose. “The illiterate of the 21st century,” Alvin Toffler famously said, “will not be those who cannot read and write, but those who cannot learn, unlearn, and relearn.” Our outlook on the world and our daily choices of disposition and behavior are in many ways learned patterns to which Toffler’s insight applies with all the greater urgency — the capacity to “learn, unlearn, and relearn” emotional behaviors and psychological patterns is, indeed, a form of existential literacy. Last week, Oliver Burkeman’s provocatively titled new book, The Antidote: Happiness for People Who Can’t Stand Positive Thinking, prompted me to revisit an old favorite by Dr. Seligman begins by identifying the three types of happiness of which our favorite psychology grab-bag term is composed: The optimists and the pessimists: I have been studying them for the past twenty-five years. Share on Tumblr

Kierkegaard on Our Greatest Source of Unhappiness by Maria Popova Hope, memory, and how our chronic compulsion to flee from our own lives robs us of living. “How we spend our days is, of course, how we spend our lives,” Annie Dillard memorably wrote in reflecting on why presence matters more than productivity. “On how one orients himself to the moment depends the failure or fruitfulness of it,” Henry Miller asserted in his beautiful meditation on the art of living. In a chapter of the altogether indispensable 1843 treatise Either/Or: A Fragment of Life (public library), the influential Danish thinker Søren Kierkegaard (May 5, 1813–November 11, 1855), considered the first true existentialist philosopher, explores precisely that — how our constant escapism from our own lives is our greatest source of unhappiness. Kierkegaard, who was only thirty at the time, begins with an observation all the timelier today, amidst our culture of busy-as-a-badge-of-honor: The unhappy one is absent. Consider first the hoping individual. Donating = Loving

Maya Angelou on Identity and the Meaning of Life by Maria Popova “Life loves the liver of it. You must live and life will be good to you.” The light of the world has grown a little dimmer with the loss of the phenomenal Maya Angelou, but her legacy endures as a luminous beacon of strength, courage, and spiritual beauty. Angelou’s timeless wisdom shines with unparalleled light in a 1977 interview by journalist Judith Rich, found in Conversations with Maya Angelou (public library) — the same magnificent tome that gave us the beloved author’s conversation with Bill Moyers on freedom — in which Angelou explores issues of identity and the meaning of life. Reflecting on her life, Angelou — who rose to cultural prominence through the sheer tenacity of her character and talent, despite being born into a tumultuous working-class family, abandoned by her father at the age of three, and raped at the age of eight — tells Rich: I’ve been very fortunate… I seem to have a kind of blinkers. The kindnesses … I never forget them. Donating = Loving

Lucid Dreaming Techniques: A Guide To Lucid Dream Induction Here are my top lucid dreaming techniques for beginners. They range from simple memory exercises (like Reality Checks and Mnemonic Induction of Lucid Dreams) to specialized meditation (like Wake Induced Lucid Dreams). Lucid Dreaming Tutorials For step-by-step tutorials and audio tools for lucid dream induction and exploration, check out my Lucid Dreaming Fast Track study program for beginners and beyond. 52 Ways to Have Lucid Dreams A complete list of 52 ways to have lucid dreams - based on visualization, memory, supplements, sleep cycles and more methods than you can shake a stick at. How to Have Lucid Dreams A summary of my favorite lucid dreaming techniques, from improving dream recall, to programming your dreams, to meditation and self-hypnosis. How to Remember Your Dreams To lucid dream, you must first remember your dreams. Keeping a Dream Journal How to Perform Reality Checks How to Improve Your Self Awareness Lucid Dreams and Prospective Memory Dream Induced Lucid Dreams (DILDs)

How to Study Less by Learning Things Once You read over your notes. Then you read them over again. Then you read them over a third time. A lot of study time is wasted because of one problem: you fail to learn things the first time around. Repeatedly going over the same information like putting a band-aid over a sieve. The key to reducing the amount of time you study is simple: learn things the first time you see them, instead of after dozens of repetitions. This is all easier said than done. Step One: Find the Holes If you want to repair a leaky brain, you need to figure out where the holes are. What from this section am I most likely to forget? When you identify weak points, you can invest more time in fixing those instead of wasting time with a blanket studying technique of all information. Step Two: Repair Weak Points Once you’ve identified potential weak-points, you should immediately seek to fix them. Memorizing? Repairing weak points in your understanding isn’t that difficult – if you first know where they are.

How to Memorize Things Quickly People like to joke that the only thing you really “learn” in school is how to memorize. As it turns out, that’s not even the case for most of us. If you go around the room and ask a handful of people how to memorize things quickly, most of them will probably tell you repetition. That is so far from the truth, it’s running for office. If you want to memorize something quickly and thoroughly, repetition won’t cut it; however, recalling something will. The problem is that recalling something requires learning, and we all learn in different ways. Before we start, you need to establish something: are you an auditory, visual, or experiential learner? Step 1: Preparation To optimize your memorization session, pay close attention to which environment you choose. Next, start drinking some tea. As we get older, toxic chemicals will damage our neurons and synapses, leading to memory loss and even Alzheimer’s. Step 2: Record What You’re Memorizing Step 3: Write Everything Down Step 9: Take a break