Is Your Red The Same as my Red? 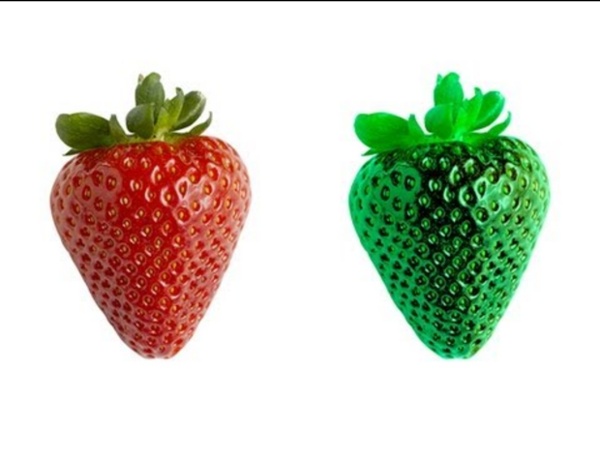 Why can't we trust what we see? Witnesses to a "murder" were tested on their powers of recollection The human memory can be impressive, but it is equally prone to letting us down. Now groundbreaking research has revealed the extent of just how fragile it can be - and how to use it better. You're in the pub and trouble starts. There is shouting, someone is stabbed, they die. It happened right in front of your eyes and the police want to speak to you. It's long been accepted that eyewitness testimony may not always be as reliable as it seems. But however fallible human memory is, it's often the only thing police have to go on and eyewitnesses have been responsible for sending people to prison ever since the justice system began - both rightly and wrongly. Now research has gone further than ever before to understand the fragile nature of our powers of recall. The project - involving the Open University, the BBC and Greater Manchester Police (GMP) - is groundbreaking in several ways. 'Appalling' 'Lifeblood' 'Empty the head'

Cariadoc's Miscellany: The Perfect Armor [This is an article from Cariadoc's Miscellany. The Miscellany is Copyright (c) by David Friedman and Elizabeth Cook, 1988, 1990, 1992. For copying details, see the Miscellany Introduction.] [ See also the new version of this article, The Perfect Armor (Improved). ] Suppose you were drawing up specifications for the perfect armor. It would be easy to make from inexpensive materials using commonly available tools. Hardened leather, also known as courbouilli, meets all of those requirements. In this essay, I will describe how to make several pieces of armor out of hardened leather: a bazuband (a medieval Islamic forearm and elbow protector), a klibanion (Byzantine body armor), a gauntlet and a basket hilt. To start, you need some leather. The thickness of leather is defined in ounces per square foot. Before you start making hardened leather armor, let me give you three warnings. The second warning is that wax can burn-which is why it is used to make candles. Figure 1 To Make a Bazuband

England riots: Timeline and map of violence Riots in London and around the country saw widespread looting and buildings set alight. Dozens were left homeless after a night of riots on the streets of Tottenham after a peaceful demonstration on 6 August over the death of a man who was shot by police turned violent. Here is a timeline of what happened, starting with most recent events. 00:22 BST - The Metropolitan Police say 1,103 people have now been arrested in connection with the riots and 654 people have been charged. Greater Manchester Police said they had so far made 147 arrests and more than 70 people had already gone through the courts. The night passes off peacefully - with officers still on the streets in large numbers. 21:50 BST - Metropolitan Police now say 1,009 people have been arrested in connection with the riots - and 464 have been charged so far. 20:04 BST - The debate concludes and the Commons adjourns. 10:57 BST - Housing minister Grant Shapps says 100 families have been made homeless following the disturbances.

$100 Genome Han Cao's nanofluidic chip could cut DNA sequencing costs dramatically. Nanoscale sorting: A tiny nanofluidic chip is the key to BioNanomatrix’s effort to sequence a human genome for just $100. Bionanomatrix In the corner of the small lab is a locked door with a colorful sign taped to the front: "$100 Genome Room--Authorized Persons Only." Despite many experts' doubt that whole-genome sequencing could be done for $1,000, let alone a 10th that much, BioNanomatrix believes it can reach the $100 target in five years. If the company succeeds, a physician could biopsy a cancer patient's tumor, sequence all its DNA, and use that information to determine a prognosis and prescribe treatment-- all for less than the cost of a chest x-ray. Cao's chip, which neatly aligns DNA, is essential to cheaper sequencing because double-stranded DNA, when left to its own devices, winds itself up into tight balls that are impossible to analyze.

Can you solve the prisoner hat riddle? - Alex Gendler The ‘prisoners and hats puzzle’ is a classic logic problem with many variants, some of which are described and summarized here. Like other puzzles where each player has information about the other players but not about themselves, they rely on inductive logic and the hierarchy of beliefs to figure out the other players’ thought processes to deduce the missing information. Just remember – if you try to stump other people with this kind of puzzle, make sure you have the right answer yourself. Love the challenge of this riddle? Can you solve the bridge riddle?

A beginner’s guide to building botnets—with little assembly required Have a plan to steal millions from banks and their customers but can't write a line of code? Want to get rich quick off advertising click fraud but "quick" doesn't include time to learn how to do it? No problem. Building successful malware is an expensive business. In the process, these big botnet platforms have created a whole ecosystem of software and services in an underground market catering to criminals without the skills to build it themselves. The customers of these services often plan more for the short term than the long game played by the big cyber-crime rings. So how easy is it to get into the botnet business? To assemble your list for some of the simplest get-rich-quick schemes, all you need is about $600, a little spare time, and no compunctions about breaking laws to make a profit. It looks like you’re trying to build a botnet… Of course, that price is for a particular type of botnet. With my rough estimate in place, it was time to actually start some research of my own.

Science Isn’t Broken If you follow the headlines, your confidence in science may have taken a hit lately. Peer review? More like self-review. An investigation in November uncovered a scam in which researchers were rubber-stamping their own work, circumventing peer review at five high-profile publishers. Taken together, headlines like these might suggest that science is a shady enterprise that spits out a bunch of dressed-up nonsense. If we’re going to rely on science as a means for reaching the truth — and it’s still the best tool we have — it’s important that we understand and respect just how difficult it is to get a rigorous result. If you tweaked the variables until you proved that Democrats are good for the economy, congrats; go vote for Hillary Clinton with a sense of purpose. The data in our interactive tool can be narrowed and expanded (p-hacked) to make either hypothesis appear correct. Which political party is best for the economy seems like a pretty straightforward question.

20 Awesome Resources for Twitter Bootstrap Lovers Generators Bootstrap Custom Build Before diving into great third party Bootstrap resources, it’s worth pointing out a great little tool right from Twitter that allows you to completely customize an impressive range of Boostrap features so that you can create a custom build that’s perfect for your project. If you haven’t checked out Bootstrap in a while, you should give this a look because it’s new with Twitter Bootstrap 2.0. Not only can you use it to take an overweight download and transform it into something lean, you can also save yourself a lot of CSS work by customizing colors, fonts etc. before you even initiate the download. StyleBootstrap.info As with Twitter’s own tool above, this tool allows you to use a simple interface to customize various aspects of Bootstrap. The app itself is also more visual than Twitter’s generator and allows you to see what your styles will look like before you hit that download button. Beautiful Buttons for Twitter Bootstrappers Theming BootstrapStyler

Base Need reasons to love Bootstrap? Look no further. By nerds, for nerds. Built at Twitter by @mdo and @fat, Bootstrap utilizes LESS CSS, is compiled via Node, and is managed through GitHub to help nerds do awesome stuff on the web. Made for everyone. Bootstrap was made to not only look and behave great in the latest desktop browsers (as well as IE7!) The history of African-American social dance - Camille A. Brown Interested in some more of the history of social dance in the black community? This article has some great references and video clips showing the dances described and discussed in this lesson: From juba to jitterbug to jookin: Black dance in America. The educator of this lesson has a wonderful site that will further inspire you to learn more about social dance. Interested in seeing a video clip from Mr. Photo credit for Camille A.