Self resonating powering circuit for HHO cell. Panasonic reduces size and price of “Ene-Farm” home fuel cell. By relying on a chemical reaction rather than combustion, fuel cells like the Bloom Energy Server are a more environmentally friendly source of electricity than fossil fuel burning power plants – they’re also easier to fit on a residential or commercial block. 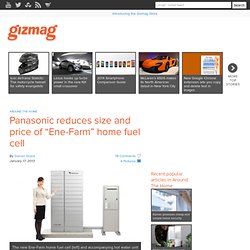 Unfortunately, their price is still prohibitively expensive for most people. But things are slowly improving as evidenced by Panasonic’s latest “Ene-Farm” home fuel cell, which was jointly developed with Tokyo Gas. Later this year, the unit will be sold in Japan by Tokyo Gas for 1,995,000 yen (approx. US$22,320). Welcome to The Hopewell Project. In 2006, the first Solar-Hydrogen Residence in North America was completed in Hopewell, New Jersey at the home of Mike Strizki. 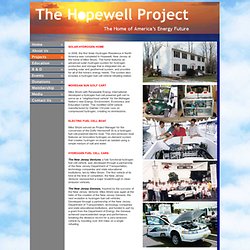 The home features an advanced solar-hydrogen system for hydrogen production and storage that is integrated into an existing solar and geothermal system, and provides for all of the home’s energy needs. The system also includes a hydrogen fuel cell vehicle refueling station. Mike Strizki with Renewable Energy International developed a hydrogen fuel cell powered golf cart to serve as a “neighborhood vehicle” for the Mohegan Nation’s new Energy, Environment, Economics and Education Center. This modified GEM vehicle manufactured by Daimler Chrysler runs on compressed hydrogen, creating no emmissions. 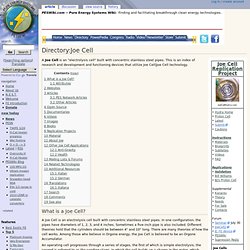 Once the water in the cell is sufficiently "charged," the cell can continue to operate with no external source of electric power. In one report [1], the cell is said to generate a gas that energetically implodes when ignited. Car that runs on nothing but water unveiled in Japan. No gasoline, no battery recharging and no emissions. “All that is necessary for the triumph of evil is for good men to do nothing. " ~ Edmund Burke Bill Clinton announced what it represented in his State of the Union Address Jan 27, 2000 ~ “It is a Rising Sun!” The Eye of Horus. A satanic Illuminati (enlightened) symbol for resurrection. Depicts pagans worshiping the Sun. The Sun was first worshiped in ancient Egypt as Horus (Lucifer), then as Ra and later as Amun-Ra. You can also see a pyramid in the logo - 2 hands raised and joined together giving homage to the Sun. Other Satanic subliminal (hidden) messages - the convention was held in Charlotte. 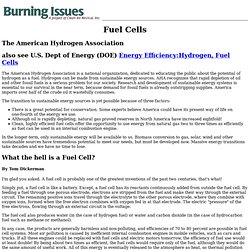 Dept of Energy (DOE) Energy Efficiency:Hydrogen, Fuel Cells The American Hydrogen Association is a national organization, dedicated to educating the public about the potential of hydrogen as a fuel. Hydrogen can be made from sustainable energy sources. AHA recognizes that rapid depletion of oil and other fossil fuels is a serious problem for our society. The transition to sustainable energy sources is yet possible because of three factors: There is a great potential for conservation. In the longer term, only sustainable energy will be available to us. Www.dtic.mil/ndia/2011power/Session3_12303_Christensen.pdf. Fuel Cell Technologies Program: Market Transformation. Significant research and development progress has paved the way for fuel cells to enter today's commercial marketplace for a variety of applications, including specialty vehicles and stationary and portable power. 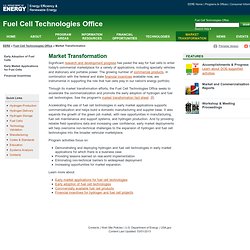 The growing number of commercial products, in combination with the federal and state financial incentives available now, are instrumental in supporting the role that fuel cells play in our nation's energy portfolio. Through its market transformation efforts, the Fuel Cell Technologies Office seeks to accelerate the commercialization and promote the early adoption of hydrogen and fuel cell technologies. See the program's market transformation fact sheet Accelerating the use of fuel cell technologies in early market applications supports commercialization and helps build a domestic manufacturing and supplier base.