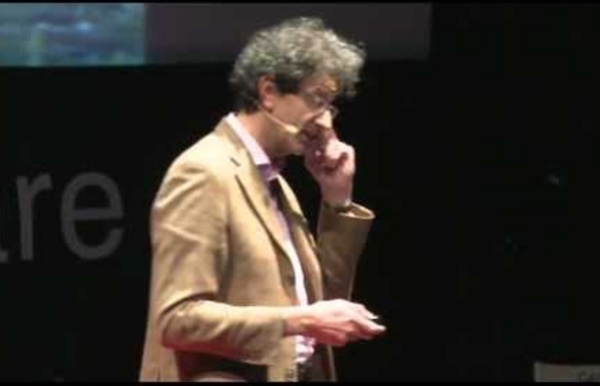 Do-ocracy - OSGeo A do-ocracy (also sometimes do-opoly, which is a more obvious pun on “duopoly”) is an organizational structure in which individuals choose roles and tasks for themselves and execute them. Responsibilities attach to people who do the work, rather than elected or selected officials. From: The OSGeo Way of Doing Things OSGeo has adopted a do-ocratic way of getting things done. The OSGeo Do-ocracy is implemented following some simple rules:

Gary Hamel: Reinventing the Technology of Human Accomplishment Watch Gary Hamel, celebrated management thinker and author and co-founder of the Management Innovation eXchange (MIX), make the case for reinventing management for the 21st century. In this fast-paced, idea-packed, 15-minute video essay, Hamel paints a vivid picture of what it means to build organizations that are fundamentally fit for the future—resilient, inventive, inspiring and accountable. "Modern” management is one of humanity’s most important inventions, Hamel argues. But it was developed more than a century ago to maximize standardization, specialization, hierarchy, control, and shareholder interests. This video is an excerpt from the University of Phoenix Distinguished Guest Video Lecture Series.

The Manager's New Role - Vineet Nayar by Vineet Nayar | 12:14 PM August 8, 2011 “My children don’t seem to need me anymore,” a friend complained to me the other day. That isn’t unusual; I often hear parents express their concerns about how little their children learn from them nowadays or ask them questions.

Birds of a feather (computing) In computing, BoF (birds of a feather) can refer to: An informal discussion group. Unlike special interest groups or working groups, BoFs are informal and often formed in an ad hoc manner. The acronym is used by the Internet Engineering Task Force (IETF) to denote initial meetings of members interested in a particular issue.A BoF session, an informal meeting at conferences, where the attendees group together based on a shared interest and carry out discussions without any pre-planned agenda. Gallup's StrengthsFinder Personality Test Preparation - Practice4Me Job seekers have become highly competitive, with the percentage of college graduates in the work world at an all-time high. With this information, how do we determine the best fit candidate? “What do you consider to be your strengths?” is one of the most common questions asked during job interviews.

Creativity, Inc. — Amy Wallace Overcoming the Unseen Forces That Stand in the Way of True Inspiration By Ed Catmull with Amy Wallace From Ed Catmull, co-founder (with Steve Jobs and John Lasseter) of Pixar Animation Studios, comes an incisive book about creativity in business—sure to appeal to readers of Daniel Pink, Tom Peters, and Chip and Dan Heath. Creativity, Inc. is a book for managers who want to lead their employees to new heights, a manual for anyone who strives for originality, and the first-ever, all-access trip into the nerve center of Pixar Animation—into the meetings, postmortems, and “Braintrust” sessions where some of the most successful films in history are made. It is, at heart, a book about how to build a creative culture—but it is also, as Pixar co-founder and president Ed Catmull writes, “an expression of the ideas that I believe make the best in us possible.”

Which Programming Languages Use the Least Electricity? – The New Stack Can energy usage data tell us anything about the quality of our programming languages? Last year a team of six researchers in Portugal from three different universities decided to investigate this question, ultimately releasing a paper titled “Energy Efficiency Across Programming Languages.” They ran the solutions to 10 programming problems written in 27 different languages, while carefully monitoring how much electricity each one used — as well as its speed and memory usage. The No-Managers Organizational Approach Doesn't Work Zappos may have discovered that employees need managers after all. The online shoe and clothing retailer's holacracy management system doesn't appear to be working. According to a recent New York Times article, Zappos continues to "hemorrhage employees" as a result of the companywide implementation of holacracy.