Migrant crisis: Greece starts deportations to Turkey. The first boats carrying migrants being deported from Greece have arrived in Turkey as part of an EU plan aimed at easing mass migration to Europe. 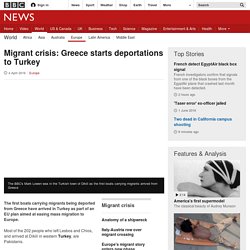 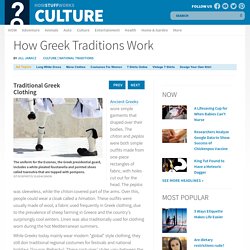 Social Culture of Greece. Of all the world's living cultures, Greece's is among the most ancient. 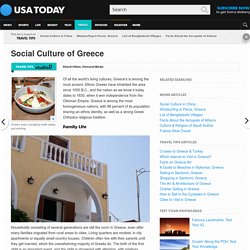 Ethnic Greeks have inhabited the area since 1000 B.C., and the nation as we know it today dates to 1830, when it won independence from the Ottoman Empire. Greece is among the most homogeneous nations, with 98 percent of its population sharing an ethnic identity, as well as a strong Greek Orthodox religious tradition. Family Life Households consisting of several generations are still the norm in Greece, even after many families migrated from rural areas to cities. 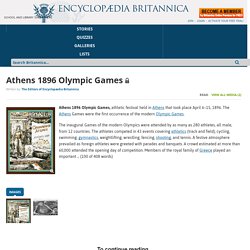 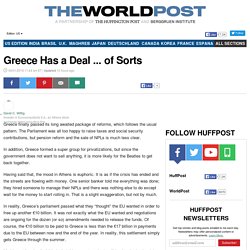 The Parliament was all too happy to raise taxes and social security contributions, but pension reform and the sale of NPLs is much less clear. In addition, Greece formed a super group for privatizations, but since the government does not want to sell anything, it is more likely for the Beatles to get back together. Having said that, the mood in Athens is euphoric. It is as if the crisis has ended and the streets are flowing with money. One senior banker told me everything was done; they hired someone to manage their NPLs and there was nothing else to do except wait for the money to start rolling in.

In reality, Greece’s parliament passed what they “thought” the EU wanted in order to free up another €10 billion. This means that we are headed for yet another major crisis. The obvious problem with this new settlement are several fold: The Soup Kitchens of Athens. Photo ATHENS — After last summer, when the clash between ’s Syriza government and the insolvent state’s creditors ended, the world’s media moved on. 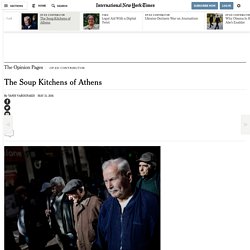 Greece’s rebellion against the austerity measures imposed on it was snuffed out in July 2015 when Prime Minister Alexis Tsipras folded. Greece’s disappearance from the financial headlines since then has been seen as a sign that its economy has stabilized. Sadly, it has not. Lest we forget, Greece had by 2015 already endured years of austerity. In comparative terms, by the proportion of national income diverted to reducing budget deficits, Greece had absorbed austerity measures almost nine times the magnitude of those imposed in Italy and about three times Portugal’s. Against this background, Greek voters elected my then party, Syriza, in January 2015 to negotiate an end to self-defeating austerity in exchange for serious reforms. Nothing Has Happened. No, you did not miss my last article; I have not written since January 24, 2016. 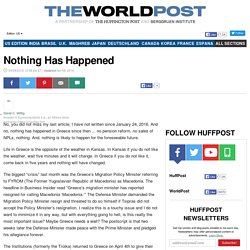 And no, nothing has happened in Greece since then ... no pension reform, no sales of NPLs, nothing. And, nothing is likely to happen for the foreseeable future. Greece spends all money received from EU to handle migrant crisis – official. 16 Food Reasons Greeks Are Better At Life (PHOTOS) We have the Greeks to thank for so much of our modern day society. 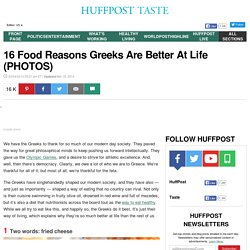 10 Things You Use Everyday, Thanks to the Ancient Greeks. 801 159Google +0 0 1 3006 You would think that in this day and age of techno-bliss that all of the really important inventions come from modern society. 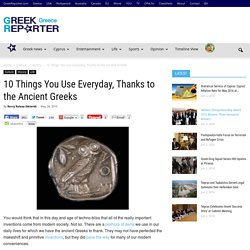 Not so. There are a plethora of items we use in our daily lives for which we have the ancient Greeks to thank. They may not have perfected the makeshift and primitive inventions, but they did pave the way for many of our modern conveniences. 1. Dating back to 428-348 BC, ancient Greek philosopher, Plato was the first to have an alarm clock. Hundreds hurt in police clashes at Greece-Macedonia border. Dozens of migrants and refugees were wounded on Sunday when Macedonian police fired teargas and rubber bullets at crowds on the Greek side of the border, aid workers said, in an act condemned by Greece as “dangerous and deplorable”. 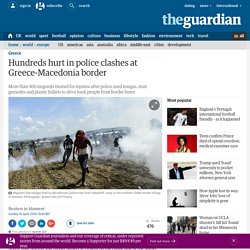 Amid Clashes, Greece Presses On With Plan to Deport Migrants. Photo PARIS — Violent clashes erupted in Greek refugee camps among panicked migrants as Greece and the European Union pressed ahead on Friday with their intention to expel them from Europe and deport thousands back to Turkey, despite strong objections from rights groups and relief officials who say the plan is illegal and inhumane. Drone footage of Greek border camp shows difficult conditions faced by migrants.

Conditions at the Idomeni border camp are poor, with tents pitched on muddy ground and a dire lack of sanitation facilities.