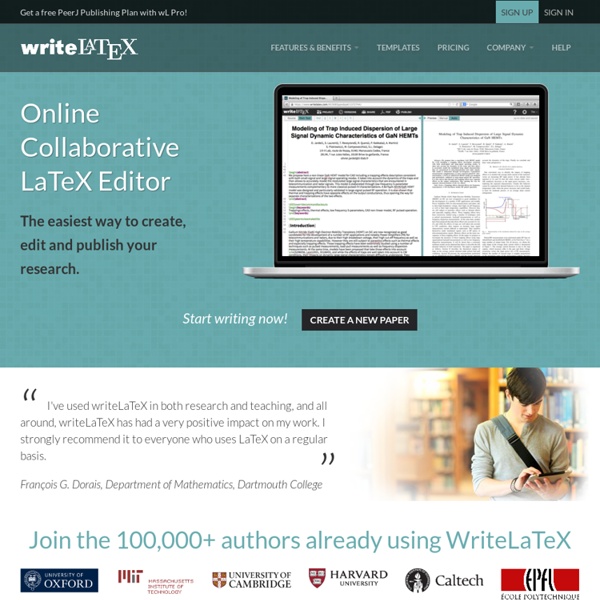 LaTeX:Commands From AoPSWiki This page introduces various useful commands for rendering math in LaTeX, as well as instructions for building your own commands. Math Commands Here are some commonly used math commands in LaTeX. Exponents and Subscripts Make exponents in LaTeX with ^ and subscripts with _ as shown in the examples below. Notice that we can apply both a subscript and an exponent at the same time, and that we can use {} to tell LaTeX what to apply a subscript or exponent to (compare the examples on the bottom row). Finally, notice that we use {} for any exponent or subscript that is more than one character. or when you really want Fractions Most fractions look better in display mode (remember, you don't need the declaration if you are in \[...\] or $$...$$ mode.) Use \cfrac for continued fractions: Radicals Sums, Products, Limits and Logarithms We use _ to get the 'bottom' parts of summations, products, and limits, as well as the subscripts of logarithms. Some of these are prettier in display mode: Mods

Home - AnnotateIt - Annotating the Web Getting Bibtex to spell out the first name OpenRefine Kippt, Pinboard Help Digg Users Find New Home For Old Data [Here's How] When Digg launched Version 4 in August 2010, users weren’t happy about it. Some called it a revolt. As Kevin Rose said recently in a Reddit AMA, the company made some decisions during the rollout that “went against its core” to stave off declining traffic. As the story goes, it wasn’t long before the layoffs started and Rose (and other execs) resigned from the company. Betaworks acquired Digg in July and put its News.me team in charge of the site. The new owners had focused on getting the new version up and operational (with less expensive infrastructure) instead, but they promised a rectification to the historic data problem in the near future. Yesterday, the team did just that and actually seems to have gone beyond what is usually characteristic for new management or a deadpooled/acquired startup to do in terms of access to historic data. Digg said via blog post: Users can also do the same for Pinboard, a simple, no-frills web archiving and bookmarking service.

Integrating Inkscape graphics in LaTeX Getting good-looking diagrams and figures into a LaTeX document can be tricky. My favourite software (and I think it ought to be anyone's favourite) for drawing such figures is Inkscape. This post explains how to get text in the proper font into Inkscape, how to put equations into Inkscape drawings, and how to get those drawings out of Inkscape and into your LaTeX document. It is a good idea to use the latest version of Inkscape, because the program is rapidly being improved all the time. LaTeX font in Inkscape To make your figure look good in its environment, you can use the same font family that the surrounding body text uses. Installing fonts As Computer Modern is written in the METAFONT format, it cannot be directly used in Inkscape. The BaKoMa font bundle provides the Computer Modern font in these and some more formats. Windows Open up Fonts in the Control Panel and drag-and-drop all files from the ttf directory into here. Ubuntu Linux Creating the figure Or, almost seamlessly.

Tabula Springpad The font - Thesis in LaTeX At the beginning of the thesis typesetting I used only one typeface — default LaTeX font, computer modern roman (CMR; see also Latin Modern): \usepackage[T1]{fontenc} After several months of working with 11pt CMR both on screen and paper, I have decided to look for some alternative, because CMR text appeared to me too "light". A brief search resulted in finding a good collection of free LaTeX fonts, where besides the font appearance one can get information on the installation and activation of a particular font in LaTeX. After few weeks of trying different fonts from that collection, I have stopped my choice on Bitstream Charter (Charter BT) as the font for the "body" text: \usepackage[T1]{fontenc}\usepackage[bitstream-charter]{mathdesign} Compared to other fonts, one of the things I really like in Charter is its good scalabilitybut I would not say this about bold Charter, at leastscalability of particular characters on screen. Greek "mu" story Headings Chapter title font