Xenophilia. Xenophily or xenophilia means an affection for unknown/foreign objects or people. 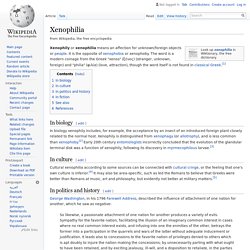 It is the opposite of xenophobia or xenophoby. The word is a modern coinage from the Greek "xenos" (ξένος) (stranger, unknown, foreign) and "philia" (φιλία) (love, attraction), though the word itself is not found in classical Greek.[1] In biology[edit] 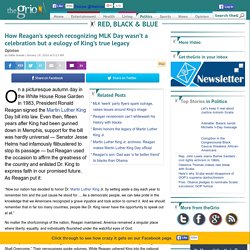 Even then, fifteen years after King had been gunned down in Memphis, support for the bill was hardly universal — Senator Jesse Helms had infamously filibustered to stop its passage — but Reagan used the occasion to affirm the greatness of the country and enlisted Dr. King to express faith in our promised future. As Reagan put it: “Now our nation has decided to honor Dr. The world is safer. But no one in Washington can talk about it. There’s one foreign policy fact that President Obama and Mitt Romney dare not mention this election season. 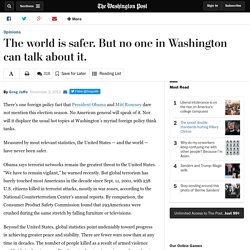 No American general will speak of it. Nor will it displace the usual hot topics at Washington’s myriad foreign policy think tanks. Measured by most relevant statistics, the United States — and the world — have never been safer. Obama says terrorist networks remain the greatest threat to the United States. “We have to remain vigilant,” he warned recently. Beyond the United States, global statistics point undeniably toward progress in achieving greater peace and stability. Romney, speaking to VFW, slams Obama on leaks, planned defense cuts. RENO, Nev. — Republican presidential candidate Mitt Romney outlined Tuesday an assertive American nationalism that would guide his foreign policy, calling for a more aggressive posture in confronting the United States’ rivals and more consistency in dealing with its allies. 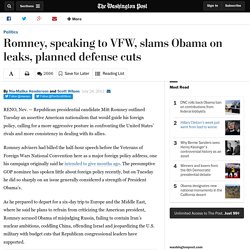 Romney advisers had billed the half-hour speech before the Veterans of Foreign Wars National Convention here as a major foreign policy address, one his campaign originally said he intended to give months ago. The presumptive GOP nominee has spoken little about foreign policy recently, but on Tuesday he did so sharply on an issue generally considered a strength of President Obama’s. Campaign 2016 Email Updates Get the best analysis of the presidential race. You’ve signed up for email updates on this story. Please provide a valid email address. The address, delivered with vigor, did not highlight the kind of specific policy approaches that Obama campaign advisers have called on Romney to present. 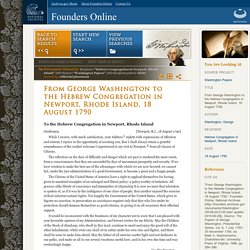 While I receive, with much satisfaction, your Address1 replete with expressions of affection and esteem; I rejoice in the opportunity of assuring you, that I shall always retain a grateful remembrance of the cordial welcome I experienced in my visit to Newport,2 from all classes of Citizens. The reflection on the days of difficulty and danger which are past is rendered the more sweet, from a consciousness that they are succeeded by days of uncommon prosperity and security. If we have wisdom to make the best use of the advantages with which we are now favored, we cannot fail, under the just administration of a good Government, to become a great and a happy people. The Citizens of the United States of America have a right to applaud themselves for having given to mankind examples of an enlarged and liberal policy: a policy worthy of imitation. From George Washington to the Hebrew Congregation in Newport … 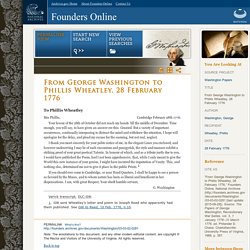 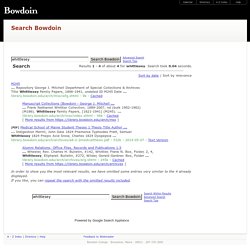 Mitchell ... [PDF] Medical School of Maine Student Theses 1 Thesis Title Author ... Alumni Relations: Office Files, Records and Publications 1.5. The Writings of George Washington, vol. III (1775-1776) Your kind congratulations on my appointment and arrival, demand my warmest acknowledgments, and will ever be retained in grateful remembrance. 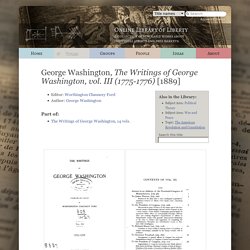 Edition: current; Page: [2] In exchanging the enjoyments of domestic life for the duties of my present honorable but arduous station, I only emulate the virtue and public spirit of the whole province of the Massachusetts Bay, which, with a firmness and patriotism without example in modern history, have sacrificed all the comforts of social and political life, in support of the rights of mankind, and the welfare of our common country. My highest ambition is to be the happy instrument of vindicating those rights, and to see this devoted province again restored to peace, liberty, and safety. America By Another Name. Is America a divided country? 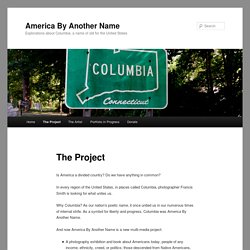 Do we have anything in common? In every region of the United States, in places called Columbia, photographer Francis Smith is looking for what unites us. Why Columbia? As our nation’s poetic name, it once united us in our numerous times of internal strife. As a symbol for liberty and progress, Columbia was America By Another Name. America By Another Name. On 11 July 1761, a recently kidnapped West African girl of seven or eight saw her journey into slavery end at the home of a Boston tailor and merchant named John Wheatley. 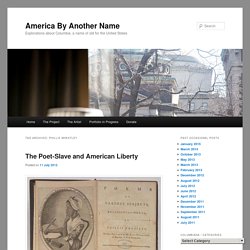 Wheatley_To-His-Excellency-General-Washington. To His Excellency General Washington.