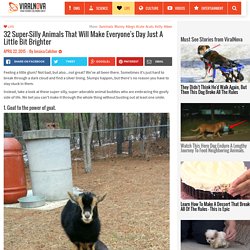 BBC - Earth - The 15 most amazing landscapes and rock formations. Fairy Chimneys, Turkey These strange conical spires are found in the Cappadocia region of Turkey. 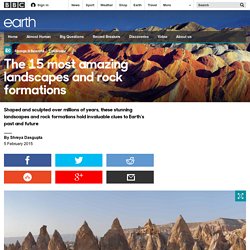 Several million years ago, active volcanoes spewed volcanic ash that covered the ground. Rainwater and wind eroded the soft compressed volcanic ash, leaving behind the harder overlying basalts, forming the fairy chimneys. Ha Long Bay, Vietnam This spectacular landscape is dotted with limestone pillars, arches and caves. According to legends, dragons created the islands and rocks to keep invaders out of Vietnam. Eye of the Sahara, Mauritania Formally known as the Richat Structure, the Eye of the Sahara looks like a bullseye from above. Located in the Sahara desert, it is a dome-shaped rock structure about 50 km across. The Great Blue Hole, Belize.

Douglas H. Wheelock sur Twitter : "Blue harbor in a vast sea of darkness - Earth. I wish we would #LookUp and find our place in the stars. #EarthDay2015. NS_MILKY_WAY_POSTER.0.jpg (JPEG Image, 4332 × 3295 pixels) - Scaled (23%) Earth Pics sur Twitter : "Tianzi Mountains, China... 5 Incredible Ice Formations in Nature - Earth Unplugged. Earth Pics sur Twitter : "A Maldives Beach Awash in Bioluminescent Phytoplankton Looks Like an Ocean of Stars... Earth - Beautiful images of Earth from space. Photography is part of an astronaut’s job description and the results produce a fantastic record of the Earth and its surroundings from hundreds of miles away. 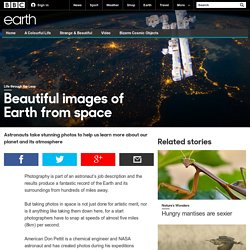 But taking photos in space is not just done for artistic merit, nor is it anything like taking them down here, for a start photographers have to snap at speeds of almost five miles (8km) per second. American Don Pettit is a chemical engineer and NASA astronaut and has created photos during his expeditions aboard the International Space Station (ISS). His first space flight was aboard the space shuttle Endeavour in 2002 and he has now spent over a year of his life on the ISS.

His images are part of a scientific log of more than 14 years; as of July 2012 about 1.2 million pictures had been taken. SmugMug Films have just released a video about how Don goes about capturing such breath-taking representations of the Earth. “When you take a timed exposure, the green glow shows up quite vividly,” says Don.

“And cities at night. CDJBug-W8AE9o_8.jpg:large (JPEG Image, 500 × 750 pixels) Fascinating Pictures sur Twitter : "Panoramic view taken while rolling down a hill... 50 Reasons to #LoveTheWorld. Capital - Living the good life with the super rich. Those who want a mix of east-meets-west head for Turkey. 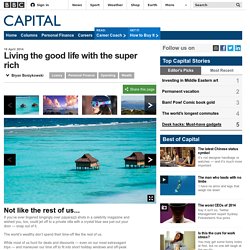 At the intersection of Europe and Asia, the country attracts wealthy visitors from every corner of the globe, said Fischer-Rosenthal. She sends her clients all over the country, but many spend time in Istanbul, the country’s largest city, along with Cappadocia, a luxury location in the centre of the country and Bodrum, a resort town on the nation’s south coast along the Aegean Sea.

Of course, the centuries-rich history is an attraction for the more-cultured wealthy traveller, but Turkey also has a number of high-end restaurants and a “really wonderful nightlife,” said Fischer-Rosenthal. In Bodrum (pictured above), the rich often stay in a Gulet, a Turkish boat that has between three and 12 rooms. From there, the boat, which comes with a crew, will sail around the coastline or into nearby Greece. Capital - Living the good life with the super rich. Earth Pics sur Twitter : "Mont Saint-Michel... Fascinating Pictures on Twitter: "A rare cloud formation called a mammatus in Regina, Saskatchewan. Life on Earth sur Twitter : "Milky Way over Crater Lake, Oregon. Earth Pics sur Twitter : "Everest... Earth Pics sur Twitter : "Galactic Dance. Mount Cook, New Zealand... Fascinating Pictures sur Twitter : "The moon kissing the ocean... John Denver - Live in Australia - I Want to Live. CC4HDuNW0AArWE1.jpg:large (JPEG Image, 499 × 334 pixels)

12 Before-And-After Photos Of Autumn ’s Beautiful TransformationsOnemorepost. Sometimes we fail to look around us and observe the changes in our surroundings as summer turns to autumn. 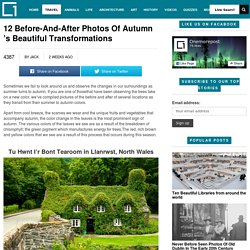 If you are one of thosethat have been observing the trees take on a new color, we’ve compiled pictures of the before and after of several locations as they transit from their summer to autumn colors. Apart from cool breeze, the scarves we wear and the unique fruits and vegetables that accompany autumn, the color change in the leaves is the most prominent sign of autumn.

The various colors of the leaves we see are as a result of the breakdown of chlorophyll; the green pigment which manufactures energy for trees.The red, rich brown and yellow colors that we see are a result of this process that occurs during this season. Tu Hwnt I’r Bont Tearoom in Llanrwst, North Wales image credits: unicorn81 image credits: g7preston Gapstow Bridge, New York, USA. 1/7 - Baikal Ice Emerald - The Most Amazing Ice Formations. Beautiful Oceanic Pictures. 10 Mystical Bridges That Will Take You To Another World - onemorepostOnemorepost. Celestial Dream An impressive bridge among the clouds looks simply great. 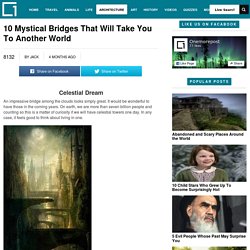 It would be wonderful to have those in the coming years. On earth, we are more than seven billion people and counting so this is a matter of curiosity if we will have celestial towers one day. In any case, it feels good to think about living in one. Amazing Construction It is a demanding job to construct a bridge which requires the labor of a lot people.

Welcome to Twitter - Login or Sign up. 22 Photographs Prove That Romania Is BeautifulOnemorepost. Romania, a country rich in culture, landscapes and almost untouched nature, not yet found by the masses and definitely a consideration for your next holiday plans. 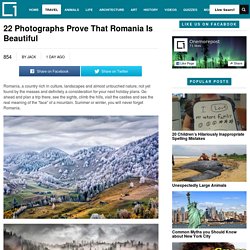 Go ahead and plan a trip there, see the sights, climb the hills, visit the castles and see the real meaning of the “face” of a mountain. Summer or winter, you will never forget Romania. 15 Unique Cloud Formations - OnemorepostOnemorepost. Looking up the sky can be fascinating because of the different cloud formations. 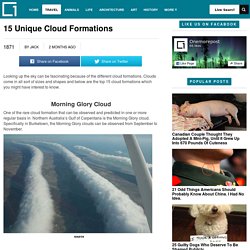 Clouds come in all sort of sizes and shapes and below are the top 15 cloud formations which you might have interest to know. Morning Glory Cloud One of the rare cloud formation that can be observed and predicted in one or more regular basis in Northern Australia’s Gulf of Carpentaria is the Morning Glory cloud. Specifically in Burketown, the Morning Glory clouds can be observed from September to November. Pileus clouds Pileus is made of horizontal, small, and altostratus clouds that appear atop of the cumulus clouds. Photos et vidéos de Life on Earth (@planetepics) THE LIFE NEUROTIC WITH STEVE'S ISSUES - photos by sverrir thorolfsson of the 2010... 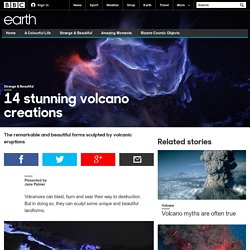 But in doing so, they can sculpt some unique and beautiful landforms. Blue flames of sulphur Kawah Ijen, a volcano in East Java, Indonesia, stands 2,600 metres tall and is topped with a large caldera and a 200-metre-deep lake of sulphuric acid. When the lava spills down the slopes it is interlaced with high temperature sulphuric gases. Once these gases make contact with oxygen in the air, they burn with eerie bright-blue flames. The World Outside My Window - Time Lapse of Earth from the ISS (4K) From Above - Astronaut Photography with Don Pettit. The Overview Effect. Planet Earth seen from space (Full HD 1080p) ORIGINAL. Earth - Why ancient myths about volcanoes are often true. Story has it that many hundreds of years ago, Tanovo, chief of the Fijian island Ono, was very partial to a late afternoon stroll. 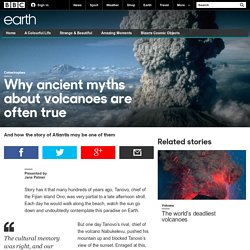 Each day he would walk along the beach, watch the sun go down and undoubtedly contemplate this paradise on Earth. The cultural memory was right, and our scientific surveys were wrong But one day Tanovo’s rival, chief of the volcano Nabukelevu, pushed his mountain up and blocked Tanovo’s view of the sunset. Enraged at this, and robbed of the pacifying effects of his daily meditation, Tanovo wove giant coconut-fibre baskets and began to remove earth from the mountain.

His rival, however, caught Tanovo and chased him away. When geologist Patrick Nunn first heard this myth, it made sense that it described the volcanic eruption of Nabukelevu, with the associated ash falls on other islands in the Kadavu group. You attribute it to supernatural forces and you say it is a battle between the giants and the gods Legend has it “This light bulb came on in my head.

Chris Hadfield sur Twitter : "It is oddly fascinating when the Moon blocks the Sun. And revealing.