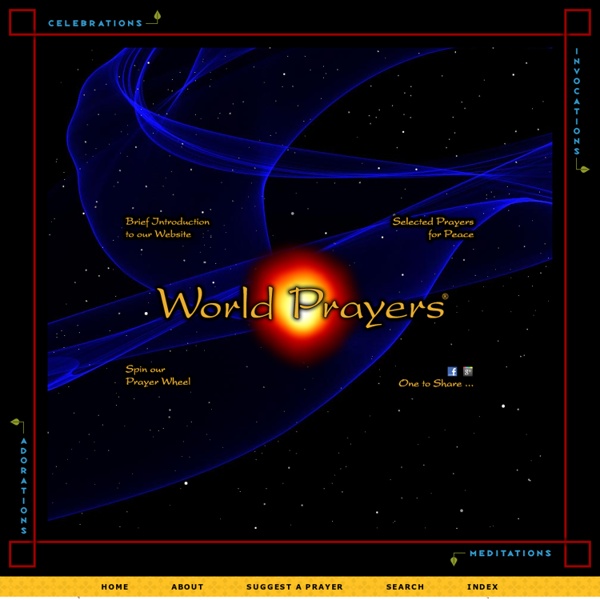 The Dalai Lama’s 18 Rules For Living May 6, 2011 | 42 Comments » | Topics: Life, List At the start of the new millennium the Dalai Lama apparently issued eighteen rules for living. Since word travels slowly in the digital age these have only just reached me. Crimes Against Humanity Having been conditioned your entire lives, the way we are all conditioned our entire lives, to receive sound-bite answers to questions we have never had the critical ability to form in our minds, forecloses our ability to interrogate reality and draw conclusions from it. That is the function of the media. That is the function of the educational system you understand. It's not to teach you to think critically, which is educational in value. It's to teach you what to think. That's indoctrination.

Demon Possession and Mental Illness Does demon possession exist today? If so, should it be considered in the differential diagnosis of mental illness? Chris Cook offers some insights from a Christian perspective. Christians have held many different views on how we should apply New Testament accounts of demon possession (or 'demonisation') to the construction of a contemporary understanding of spiritual and mental disease. Following the enlightenment, and particularly within more academic or scientific circles, it has been popular to 'demythologise' the Gospel stories of demon possession[1] Anthropologists, psychotherapists, psychologists and psychiatrists see beliefs about demonology as being culturally or socially determined explanations for problems which can otherwise be fully explained in sociological, psychodynamic, psychological or psychiatric terms.

Peace and Loveism - Experience the Consciousness Shift This summer the Peace and Loveism staff (sister organization of SHIFT>) will be immersing itself and documenting the wonderful Lucent Temple of Consciousness at Lightning in a Bottle! We are incredibly excited to share our experiences of this transcendental and transformational element of Lightning in a Bottle. We’ll be highlighting some amazing speakers, workshops, and meditations so stay tuned for our coverage next month!

Zentips 101 Most Inspiring Quotes of All Time by Celes on Jun 16, 2009 | ShareThis Email This Post This is volume 1 of the 101 Most Inspiring Quotes of All Time Series. Catholic Fire Addiction and Zen A handbook for addicts and those in recovery, and their families. Foreword I warmly recommend Mary Heath's article on The Benefits of Zen Meditation in Addiction and Recovery. Pearls Of Wisdom : Spiritual Inspirational Quotes, Wisdom & Sayings for Personal Growth

50 Classic Intelligent Quotes 50 intelligent quotes, ideal for Facebook status updates. 1. You can do anything, but not everything. 9 Mind-Bending Epiphanies That Turned My World Upside-Down Over the years I’ve learned dozens of little tricks and insights for making life more fulfilling. They’ve added up to a significant improvement in the ease and quality of my day-to-day life. But the major breakthroughs have come from a handful of insights that completely rocked my world and redefined reality forever. The world now seems to be a completely different one than the one I lived in about ten years ago, when I started looking into the mechanics of quality of life.

100 Quotes from The Secret Movie 1. We all work with one infinite power 2. Deism Deism ( i/ˈdiː.ɪzəm/[1][2] or /ˈdeɪ.ɪzəm/) is the belief that reason and observation of the natural world are sufficient to determine the existence of a Creator, accompanied with the rejection of revelation and authority as a source of religious knowledge.[3][4][5][6][7] Deism gained prominence in the 17th and 18th centuries during the Age of Enlightenment—especially in Britain, France, Germany, and the United States—among intellectuals raised as Christians who believed in one god, but found fault with organized religion and did not believe in supernatural events such as miracles, the inerrancy of scriptures, or the Trinity.[8] Deism is derived from deus, the Latin word for god. Deistic ideas influenced several leaders of the American and French Revolutions.[9] Two main forms of deism currently exist: classical deism and modern deism.[10] Overview[edit]

Gregorian Bivolaru - Karma Yoga Translation from Romanian: Rodica Harabagiu Final correction of text: NATHA,Copenhagen, 1999 Motto: "In a state of detachment perform what has to be done, no matter what it is, and never wish to assume the fruits of your doings." Karma Yoga represents one of the four main classic forms of Yoga. Karma Yoga represents a starting point and is an essential part of the teachings of Bhagavad Gita, this serves as sufficient ground for its authenticity. Like all other forms of Yoga, the main and final purpose of Karma Yoga is to facilitate and accelerate the spiritual evolution of its persistent practitioner.