Covenant of the Goddess 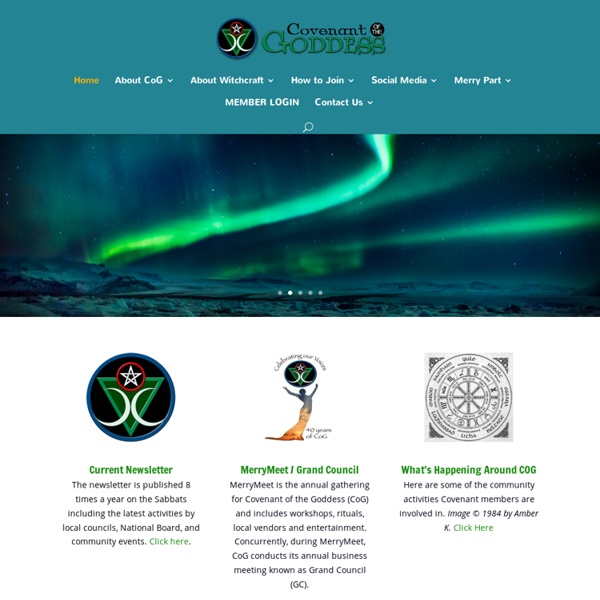 Witches' League for Public Awareness Rending the Veil Witchcraft The belief in and the practice of magic has been present since the earliest human cultures and continues to have an important religious and medicinal role in many cultures today.[1] "Magic is central not only in 'primitive' societies but in 'high cultural' societies as well... The concept of witchcraft as harmful is often treated as a cultural ideology providing a scapegoat for human misfortune.[3][4] This was particularly the case in the early modern period of Europe where witchcraft came to be seen as part of a vast diabolical conspiracy of individuals in league with the Devil undermining Christianity, eventually leading to large-scale witch-hunts, especially in Protestant Europe. Etymology[edit] From the Old English wiccecræft, compound of "wicce" ("witch") and "cræft" ("craft").[7] Definitions[edit] As in anthropology, European witchcraft is seen by historians as an ideology for explaining misfortune; however, this ideology manifested in diverse ways. Demonology[edit] White witches[edit]

Welcome to Bewitching Ways Please excuse the problems with the site. We ran into issues when loading it to the new server. We are working as quickly as possible to fix things. "Ten thousand years, we've struck the fire Creation's music freely sung With magick joined, we've praised the stars Since the world first begun. Welcome to Bewitching Ways, a site that will work to provide an online community as well as bring you all you need to aid you in the practice of The Craft. Register for a free ID and password to check out our message board or visit our chat room to get the latest on what's happening in our community. Clicking on the large pentacle at the bottom of any page or the nameplate on top will bring you back to this page. Hope you enjoy your visit! In perfect love and perfect trust, Apythia Editor/Owner Because what is remembered, lives. Fair use notice This Web site may contain copyrighted material whose use has not been specifically authorized by the copyright owner.