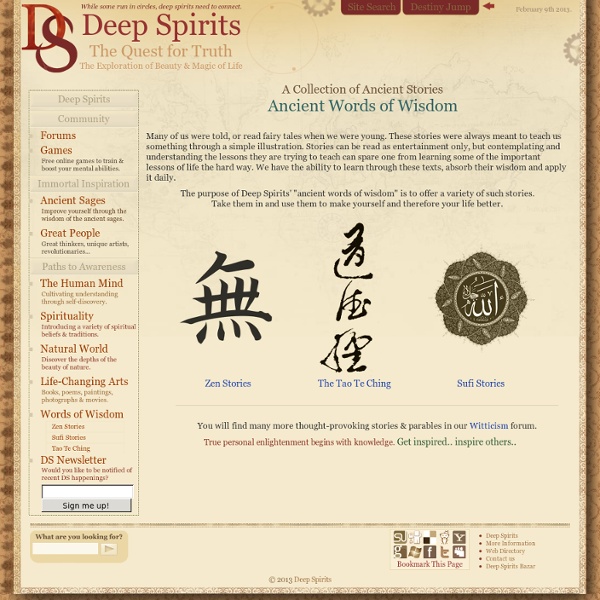 Make full use PARALLAX Global One TV - Spiritual TV elephant journal: Yoga, Sustainability, Politics, Spirituality. Family tree of the Greek gods Key: The essential Olympians' names are given in bold font. See also List of Greek mythological figures Notes External links Media related to Family trees of Greek mythology at Wikimedia Commons Oddity Central - Weird Places, Odd Events, Bizarre News, Strange People and A Lot More Eleusinian Mysteries Votive plaque depicting elements of the Eleusinian Mysteries, discovered in the sanctuary at Eleusis (mid-4th century BC) The rites, ceremonies, and beliefs were kept secret and consistently preserved from a hoary antiquity. The initiated believed that they would have a reward in the afterlife.[5] There are many paintings and pieces of pottery that depict various aspects of the Mysteries. Since the Mysteries involved visions and conjuring of an afterlife, some scholars believe that the power and longevity of the Eleusinian Mysteries came from psychedelic agents.[6] Mythology of Demeter and Persephone[edit] The Mysteries are related to a myth concerning Demeter, the goddess of agriculture and fertility as recounted in one of the Homeric Hymns (c. 650 BC). According to the myth, during her search Demeter traveled long distances and had many minor adventures along the way. Mysteries[edit] Participants[edit] To participate in these mysteries one had to swear a vow of secrecy. Secrets[edit]

Heimdallr Heimdallr brings forth the gift of the gods to mankind (1907) by Nils Asplund In Norse mythology, Heimdallr is a god who possesses the resounding horn Gjallarhorn, owns the golden-maned horse Gulltoppr, has gold teeth, and is the son of Nine Mothers. Heimdallr is attested as possessing foreknowledge, keen eyesight and hearing, is described as "the whitest of the gods", and keeps watch for the onset of Ragnarök while drinking fine mead in his dwelling Himinbjörg, located where the burning rainbow bridge Bifröst meets heaven. Heimdallr is said to be the originator of social classes among humanity and once regained Freyja's treasured possession Brísingamen while doing battle in the shape of a seal with Loki. Heimdallr is attested in the Poetic Edda, compiled in the 13th century from earlier traditional material; in the Prose Edda and Heimskringla, both written in the 13th century by Snorri Sturluson; in the poetry of skalds; and on an Old Norse runic inscription found in England.