A Warm Embrace - The Great Bell Chant (The End of Suffering) 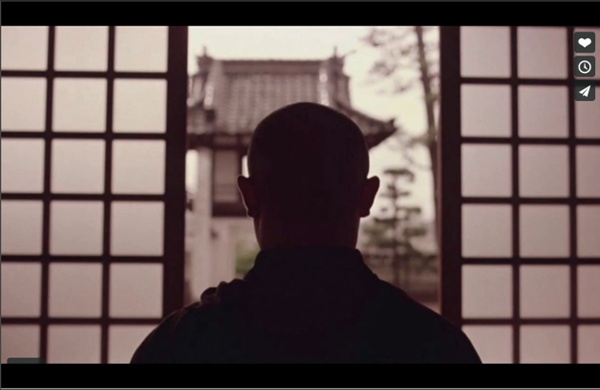 Scientist proves that humans are psychic There's a reason why most people don't consider parapsychology a real science: the methods are usually suspect and the results are usually crazy. But a leading social journal is publishing a paper proving that people can predict the future, and this time, the research is solid. Precognition is the ability to accurately predict future events without having any information about those events, and it's impossible. If it weren't impossible, it would mean that there was some kind of totally bizarre violation of the rules of time and space going on. Despite the inclination of the rest of the universe to behave itself, one psychologist has been able to provide experimental evidence that humans are actually capable of precognition.

Ishtar Ishtar (pronounced /ˈɪʃtɑːr/; Transliteration: DIŠTAR; Akkadian: 𒀭𒈹 ; Sumerian 𒀭𒌋𒁯) is the East Semitic Akkadian, Assyrian and Babylonian goddess of fertility, love, war, and sex.[1] She is the counterpart to the Sumerian Inanna, and is the cognate for the Northwest Semitic Aramean goddess Astarte. Characteristics[edit] Ishtar was the goddess of love, war, fertility, and sexuality. Ishtar was the daughter of Ninurta.[2] She was particularly worshipped in northern Mesopotamia, at the Assyrian cities of Nineveh, Ashur and Arbela (Erbil).[2]

Rebirth Where do we come from and where are we going? There are three possible answers to this question. Those who believe in a god or gods usually claim that before an individual is created, he does not exist, then he comes into being through the will of a god. Kāla (time) Head of Kala carved on top of Kidal temple portal, East Java. Kālá (Sanskrit: काल, IPA: [kɑːˈlə]) is a Sanskrit word which means "Time".[1] It is also the name of a deity in which sense it is not always distinguishable from kāla meaning "black". It often used as one of the various names or forms of Yama. Monier-Williams's widely used Sanskrit-English dictionary[2] lists two distinct words with the form kāla. Thanissaro Bhikkhu: (Geoffrey DeGraff) In addition to the titles listed below, Thanissaro Bhikkhu has also translated into English many books by masters of the Thai forest traditions, including Upasika Kee Nanayon and Ajaans Lee, Fuang, and Maha Boowa. An anthology of his sutta translations is available in a four-volume series of books entitled Handful of Leaves, available from Metta Forest Monastery. He has also prepared a number of Study Guides on various topics of interest to Buddhist practitioners. Books that are available free of charge in printed form are marked thus: Note: For the most up-to-date collection of articles and books by Thanissaro Bhikkhu, see dhammatalks.org.

Ori (Yoruba) Ori is a metaphysical concept important to Yoruba spirituality and philosophy. Ori, literally meaning "head," refers to one's spiritual intuition and destiny. It is the reflective spark of human consciousness embedded into the human essence, and therefore is often personified as an Orisha in its own right . In Yoruba tradition, it is believed that human beings are able to heal themselves both spiritually and physically by working with the Orishas to achieve a balanced character, or iwa-pele.

The Spontaneous Creation of New Information: An Interview with James Kent about his new book, Psychedelic Information Theory R.U. Sirius November 14, 2010 Psychedelic drugs hold a strange position within the enhancement community. Baal Bronze figurine of a Baal, ca. 14th–12th century BC, found at Ras Shamra (ancient Ugarit) near the Phoenician coast. Musée du Louvre. "Baal" may refer to any god and even to human officials. In some texts it is used for Hadad, a god of thunderstorms, fertility and agriculture, and the lord of Heaven. Since only priests were allowed to utter his divine name, Hadad, Ba‛al was commonly used. Zen, Buddhism, and Personality Zen, Buddhism, and Personality Buddhism began in India in 6th century BC. Arose out of a dissatisfaction with the Hindu tradition Brahma Etymology[edit] In Sanskrit grammar, the noun stem brahman forms two distinct nouns; one is a neuter noun bráhman, whose nominative singular form is brahma ब्रह्म; this noun has a generalized and abstract meaning. Contrasted to the neuter noun is the masculine noun brahmán, whose nominative singular form is brahmā ब्रह्मा. This noun is used to refer to a person, and as the proper name of a deity Brahmā it is the subject matter of the present article. Origin[edit] According to Shri Madha Bhagawata Mahapurana, Brahmā was born through Vishnu's navel, Vishnu is the main source of whatsoever exists in the world; that is created by him of a part of his own body materials in this universe,;later he was wondered about the establishment of Mankind in the planet, hence at first he has created a lotus from his navel and from lotus Brahmā origin.

101 Zen Stories Soyen Shaku, the first Zen teacher to come to America, said: "My heart burns like fire but my eyes are as cold as dead ashes." He made the following rules which he practiced every day of his life. In the morning before dressing, light incense and meditate. Retire at a regular hour. Partake of food at regular intervals. Brahman In Hinduism, Brahman (ब्रह्मन् brahman) is "the unchanging reality amidst and beyond the world",[2] which "cannot be exactly defined". It has been described in Sanskrit as Sat-cit-ānanda (being-consciousness-bliss) and as the highest reality.[note 1][note 2] The Isha Upanishad says: Auṃ – That supreme Brahman is infinite, and this conditioned Brahman is infinite.

Review of Galantamine: the Lucid Dreaming Pill So you’re considering the red pill… Galantamine has emerged as THE lucid dreaming pill. This natural supplement has been used for centuries in China as a memory enhancer, and was even noted by the ancient Greeks for its powerful mind-inducing effects. Now we know that galantamine indirectly promotes dreaming sleep as well as lucid dreaming, which is the art of becoming self-aware in your dreams. There’s a lot of hype about galantamine, so I want to cover the basics about how it works on the brain, the studies that have proven its effectiveness, and my personal recommendations for experimentation with this safe and natural supplement. I also want to be brutally honest about some of the mild psychological and physical side effects as well. The Dagda Description[edit] Despite his great power and prestige, the Dagda is sometimes depicted as oafish and crude, even comical, wearing a short, rough tunic that barely covers his rump, dragging his great penis on the ground.[1] Such features are thought to be the additions of Christian redactors for comedic purposes. Tellingly, the Middle Irish language Coir Anmann (The Fitness of Names) paints a less clownish picture: "He was a beautiful god of the heathens, for the Tuatha Dé Danann worshipped him: for he was an earth-god to them because of the greatness of his (magical) power."[2]