What is Positive Psychology? 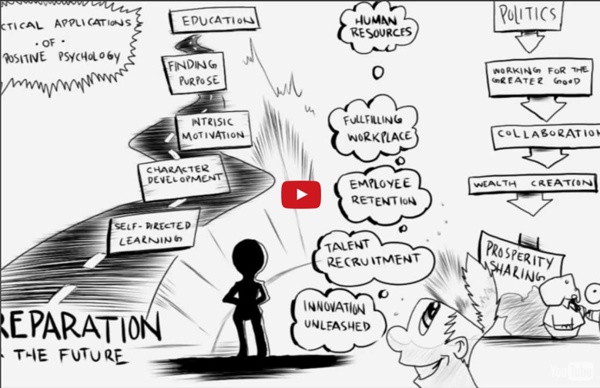 The Good Listener: What's The Perfect Soundtrack To Teenage Flirtation? : All Songs Considered We get a lot of mail at NPR Music, and amid the Bachelor Bouquets we ordered ourselves in order to appear loved is a slew of smart questions about how music fits into our lives — and, this week, thoughts on music to play at a dance for nervous, flirtatious teenagers. Nanna writes via Facebook: "This Valentine's Day, I will attend a formal thrown for freshman and sophomore college students in the Netherlands — they are giving us, the lecturers, free drinks, so how could I not? — and I'm already massively looking forward to observing awkward late-teens eyeing each other and trying to flirt. What would be the best soundtrack to this particular event?"

Positive Psychology Examples: 5 Ways to Put it Into Practice “The aim of Positive Psychology is to catalyze a change in Psychology from a preoccupation only with repairing the worst things in life to also building the best qualities in life.” – Martin Seligman Positive Psychology is first and foremost psychology, but its focus is the scientific study of positive experiences, states and traits. It was born out of the awareness that the focus on the dysfunctional and pathological needed to be complemented by the understanding of the conditions that lead to optimal functioning.

Our Use Of Little Words Can, Uh, Reveal Hidden Interests Katherine Streeter for NPR One Friday night, 30 men and 30 women gathered at a hotel restaurant in Washington, D.C. Their goal was love, or maybe sex, or maybe some combination of the two. They were there for speed dating. The women sat at separate numbered tables while the men moved down the line, and for two solid hours they did a rotation, making small talk with people they did not know, one after another, in three-minute increments. I had gone to record the night, which was put on by a company called Professionals in the City, and what struck me was the noise in the room.

Five Things Positive Psychology Wants You To Know The virtues of actively cultivating the components of positive thinking were extolled, the widespread benefits of engaging one’s strengths toward something larger and more meaningful than the self were highlighted, and the ways in which a positive bend actually combats several symptoms of distress were pinpointed. So the 2016 Canadian Positive Psychology Conference began. And while positive psychology has often been described as simply “happyology”, when Martin Seligman – widely recognized as the father of positive psychology – was elected president of the American Psychological Association in 1998, his aim was not just to make the world happier. Instead, Seligman wanted to shift to the traditional focus of psychology – one that had been defined by studying, diagnosing, and treating what is wrong with a person.

Schizophrenia Revealed To Be 8 Genetically Distinct Disorders Just over 1 percent of the American population has been diagnosed with schizophrenia, a severe mental disorder that causes debilitating symptoms including paranoid delusions, auditory hallucinations, and impaired social behavior. A new study has revealed that schizophrenia is not one disease, but eight disorders with genetically distinct causes. This could dramatically change how schizophrenia is diagnosed and treated. The research was led by C. Robert Cloninger of Washington University School of Medicine in St. Louis and the results were published in The American Journal of Psychiatry.

6 Exercises for Positive Emotions: Start Your Upward Spiral Today Home » Positive Emotions » 6 Exercises for Positive Emotions: Start Your Upward Spiral Today Over the past few years, many researchers have found new and scientifically proven ways to increase positive emotions and well-being. From Martin Seligman to Barbera Fredrickson, from Jon Kabat-Zinn to Amy Cuddy. All of them have discovered and shared a number of different practices to help increase the level of positivity you can experience in your life. The six techniques described below have all been shown to boost positive emotions, albeit with a certain amount of commitment and practice. Depending on your preferences, you might find some techniques suit you more than others but let us introduce six exercises.

What teens really want to know about sex On the first day of my Sexuality and Society class, I don’t pass around anatomy drawings. I don’t hand out pamphlets about safer sex, although those are stacked on a table near the door. Instead, the first thing I do is establish ground rules. Do Happiness Interventions Really Work? Do you long to be happier? From the science of happiness to self-help books there seems to be no-end of suggestions of how to be happier. But does any of it really work long-term? How Language Seems To Shape One's View Of The World "It's on the left," he says. "No, it's southeast of here," she says. iStockphoto hide caption itoggle caption iStockphoto "It's on the left," he says.