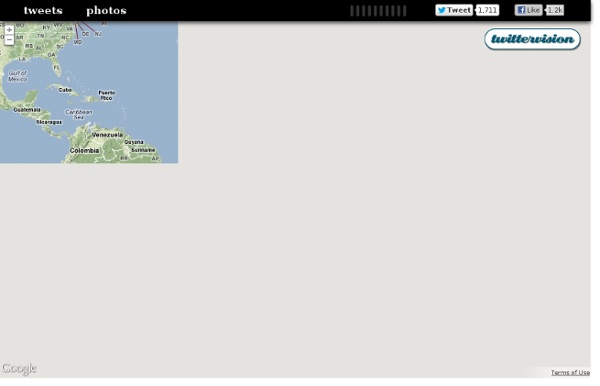 Streamdın We create amazing digital experiences We are digital strategists, creatives, engineers, and mentors. We are the digital agency of today creating amazing iPhone, iPad, Android, and Web experiences for tomorrow. By the numbers How to Use Google Search More Effectively [INFOGRAPHIC] Among certain circles (my family, some of my coworkers, etc.) I'm known for my Googling skills. I can find anything, anywhere, in no time flat. My Google-fu is a helpful skill, but not one that's shrouded in too much mystery — I've just mastered some very helpful search tricks and shortcuts and learned to quickly identify the best info in a list of results. Sadly, though web searches have become and integral part of the academic research landscape, the art of the Google search is an increasingly lost one.

Integrating Maps into Your Java Web Application with Google Maps and Ajax Interactive maps are becoming more and more widespread in modern web applications. Potential uses abound: real estate and tourism are two obvious domains where interactive maps can provide real added value, but there are dozens of others as well. However, although many of today's web applications could make good use of integrated mapping software, development teams often shy away from the complexity of integrating a full-fledged geographical database system. Indeed, while clickable maps have been around for years, truly interactive maps, which interact in real time with a server application, have always been considerably more complex. Until now.

Building a Facebook Timeline for Higher Education So what does the roll out of Facebook Timeline mean for higher education beyond bigger pictures and a new way of doing things? Plenty. Colleges and universities around the country are always searching for better ways to tell their story. They struggle with the simple ways to talk about all they have going on.

Maps User Guide - My Maps Create custom maps with Maps Engine Lite (Beta). For example, you can make a map of all the best restaurants in your area. Once you've created a custom map, you can open it in Google Maps. If you created custom maps using My Maps in the past, you can still open them in Google Maps. Create a custom map Sign in to the classic Google Maps. How does MediaWiki work? You probably know Wikipedia, the free encyclopedia, and may possibly be a little bit confused by similar, but different, words such as Wiki, Wikimedia or MediaWiki. To avoid a possible confusion between the words you may first want to read the article about the names where the differences are explained. General Overview

» How to develop a Google Maps mashup In my previous post I noted that Google Maps has released Version 2 of its API. In this post I thought I'd talk more about how you can start developing with Google Maps. Mashups are all the rage, so if you're a developer or just like to remix things - now's a good time to jump in and build one! Wiki CMS Groupware The Tiki Community is proud to announce the release of , the latest version of Tiki Wiki CMS Groupware. This release, with more than 1,000 code contributions by dozens of Tiki Community members, includes many new features, some architectural enhancements, and many bug fixes. Some of these new features include: Improved batch actions based on a URL with a token access.

Google Maps Mashups and the Elusive Business Model - Mashable* John Musser over at ProgrammableWeb (a great source for info on APIs, I might add!) has posted about the NY Times article * on Google Maps mashups. John has picked out some fairly cool mashups that are worth mentioning: HomePriceRecords : Combines home sales data with Google maps. fboweb.com : Lets you search for flights and see the current location plotted on a Google Map. Essential Resources for Google Maps - lifehack.org Last Update: 2005/11/19 – Added GChart – What time is it application.Update: For voting your favorite (thanks to J. Shirley’s recommendation), I have created a poll at Lifehack.Community. Cast your vote and feel free to recommend more implementation and I will add it on the poll list!

A Google Maps mash-up Since Google published its Maps API, numerous applications, called mash-ups, have been developed that integrate customized data on top of Google's map interface. With the Maps API, it's straightforward to center a map at a given location, add markers, and display content in info windows—especially if the location is static. However, if the location is driven by user input or retrieved dynamically, the process is somewhat more complex because of the need to geo-code the address. This article attempts to solve that problem by demonstrating a typical mash-up scenario that integrates an external datasource with Google maps. While the example application we demonstrate here is simplistic and can be completed with fewer steps, the suggested underlying framework can be leveraged to create more robust mash-ups, and should prove useful for those developers looking to integrate external datasources into their existing Java-based Web applications.

Network Weather Maps - Mappa.Mundi Magazine - Map of the Month Mostly Cloudy, Clearing Later: Network Weather Maps In sketches and diagrams the Internet is often represented by the graphic shorthand of a cloud. The Internet cloud is quick and easy to draw and useful to hide the complexity of the networks [1].