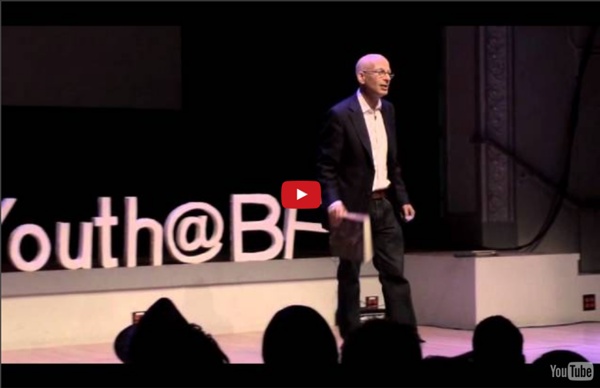 How to Discover Your Career Sweet Spot Do you know your “sweet spot” when it comes to work? I often find that many people don’t have the first clue. Sometimes we discover our strengths over many years of trial and error. We throw ourselves into work situations that don’t fit our strengths well and then we become frustrated with our lack of progress. We see other people in our same field and wonder why it seems so easy for them and yet hard for us. What Americans Keep Ignoring About Finland's School Success - Anu Partanen The Scandinavian country is an education superpower because it values equality more than excellence. Sergey Ivanov/Flickr Everyone agrees the United States needs to improve its education system dramatically, but how? How Minecraft and Duct Tape Wallets Prepare Our Kids for Jobs That Don’t Exist Yet EdSurge Newsletters Receive weekly emails on edtech products, companies, and events that matter. When I was 11 I loved designing web pages and playing Sim City. Adults in my life didn’t recognize these skills as valuable, so neither did I.

Rita F. Pierson: WATCH: How A Teacher Encouraged Her Students With An 'F' TED and The Huffington Post are excited to bring you TEDWeekends, a curated weekend program that introduces a powerful "idea worth spreading" every Friday, anchored in an exceptional TEDTalk. This week's TEDTalk is accompanied by an original blog post from the featured speaker, along with new op-eds, thoughts and responses from the HuffPost community. Watch the talk above, read the blog post and tell us your thoughts below. Become part of the conversation! This blog was produced in collaboration with TED for the TED Talks Education Special.

How helicopter parents can ruin kids' job prospects Hiring managers find that some parents are overly involved in their kids' first jobs"Helicopter parents" might call to inquire about benefits or job dutiesThese parents can diminish their children's credibility and independenceEmployers and behavior experts advise allowing a child to make mistakes and grow (CNN) -- Nicole Williams thought she had found the ideal job applicant -- until a phone call came from Mom. Only thing was it wasn't her mom; it was the potential employee's. "She wanted to know everything from where [the job candidate] would be sitting to a review of her responsibilities," said Williams, the career expert for LinkedIn, the professional networking site.

Debunking the Genius Myth Picture a “genius” — you’ll probably conjure an image of an Einstein-like character, an older man in a rumpled suit, disorganized and distracted even as he, almost accidentally, stumbles upon his next “big idea.” In truth, the acclaimed scientist actually said, “It’s not that I’m so smart, it’s just that I stay with problems longer.” But the narrative around Einstein and a lot of accomplished geniuses — think Ben Franklin, the key and the bolt of lightning — tends to focus more on mind-blowing talent and less on the hard work behind the rise to success. A downside of the genius mythology results in many kids trudging through school believing that a great student is born, not made — lucky or unlucky, Einstein or Everyman. Harvard-educated tutors Hunter Maats and Katie O’Brien began to notice that this belief about being born smart was creating a lot of frustration for the kids they tutored, and sometimes unwittingly reinforced by their parents.

The Mentorship Journey Where are you going and who’s taking you there? You might’ve noticed that I write a lot about mentorship. I have a post about it HERE and HERE TOO – have a read after this post! I have been fortunate to have had several amazing mentors, whether they were from a formal program or informally as well. What we can learn from Finland’s successful school reform Finland came from behind to become the world leader in student achievement. Their strategy is the opposite of what we’re doing in America. Illustration by M. Glenwood

Finnish Education Chief: 'We Created a School System Based on Equality' - Christine Gross-Loh Finnish education often seems paradoxical to outside observers because it appears to break a lot of the rules we take for granted. Finnish children don’t begin school until age 7. They have more recess, shorter school hours than many U.S. children do (nearly 300 fewer hours per year in elementary school), and the lightest homework load of any industrialized nation. The Real Reason Your Job Isn't the Right Fit Have you ever been told how lucky you are to have your job—and felt a sense of utter confusion? Maybe you just can’t put your finger on what exactly you don’t like about your current role, and because of that you’re still there, especially since people keep telling you how happy you should be. If this is you, fret not. This could be a case of unidentified career values. What are Career Values?

Sloan-C eLearning Landscape At a recent conference, David Wiley, open education pioneer said that MOOCs (massive open online courses) were essentially 1999 online learning with the password protection taken away. He’s certainly not alone in his dislike of all things MOOC – and no wonder. In the last three years the theory-work of decades of educators has been ignored and co-opted. A few good self-branders have suddenly discovered people can learn online. Worse, these people are becoming the voices of online learning and are, in some cases, claiming to be the discoverers of educational approaches we’ve all been using since the dawn of the Internet.

This Super Stylish 9-Year-Old CEO Will Make You Feel Lazy By now, you've probably seen a fair share of kids who dress better than adults. But have you ever seen a kid with an absurdly keen fashion sense who is also the CEO of his own company at age 9? Meet Mr. Cory, founder and CEO of Mr. Cory's Cookies (yes, really.) The business- and sartorially- savvy pre-pre-teen became interested in fashion at the age of five, and runs a homemade cookie business with his mom based out of their New Jersey home.