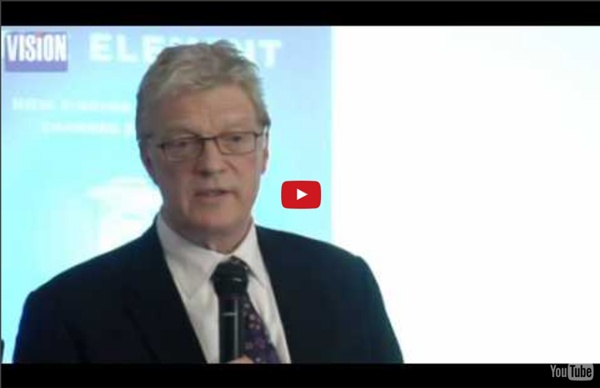 Collared or Untied: Reflections on Work in American Culture 1.Fred Armisen opened the first season of the TV show Portlandia singing “The Dream of the 90s is Alive in Portland,” a dream of pierced, tattooed folks hanging out, hot girls wearing glasses and putting images of birds on everything, and grown-ups making a living making coffee. He asks Carrie Brownstein if she remembers the ’90s, when people were unambitious and “they had no occupations whatsoever.” “I thought that died out a long time ago,” she says, wonderingly, before she leaves L.A. to join Armisen’s ragged troupe of relaxed and minimally-employed folks dedicated to the art of skateboarding. The context missing from this hilarious send-up is that Portland experienced a decade-long recession in the early years of the 2000s, and didn’t bounce back from it until the last couple of years. The ’90s, like the ’80s before them, were a decade of company mergers and the birth of bigger, leaner, and meaner mega-corporations. 2.

Debunking the Genius Myth Picture a “genius” — you’ll probably conjure an image of an Einstein-like character, an older man in a rumpled suit, disorganized and distracted even as he, almost accidentally, stumbles upon his next “big idea.” In truth, the acclaimed scientist actually said, “It’s not that I’m so smart, it’s just that I stay with problems longer.” But the narrative around Einstein and a lot of accomplished geniuses — think Ben Franklin, the key and the bolt of lightning — tends to focus more on mind-blowing talent and less on the hard work behind the rise to success.

Teacher as Facilitator Teacher As Facilitator Theresa London Cooper Teachers, especially new teachers, so desperately want their students to learn that they often end up doing most of the work. The truth is we must see ourselves as facilitators of learning who possess knowledge, not as the keepers of knowledge. We must provide students with opportunities to be in charge of their learning, discover new ideas, gain insight, and make connections. How do we accomplish this task? During my time as a classroom teacher, I found the following tips helpful. THE FINANCIAL PHILOSOPHER: Foundations vs 'Castles in the Air' "I learned this, at least, by my experiment: that if one advances confidently in the direction of his dreams, and endeavors to live the life which he has imagined, he will meet with a success unexpected in common hours. He will put some things behind, will pass an invisible boundary; new, universal, and more liberal laws will begin to establish themselves around and within him; or the old laws be expanded, and interpreted in his favor in a more liberal sense, and he will live with the license of a higher order of beings. In proportion as he simplifies his life, the laws of the universe will appear less complex, and solitude will not be solitude, nor poverty poverty, nor weakness weakness. If you have built castles in the air, your work need not be lost; that is where they should be. Now put the foundations under them." ~ Henry David Thoreau, Walden

Rita F. Pierson: WATCH: How A Teacher Encouraged Her Students With An 'F' TED and The Huffington Post are excited to bring you TEDWeekends, a curated weekend program that introduces a powerful "idea worth spreading" every Friday, anchored in an exceptional TEDTalk. This week's TEDTalk is accompanied by an original blog post from the featured speaker, along with new op-eds, thoughts and responses from the HuffPost community. Watch the talk above, read the blog post and tell us your thoughts below.

Why Everybody Who Doesn’t Hate Bitcoin Loves It: Full Transcript This is a transcript of the Freakonomics Radio podcast “Why Everybody Who Doesn’t Hate Bitcoin Loves It.” [MUSIC: Greg Ruby Quartet, “Swing for Dudley” (from Look Both Ways)] Stephen J. What we can learn from Finland’s successful school reform Finland came from behind to become the world leader in student achievement. Their strategy is the opposite of what we’re doing in America. Illustration by M. Glenwood One wonders what we might accomplish as a nation if we could finally set aside what appears to be our de facto commitment to inequality, so profoundly at odds with our rhetoric of equity, and put the millions of dollars spent continually arguing and litigating into building a high-quality education system for all children. To imagine how that might be done, one can look at nations that started with very little and purposefully built highly productive and equitable systems, sometimes almost from scratch, in the space of only two to three decades.

The 100 Best (And Free) Online Learning Tools We’re always excited to find the next best thing. But how does one actually find this supposed next best thing? Let Edudemic do the work for you! For example, ever wanted to spend zero dollars but have some of the most bleeding edge technologies at your disposal? The Great Philosophers 8: Theodor Adorno © Getty Theodor Wiesengrund Adorno was born in Frankfurt in 1903 into a wealthy and cultured family. His father, a wine merchant, was of Jewish origin but had converted to Protestantism at university. Teddy (as his closest friends called him) was an extremely fine pianist from a young age. Until his twenties, he planned for a career as a composer, but eventually focused on philosophy. In 1934, he was barred, on racial grounds, from teaching in Germany.

What Americans Keep Ignoring About Finland's School Success - Anu Partanen The Scandinavian country is an education superpower because it values equality more than excellence. Sergey Ivanov/Flickr Everyone agrees the United States needs to improve its education system dramatically, but how? One of the hottest trends in education reform lately is looking at the stunning success of the West's reigning education superpower, Finland. Trouble is, when it comes to the lessons that Finnish schools have to offer, most of the discussion seems to be missing the point. Cathy N. Davidson Says it is Time to Relearn Learning We live in a time of information abundance, which far too many of us see as information overload. With the sum total of human knowledge, past and present, at our fingertips, we’re faced with a crisis of attention: which ideas should we engage with, and why? Big Think is an evolving roadmap to the best thinking on the planet — the ideas that can help you think flexibly and act decisively in a multivariate world.

The evils of meritocracy © Geert Vanden Wijngaert/AP/Press Association Images One of the few ambitions shared by politicians across the political spectrum is that of creating a fully meritocratic society, that is, a society in which all those who make it to the top do so only because of their own talents and abilities (rather than thanks to unfair privilege: upper-class parents, a friendship with the boss etc.). Throughout the Western world, all governments have (in theory!) the common goal of trying to create a hierarchy based on actual ability, replacing posh, chinless halfwits with the meritorious, wherever they may be found and whatever age, colour or gender they might be. © PA/PA Wire/Press Association Images

Finnish Education Chief: 'We Created a School System Based on Equality' - Christine Gross-Loh Finnish education often seems paradoxical to outside observers because it appears to break a lot of the rules we take for granted. Finnish children don’t begin school until age 7. They have more recess, shorter school hours than many U.S. children do (nearly 300 fewer hours per year in elementary school), and the lightest homework load of any industrialized nation. There are no gifted programs, almost no private schools, and no high-stakes national standardized tests. Yet over the past decade Finland has consistently performed among the top nations on the Programme for International Student Assessment (PISA), a standardized test given to 15-year olds in 65 nations and territories around the world.

Related:
Related:  our fundamental notions & understanding   -  perspectives   -  à relire notions et idées   -  Education & Enseignement : Perspectives et évolutions majeures   -  Perspectives Inside and Outside of Japan   -  Absurd Notions of Manliness   -  Business Plan notions   -  Perspectives Inside and Outside of Japan Continued   -  Perspectives   -  View Point Perspectives   -  Information and Perspectives   -  The Persuaders | FRONTLINE | PBS   -  Alain de Botton: A kinder, gentler philosophy of success | Video on TED.com   -  Sir Ken Robinson - Changing Paradigms - YouTube   -  The Shadow Returns   -  Top 10 Mysteries of the Mind   -  Bertrand Russell's Message to the Future - YouTube   -  Improve Your Google Search Skills [Infographic]   -  What Americans Keep Ignoring About Finland's School Success   -  Bounded rationality - Wikipedia, the free encyclopedia   -  5 mind-bending facts about dreams | MNN - Mother Nature Network   -  Nick Hanauer - YouTube   -  47 Keyboard Shortcuts That Work in All Web Browsers   -  Seth Godin on Failing Until You Succeed - YouTube   -  BBC Nature - History of life on Earth   -  Rachel Botsman: The currency of the new economy is trust | Video on TED.com   -  Why Learning Should Be Messy | MindShift   -  STOP STEALING DREAMS: Seth Godin at TEDxYouth@BFS - YouTube   -  The Science of “Intuition” | Brain Pickings   -  The MOOC movement is not an indicator of educational evolution - O'Reilly Radar   -  How To Design a Lucky Life   -  Do we live in a computer simulation? UW researchers say idea can be tested   -  The False Promise of the Education Revolution - College, Reinvented - The Chronicle of Higher Education   -  PsyBlog’s 10 Most Popular Psychological Insights From 2012 — PsyBlog   -  How to Identify Your Passions   -  Why Focus Makes Us Smarter--and 8 Ways to Sharpen Yours | Big Think   -  Dan Pallotta: The way we think about charity is dead wrong | Video on TED.com   -  A Scientific Guide to Saying "No": How to Avoid Temptation and Distraction - The Buffer Blog   -  Learning/WebLiteracyStandard/Legacy - MozillaWiki   -  Lawrence Lessig: We the People, and the Republic we must reclaim | Video on TED.com