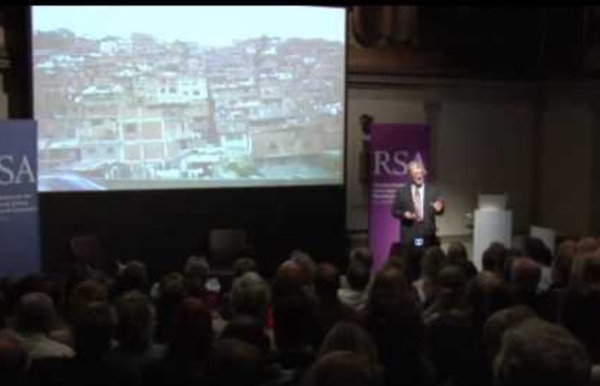 What Americans Keep Ignoring About Finland's School Success - Anu Partanen The Scandinavian country is an education superpower because it values equality more than excellence. Sergey Ivanov/Flickr Everyone agrees the United States needs to improve its education system dramatically, but how? The small Nordic country of Finland used to be known -- if it was known for anything at all -- as the home of Nokia, the mobile phone giant. Finland's schools owe their newfound fame primarily to one study: the PISA survey, conducted every three years by the Organization for Economic Co-operation and Development (OECD). Compared with the stereotype of the East Asian model -- long hours of exhaustive cramming and rote memorization -- Finland's success is especially intriguing because Finnish schools assign less homework and engage children in more creative play. And yet it wasn't clear that Sahlberg's message was actually getting through. Yet one of the most significant things Sahlberg said passed practically unnoticed. For starters, Finland has no standardized tests.

Meritocracy Definitions[edit] Early definitions[edit] Supporters of meritocracies do not necessarily agree on the nature of "merit", however, they do tend to agree that "merit" itself should be a primary consideration during evaluation. In a more general sense, meritocracy can refer to any form of government based on achievement. Like "utilitarian" and "pragmatic", the word "meritocratic" has also developed a broader definition, and may be used to refer to any government run by "a ruling or influential class of educated or able people." [4] This is in contrast to the term originally coined by Michael Young in 1958, who critically defined it as a system where "merit is equated with intelligence-plus-effort, its possessors are identified at an early age and selected for appropriate intensive education, and there is an obsession with quantification, test-scoring, and qualifications." [5] More recent definitions[edit] The most common form of meritocratic screening found today is the college degree.

Top 10 Most Famous Thought Experiments Thought experiments are mental concepts or hypotheses, often resembling riddles, which are used by philosophers and scientists as simple ways of illuminating what are usually very dense ideas. Most often, they’re used in more abstract fields like philosophy and theoretical physics, where physical experiments aren’t possible. They serve as some hearty food for thought, but given their complex subject matter, it’s not unusual for even the thought experiment itself to be nearly incomprehensible. With this in mind, here are ten of the most famous thought experiments, along with explanations of the philosophical, scientific, and ethical ideas they work to explain: 10. The Trolley Problem One of the most well known thought experiments in the field of ethics is the “Trolley Problem,” which goes something like this: a madman has tied five innocent people to a trolley track. What it Means: 9. 8. 7. In truth, no one really knows for sure. 6. 5. 4. 3. 2. 1.

Rita F. Pierson: WATCH: How A Teacher Encouraged Her Students With An 'F' TED and The Huffington Post are excited to bring you TEDWeekends, a curated weekend program that introduces a powerful "idea worth spreading" every Friday, anchored in an exceptional TEDTalk. This week's TEDTalk is accompanied by an original blog post from the featured speaker, along with new op-eds, thoughts and responses from the HuffPost community. Watch the talk above, read the blog post and tell us your thoughts below. Become part of the conversation! This blog was produced in collaboration with TED for the TED Talks Education Special. Teachers don't make a lot of money. In the spring of my career, I found myself questioning the choice of my life's work. I was on a plane recently and the flight attendant asked my name. I most certainly realize the extreme importance of being a competent teacher. For every student that finally "got it," for every rookie teacher that said, "you inspired me to stay," I get the raise that never quite made it to my paycheck. -- Rita F.

Putting empathy into economics | New Economics Foundation June 24, 2014 // By: Susan Steed On Saturday, 50,000 people marched in protest against austerity. But if you look at the mainstream press the most important thing that happened was that Russell Brand took his top off. This is a shame, not least because the protest wasn’t given the attention it deserved in the media. But what does this actually mean? About 20 years ago an Italian neurophysiologist made a surprise discovery. This helps explain empathy - why you may feel happy around positive people, or wince when someone else gets punched. Why is this important for economics? A bigger challenge is that traditional economics doesn’t include empathy and focuses on individuals. Very few economists working today have tried to look at this. The issue isn’t just in economics, often environmentalists and other campaigners take on its language to advance their cause. So, how would we go about creating an economy built on empathy? It is also easy not to think about what we are eating. Issues Close

Animated Knots by Grog | How to Tie Knots | Fishing, Boating, Climbing, Scouting, Search and Rescue, Household, Decorative, Rope Care, Debunking the Genius Myth Picture a “genius” — you’ll probably conjure an image of an Einstein-like character, an older man in a rumpled suit, disorganized and distracted even as he, almost accidentally, stumbles upon his next “big idea.” In truth, the acclaimed scientist actually said, “It’s not that I’m so smart, it’s just that I stay with problems longer.” But the narrative around Einstein and a lot of accomplished geniuses — think Ben Franklin, the key and the bolt of lightning — tends to focus more on mind-blowing talent and less on the hard work behind the rise to success. A downside of the genius mythology results in many kids trudging through school believing that a great student is born, not made — lucky or unlucky, Einstein or Everyman. Harvard-educated tutors Hunter Maats and Katie O’Brien began to notice that this belief about being born smart was creating a lot of frustration for the kids they tutored, and sometimes unwittingly reinforced by their parents. Related