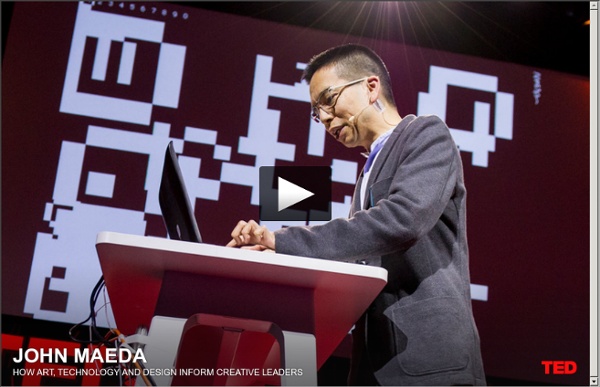 Fog Catchers "If we can help generate alternative sustainable economic activities, we will be increasing the community’s chances for a viable livelihood in the face of climate change." Juan José RodríguezThe Nature Conservancy’s Coasts and Deserts coordinator by Marcela Torres Vea también en español Have you ever seen a desert turn into a lush green valley bursting with life?

Disney algorithm builds high-res 3D models from ordinary photos Disney Research has developed an algorithm which can generate 3D computer models from 2D images in great detail, sufficient, it says, to meet the needs of video game and film makers. The technology requires multiple images to capture the scene from a variety of vantage points. View all The 3D model is somewhat limited in that it is only coherent within the field of view encompassed by the original images. Clarity on Spirit Science (A MUST SEE!) There have been a lot of questions recently about Spirit Science and it’s evolution. What are we up to, where are we going. Some people had made up some ideas as well about Spirit Science becoming Cult-Like and a new Religion, which Jordan and I thought was ridiculous. So we decided to put together this video to shine some Clarity on the matter. We both apologize for creating any confusion that we may have, and we thank you loving beings for staying loving and kind no matter what video is posted. As for everyone who has been so mean and nasty recently, perhaps this video can help clear up some things about how you have been feeling… and perhaps this can also be a reminder not to be so mean.

Chop, chop, chop Here's a chronology of how India's numerous states came into being Provinces and around 550 princely states merged with existing provinces. Madhya Pradesh formed. Kid's Coloring, Drawing, Stickers & Painting Activity ABCya is the leader in free educational computer games and mobile apps for kids. The innovation of a grade school teacher, ABCya is an award-winning destination for elementary students that offers hundreds of fun, engaging learning activities. Millions of kids, parents, and teachers visit ABCya.com each month, playing over 1 billion games last year. Apple, The New York Times, USA Today, Parents Magazine and Scholastic, to name just a few, have featured ABCya’s popular educational games. ABCya’s award-winning Preschool computer games and apps are conceived and realized under the direction of a certified technology education teacher, and have been trusted by parents and teachers for ten years.

(2) Thoughts from India - Never Before Has A Boy Wanted More - Quora Visiting India defied any tidy, one-sentence quip I could think of. It left me a mix of enchanted, bemused and horrified – often at the same time. The first thing you notice is the people. Not as individuals, but as an overwhelming force of numbers, spilling over the streets like a river. Smart materials get SMARTer Cambridge, Mass. – July 11, 2012 – Living organisms have developed sophisticated ways to maintain stability in a changing environment, withstanding fluctuations in temperature, pH, pressure, and the presence or absence of crucial molecules. The integration of similar features in artificial materials, however, has remained a challenge—until now. In the July 12 issue of Nature, a Harvard-led team of engineers presented a strategy for building self-thermoregulating nanomaterials that can, in principle, be tailored to maintain a set pH, pressure, or just about any other desired parameter by meeting the environmental changes with a compensatory chemical feedback response. Called SMARTS (Self-regulated Mechano-chemical Adaptively Reconfigurable Tunable System), this newly developed materials platform offers a customizable way to autonomously turn chemical reactions on and off and reproduce the type of dynamic self-powered feedback loops found in biological systems.

Timeline of major famines in India during British rule This is a timeline of major famines on the Indian subcontinent during the years of British rule in India from 1765 to 1947. The famines included here occurred both in the princely states (regions administered by Indian rulers) and British India (regions administered either by the British East India Company from 1765 to 1857, or by the British Crown, in the British Raj, from 1858 to 1947). The year 1765 is chosen as the start year because that year the British East India Company, after its victory in the Battle of Buxar, was granted the Diwani (rights to land revenue) in the region of Bengal (although it would not directly administer Bengal until 1784 when it was granted the Nizamat, or control of law and order.) The year 1947 is the year in which the British Raj was dissolved and the new successor states of Dominion of India and Dominion of Pakistan were born.

Citizen news: A democratic addition to political journalism Editor’s note: Herbert Gans is one of America’s preeminent sociologists, and some of his most notable work has come in examining the American news industry. His seminal 1979 book Deciding What’s News: A Study of CBS Evening News, NBC Nightly News, Newsweek and Time was born out of years spent in newsrooms, watching how the never-ending flood of human activity was distilled into the news. Here he argues for a new area of emphasis in political reporting for a democratic society — what he calls citizen news. Journalism and the news media are supposed to be a bulwark for democracy.

750 Free Online Courses from Top Universities Advertisment Take online courses from the world’s top universities for free. Below, you will find 1,700 free online courses from universities like Yale, MIT, Harvard, Oxford and more. Our site also features collections of Online Certificate Programs and Online Degree & Mini-Degree Programs. The Future of Social Media in Journalism This series is supported by Gist. Gist provides a full view of the contacts in your professional network by creating a rich business profile for each one that includes the most news, status updates, and work details. See how it works here. The future of social media in journalism will see the death of “social media.” That is, all media as we know it today will become social, and feature a social component to one extent or another. After all, much of the web experience, particularly in the way we consume content, is becoming social and personalized.

Digital Necromancy: Advertising with Reanimated Celebrities The screen fades in on a man observing the Shanghai skyline from his penthouse apartment. “Water. It’s like the instincts,” he says. “Be water, my friend.” Then the iconic Johnnie Walker logo flashes across the screen. It is a typical, if especially poetic, ad for the British liquor brand. Giant viruses open Pandora's box Chantal Abergel/Jean-Michel Claverie Pandoraviruses infect amoebae and are larger than some bacteria. The organism was initially called NLF, for “new life form”.