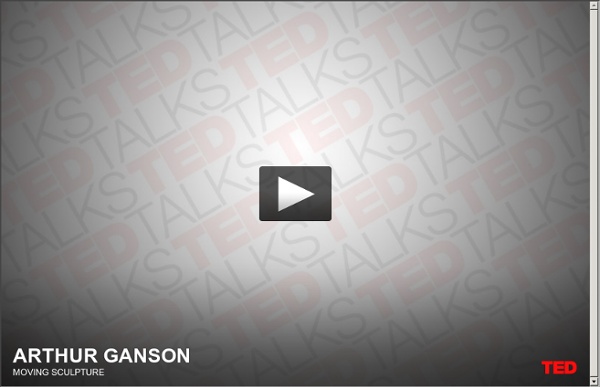 271 Years Before Pantone, an Artist Mixed and Described Every Color Imaginable in an 800-Page Book In 1692 an artist known only as “A. Boogert” sat down to write a book in Dutch about mixing watercolors. Not only would he begin the book with a bit about the use of color in painting, but would go on to explain how to create certain hues and change the tone by adding one, two, or three parts of water. The premise sounds simple enough, but the final product is almost unfathomable in its detail and scope. Spanning nearly 800 completely handwritten (and painted) pages, Traité des couleurs servant à la peinture à l’eau, was probably the most comprehensive guide to paint and color of its time. It’s hard not to compare the hundreds of pages of color to its contemporary equivalent, the Pantone Color Guide, which wouldn’t be published for the first time until 1963. The entire book is viewable in high resolution here, and you can read a description of it here (it appears E-Corpus might have crashed for the moment).

Postcards for Ants: A 365-Day Miniature Painting Project by Lorraine Loots Postcards for Ants is an ongoing painting project by Cape Town artist Lorraine Loots who has been creating a miniature painting every single day since January 1, 2013. The artist works with paint brushes, pencils, and bare eyes to render superbly detailed paintings scarcely larger than a small coin. After the first year, Loots relaunched the project in a second phase inspired by Cape Town’s designation as World Design Capital 2014. On her website you can “reserve” a future painting (it’s all booked up for this year), and she’s also printed five limited edition postcards for each day.

The Paradox of Art as Work Photo There are few modern relationships as fraught as the one between art and money. Are they mortal enemies, secret lovers or perfect soul mates? Is the bond between them a source of pride or shame, a marriage of convenience or something tawdrier? The way we habitually think and talk about these matters betrays a deep and venerable ambivalence. On the other hand, money is now an important measure — maybe the supreme measure — of artistic accomplishment. Everyone might be sure that sales are not the only criterion of success, but no one is quite certain what the others might be, or how, in our data-obsessed era, they might be measured. In the popular imagination, artists tend to exist either at the pinnacle of fame and luxury or in the depths of penury and obscurity — rarely in the middle, where most of the rest of us toil and dream. But it is, nonetheless, a job. The question of who profits and who gets paid has become a contentious one. Everything I’ve ever done Gonna give it away

Each Week, Two Anonymous Students Named Dangerdust Create This Amazing Chalkboard Art At the Columbus College of Art and Design, two rogue college students are creating quite a stir… but not by any normal means. They aren’t cheating or stealing, they are causing a creative riot. The anonymous duo, who go by the name Dangerdust, sneak into a classroom each week and create a masterpiece out of nothing but chalk. The pair are both seniors in Advertising & Graphic Design, and they are probably busy with a larger than life course-load, but they still remain passionate about their weekly chalk art. On Sunday or Monday nights, the magic happens. The pair selects a vacant classroom. Then, they get to work. They complete each masterpiece in one fell swoop. It can take up to 11 HOURS to finish one of their designs. “They choose a quote from a list compiled from Google searches and suggestions from friends, draw up a rough sketch, and then get to work using regular chalk.” The artists have chosen quotes from various people. Even Dr. These boards aren’t your average act of random art.

10 Shocking Photos That Will Change How You See Consumption And Waste As individual and anonymous consumers, it's seemingly impossible to even estimate the physical ramifications of our daily consumption and waste. While our personal imprints may not seem in themselves worthy of alarm, the combined effect of human's habits and rituals is hard to look away from. Cell phones #2, Atlanta 2005 Photographer Chris Jordan works with the debris we as a society leave behind, photographing massive dumps of cell phones, crushed cars and circuit boards. The series, dubbed "Intolerable Beauty: Portraits of American Mass Consumption," shows the unmistakable imprint of our American culture in all its horror and strange, dark appeal. Crushed Cars, Tacoma 2004 Faced with Jordan's unshakeable images, we lose our ability to shrug off the consequences of our consumption, a small but necessary first step on the way to lasting change. See Jordan's striking works below and watch as dumped electronics morph into something resembling brushstrokes or building blocks.

The Endless Possibilities of Paper Paper is one of the world’s definitive materials. Books, letters, paintings, magazines – everything really good starts with paper. Yet in an increasingly digitised world, where email is king and video rules the Turner Prize, is it a material that is becoming obsolete? Paper Play, a wonderful new book published by Sandu, is arguing eloquently and beautifully against this notion, showcasing an array of artists who manipulate paper in fantastically varied ways. These pieces revel in the stiffness and flexibility of paper, its soft rolls and sharp edges, how it can be sliced into fronds or folded into strength, latticed into lace or painted into flowers. From sculptures to dresses, wallpaper to jewellery, jellyfish lanterns and crockery to sundials, dioramas and a scale model of the human body, the power of paper is that it can be transformed into literally anything by the right hands. What started you working with paper? How does the creative process come about for you?