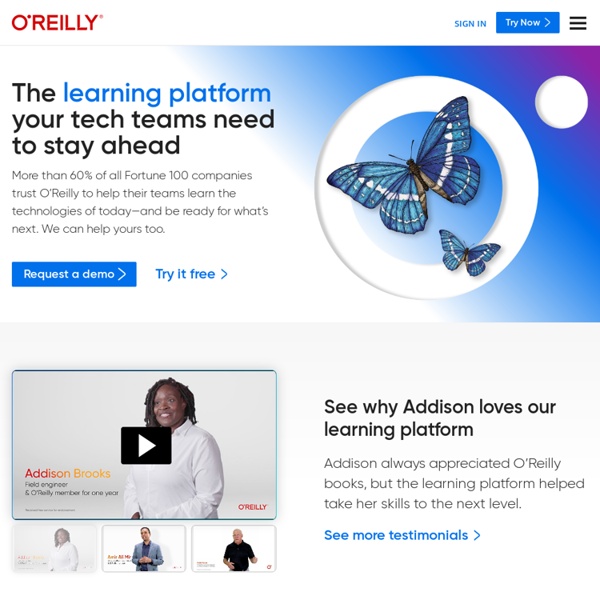 Data Science Starter Kit The Tools You Need to Get Started with Data From basic statistics to complex modeling and large-scale analytics, the Data Science Starter Kit outlines a clear path to mastering data and gets you started with essential tools, key algorithms and methods, and a survey of the hottest languages and frameworks in today's ecosystem. Buy any two titles and get the 3rd Free with discount code: OPC10 Or, get them all for $209.20 (60% savings) Data Science for Business: Written by renowned data science experts Foster Provost and Tom Fawcett, Data Science for Business introduces the fundamental principles of data science, and walks you through the "data-analytic thinking" necessary for extracting useful knowledge and business value from the data you collect. Ebook: $33.99 Doing Data Science: Now that people are aware that data can make the difference in an election or a business model, data science as an occupation is gaining ground. Ebook: $38.99 Video: $119.99 Video: $159.99

Jump Start Responsive Web Design : Jump Start Responsive Web Design By Craig Sharkie and Andrew Fisher An essential skill for every web designer and developer. No longer just a buzz phrase, Responsive Web Design is now an essential skill for every web designer and developer. In Jump Start Responsive Web Design, learn responsive techniques to make your designs look magnificent on any device, future proof them, and reduce development time and budget. What you’ll learn Build smart and save time with fluid layouts for different screensUse adaptive images to design for Apple’s Retina display and moreFuture-proof your work using media queries to identify screen size Who should read this book? Anyone involved in the Web, from business owners to agency designers, corporations to developers. Meet the Authors Craig Sharkie was once happy to call himself a developer, speaker, author, and advocate. Andrew Fisher has been creating digital solutions since the dawn of the Web for brands including Nintendo, peoplesound, Sony, Cotton On, the Melbourne Cup, and Optus.

Bad Data Handbook  Kevin Fink offers suggestions on approaching data critically in order to ensure that we understand what we're working with before we begin to try to manipulate it. Fink offers useful scripts in shell and Perl that can be used to inspect data and perform basic sanity checks. Paul Murrell tackles the problem of scraping data from sources formatted for human consumption into a format more amenable for algorithmic analysis using R. And on and on. Each chapter addresses a critical concern in the data life-cycle: identifying, annotating, capturing, archiving, versioning, manipulating, analyzing, and deriving actionable information from imperfect or incomplete data. The advice offered is both powerful and immediately useful to data scientists and newcomers to the field alike and for me has spurred several ideas for how to approach teaching statistics.

Microinteractions  The book, unfortunately, doesn't fulfill this promising (minus that story) start. Rather than an intensive and systematic dissection of single-use-case interactions, we're given example after example (after example) of Triggers, then of Rules, then of Feedback, almost all drawn from postings to a single Website ("Little Big Details"),accompanied by a narrative which, by rapidly changing point of view and underlying metaphor, makes the analytical context confusing and causes all of these examples (and there are a LOT of examples) to just pile together, conceptually. There are good ideas — use smart defaults, don't start from zero, recognize "signature moments" — but they are presented in mind-numbing breadth rather than depth, with many, many examples but little analysis of why these rules might apply exactly this way in this particular context. Mr. I appreciate and generally trust the "Who Should Read This Book?" I obtained my copy through the O'Reilly Blogger Review program.

Arduino Workshop  The book's 65 projects range from lighting LEDs, a kind of Arduino "Hello world" (though a "Hello world" project occurs in the chapter discussing driving LCDs), to projects incorporating cell phone technologies like SMS text messages, projects about GPS and even several dealing with the construction of a tank-like robot, my personal favorite. Many of the projects start with a simple version then build progressively more sophisticated versions by adding more components or features with the goal of teaching perhaps a specific technology, or as an exercise to encourage the reader to consider the Arduino's flexibility. For example, the tank robot project starts by using micro-switches to assist with "collision avoidance." Then the reader is guided through modifying the robot to use infrared components to avoid objects, and then to using ultrasonic distance calculation components! The book also contains a section on comparing the various Arduino boards available in the Arduino ecosystem.

Python for Data Analysis - O'Reilly Media The book is not only about pandas, though. The title was correctly chosen: the authors covers various excellent tools in using Python to analyze tabular data. For example, I had used the numerical library NumPy before, and the chapter on it is one of the best introductions I've seen. The book also has chapters on matplotlib (a package to produce 2D plots) and on iPython (an enhanced shell), and you can use them as independent references on these subjects. I like two main things about this book. The main problem I had was the lack of figures and diagrams. This is a minor problem.

MapReduce Design Patterns  "MapReduce Design Patters" tries to be something similar within MapReduce area. However, this book focuses on the implementation too much. If you are not familiar with MapReduced yet, it will not help you becoming fascinated about the whole idea. It's really hard for me to judge the technical side of the book. Big plus goes to the authors for collecting various patterns and indexing them in a one place. And one more explanation. Programming iOS 6, 3rd Edition  For existing programmers coming from a different language or development environment, the introductory sections on C/Objective-C, Xcode, and Cocoa should be all you need to get up and running. Those new to programming in general should pick up an introductory text (Aaron Hillegass's "Objective-C Programming" worked for me) before diving into the specifics of iOS APIs, which is where "Programming iOS 6" excels. Although I've not had an opportunity to read through the entire 1100+ page text, I have been referring to this book throughout a recent real-world project. I usually consult the book whenever I need to get up to speed on a new topic where the official Apple documentation may be less than perfect in doing so. In particular, I found Neuburg's explanations of Auto Layout, views, and music selection/playback to be especially useful as I worked on my own project. Note: I received this book for free through the O'Reilly Blogger Review Program

Interactive Data Visualization for the Web  Create and publish your own interactive data visualization projects on the Web—even if you have little or no experience with data visualization or web development. It’s easy and fun with this practical, hands-on introduction. Author Scott Murray teaches you the fundamental concepts and methods of D3, a JavaScript library that lets you express data visually in a web browser. This step-by-step guide is ideal whether you’re a designer or visual artist with no programming experience, a reporter exploring the new frontier of data journalism, or anyone who wants to visualize and share data.