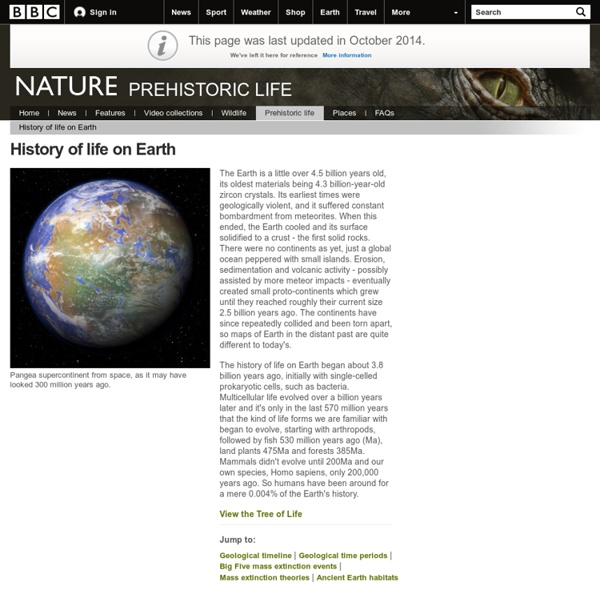 Origins of the Universe, Big Bang Theory Information, Big Bang Facts, News, Photos -- National Geographic The most popular theory of our universe's origin centers on a cosmic cataclysm unmatched in all of history—the big bang. This theory was born of the observation that other galaxies are moving away from our own at great speed, in all directions, as if they had all been propelled by an ancient explosive force. Before the big bang, scientists believe, the entire vastness of the observable universe, including all of its matter and radiation, was compressed into a hot, dense mass just a few millimeters across. Big bang proponents suggest that some 10 billion to 20 billion years ago, a massive blast allowed all the universe's known matter and energy—even space and time themselves—to spring from some ancient and unknown type of energy. The theory maintains that, in the instant—a trillion-trillionth of a second—after the big bang, the universe expanded with incomprehensible speed from its pebble-size origin to astronomical scope. Origins of the Theory

Timeline: The evolution of life - life - 14 July 2009 Read full article Continue reading page |1|2|3|4 There are all sorts of ways to reconstruct the history of life on Earth. There are problems with each of these methods. Modern genetics allows scientists to measure how different species are from each other at a molecular level, and thus to estimate how much time has passed since a single lineage split into different species. These difficulties mean that the dates in the timeline should be taken as approximate. 3.8 billion years ago? This is our current "best guess" for the beginning of life on Earth. , and was probably based on RNA rather than DNA. At some point far back in time, a common ancestor gave rise to two main groups of life: bacteria and archaea. How this happened, when, and in what order the different groups split, is still uncertain. 3.5 billion years ago The oldest fossils of single-celled organisms date from this time. 3.46 billion years ago Some single-celled organisms may be feeding on methane by this time. 3.4 billion years ago

Fossil of ancient multicellular life sets evolutionary timeline back 60 million years -- ScienceDaily A Virginia Tech geobiologist with collaborators from the Chinese Academy of Sciences have found evidence in the fossil record that complex multicellularity appeared in living things about 600 million years ago -- nearly 60 million years before skeletal animals appeared during a huge growth spurt of new life on Earth known as the Cambrian Explosion. The discovery published online Wednesday in the journal Nature contradicts several longstanding interpretations of multicellular fossils from at least 600 million years ago. "This opens up a new door for us to shine some light on the timing and evolutionary steps that were taken by multicellular organisms that would eventually go on to dominate the Earth in a very visible way," said Shuhai Xiao, a professor of geobiology in the Virginia Tech College of Science. The discovery sheds light on how and when solo cells began to cooperate with other cells to make a single, cohesive life form.

GCSE Bitesize: Darwin's theory of evolution Dont Ever Let This One Thing Crush You And Your Dreams I’ve tried pretty much everything in the way of increasing productivity… I’ve created to do lists, checklists, and goals for each day. I’ve dedicated special blocks of every day to writing, email, product creation, you name it. I’ve read books about how to maximize productivity, how to get more done in less time, while at a higher quality. Of everything I’ve read and out of everything I’ve tried, the greatest ally, tactic, or tip I’ve come across thus far, was given to me by Steven Pressfield, in his books, The War of Art and, Turning Pro Both books cover a great deal about what it means to create something, far beyond what I’m going to talk about in this article. What is the Resistance? The Resistance is anything that keeps you from doing your work. The Resistance has a few definitive characteristics The Resistance is persistent You can defeat it in battle, even kill it, but it will always come back the next day. Ambition isn’t merely what you want in life, it is life. The Resistance is fear

Timeline: The evolution of life By Michael Marshall There are all sorts of ways to reconstruct the history of life on Earth. Pinning down when specific events occurred is often tricky, though. For this, biologists depend mainly on dating the rocks in which fossils are found, and by looking at the “molecular clocks” in the DNA of living organisms. There are problems with each of these methods. Modern genetics allows scientists to measure how different species are from each other at a molecular level, and thus to estimate how much time has passed since a single lineage split into different species. These difficulties mean that the dates in the timeline should be taken as approximate. 3.8 billion years ago? This is our current “best guess” for the beginning of life on Earth. At some point far back in time, a common ancestor gave rise to two main groups of life: bacteria and archaea. How this happened, when, and in what order the different groups split, is still uncertain. 3.5 billion years ago 3.46 billion years ago

Beagle Voyage 26 December 1831 - to - 27 February 1832 Crossing the Atlantic Ocean: H.M.S. Beagle leaves Plymouth Harbor A tour of the Madeira and Canary islands Landfall at the Cape Verde islands The weather was now quite fine and the Beagle was ready to set sail on 26 December. Unfortunately, the opportunity was lost due to the entire crew being either missing or drunk from the festivities of the night before (for Christmas). "Never, I believe, did a vessel leave England better provided, or fitted for the service she was destined to perform, and for the health and comfort of her crew, than the Beagle. The Beagle arrived near Madeira Island, its first port-of-call, on 4 January 1832. Capt. "This was a great disappointment to Mr. H.M.S. Darwin made detailed observations of a cuttle-fish that populated the tide pools around the island, and was fascinated by their ability to change colors. Darwin's Discovery: It was on Santiago that Darwin made his first curious discovery.

Opinion / Op-Ed : A difficult journey, some difficult decisions My visit to Gujarat One of the pillars of development that I have thought a lot about is that we have to create a nation where poverty has been totally eradicated and illiteracy removed. Alongside, we need to evolve a society where crimes against women and children are absent and none in the society feels alienated. These thoughts were prominent in my mind during my visit to Gujarat in August 2002, which I took up as my first major task immediately after becoming President. The State had been hit by riots a few months earlier, and their impact had left thousands of lives in disarray. As no President had ever visited an area under such circumstances, many questioned the necessity of my visit to the state at this juncture. The Prime Minister, Atal Bihari Vajpayee, asked me only one question, ‘Do you consider going to Gujarat at this time essential?’ I visited twelve areas — three relief camps and nine riot-hit locations where the losses had been high... Returning the Office of Profit Bill

Commonly found fossils | National Trust Belemnites 'If you find a bullet-shaped fossil you could well have found the remnants of an ancient squid. These fossils are called belemnites.' says our wildlife and countryside officer Pete Brash. The original creature was a ten-armed squid-like cephalopod related to the modern cuttlefish, and it lived in the seas up until 66 million years ago, dying out at the same time as the dinosaurs. Ammonites 'Ammonites look a lot like coiled snail shells, but they were actually sea predators,' says our expert Rod Hebden. The ammonite was a tentacled sea creature that lived between 400 and 66 million years ago, similar to today's nautilus but more closely related to octopuses and squid. Ammonite fossils can be found in Dorset, and you can see two polished ammonites at Arlington Court, in Devon. Devil’s Toenails (Gryphaea) Although these commonly found fossils look like the claw of an ancient animal or, indeed, a devil, they were created from oysters that once lived on shallow sea beds. Shark’s teeth

Human Evolution Evidence Scientists have discovered a wealth of evidence concerning human evolution, and this evidence comes in many forms. Thousands of human fossils enable researchers and students to study the changes that occurred in brain and body size, locomotion, diet, and other aspects regarding the way of life of early human species over the past 6 million years. Millions of stone tools, figurines and paintings, footprints, and other traces of human behavior in the prehistoric record tell about where and how early humans lived and when certain technological innovations were invented. Study of human genetics show how closely related we are to other primates – in fact, how connected we are with all other organisms – and can indicate the prehistoric migrations of our species, Homo sapiens, all over the world. Exciting scientific discoveries continually add to the broader and deeper public knowledge of human evolution.

Meghamalai – A walk in the clouds | Traveler By Ramya Sriram If you're looking for a quiet escape to untouched, pristine lands, less of which seem to be remaining every day, then Meghamalai's your answer. Tucked away in the clouds of the Western Ghats, this little-accessible mountain range offers gorgeous views of lush green mountains, dense forests, teal lakes and, above all, peace. Pruning tea at the Woodbriar estate. The amused workers asked me to give up my job.Meghamalai, also called the High Wavy Mountains, is located on the Kerala-Tamil Nadu border and can be reached by road from Theni via Chinnamanur, the nearest town. The drive can be a little unsettling on the narrow, winding, muddy path which shows little sign of human activity; it took us almost half a day to traverse the last 40 km of the road. The High Wavys Dam nestling in between the mountains.We soaked in the warm hospitality and the cool mountain climate. "What happened?" Ramya Sriram is an editor, writer and artist of sorts based in Hyderabad. less