Ibotta · Get Smart. Get Paid. 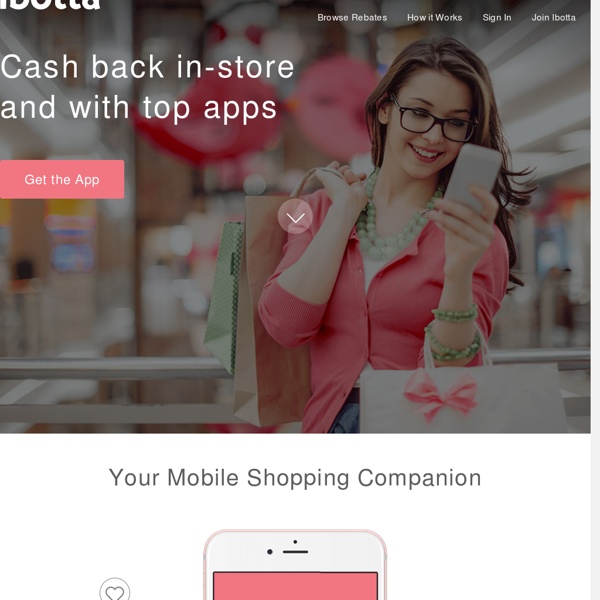 Rocket Internet’s HelloFresh Says Hello To $7.5M, As The Meal Prep Service Sets Its Eyes On The U.S. Berlin’s Rocket Internet has of late made a big business out of incubating and growing e-commerce startups in emerging markets, far away from the U.S. where the competitive field is much more crowded. But today comes news of a funding round for portfolio company HelloFresh that will be used to invest directly in the eye of the storm. The meal-prep company — which assembles ingredients for a dish, and then delivers them with a recipe to your door — has picked up $7.5 million led by Phenomen Ventures, a Russian VC that focuses mainly on e-commerce investments (other fundings include rounds in Fab.com and Uber competitor Hailo). HelloFresh’s CEO Dominik Richter says will be used to help the company expand into the U.S. market. (Indeed, you might think that the fact that large food retailers are not yet doing much in the area of meal-prep focused deliveries spells an exit opportunity for startups like these; hence Rocket Internet’s interest.)

Grocery Comparison Site mySupermarket Launches U.S. Megastore For Finding Best Prices Across Amazon, Walmart, Target & More On the heels of reports that Amazon is preparing to significantly expand its online grocery service AmazonFresh, grocery comparison shopping site mySupermarket is today bringing its service the U.S. Operating something like a Kayak for grocery and drugstore products, the new U.S. version of mySupermarket lets shoppers find the best prices across top stores, including Amazon, Walmart, Target, Costco, Walgreens, Diapers.com, Soap.com, and Drugstore.com. mySupermarket was founded back in 2006, and now has offices in London, New York, Tel Aviv, and Tokyo. The company currently operates a U.K. version of the site which offers price comparisons across major European retailers including Tesco, Asda, Waitrose, Ocado, Sainsburys, Boots, Superdrug, Majestic and Virgin Wines. That business has 4 million monthly users, and sees average baskets of around $130.

HealthyOut Is Like A Personal Nutritionist For Healthy Food Deliveries New York-based startup HealthyOut already has a popular iPhone and Android app for quickly finding nearby restaurants and dishes that users can order and have delivered. Today at Disrupt NY 2013, HealthyOut is unveiling a new service, which will provide users with personalized menus of food delivered to help them lose weight or just eat better overall. Launching first in New York City, HealthyOut’s delivery service is designed to provide users with healthy options two times a day, five days a week. By combing through the menus of restaurants around the city that deliver, HealthyOut will come up with 10 meals a week that can automatically be sent to a customer’s home or office.

Bar Power Is A Nightlife App To Help You Be Less Of A Jerk At Bars Once you’ve had a few drinks at a bar it’s easy to let loose and blow off steam. Unfortunately, while you’re having fun, you could end up annoying others around you, namely the staff at the venue you’re at. By acting like a fool, you’re jeopardizing your future visits, since bartenders tend to remember who was a jerk and who was a great customer. A project at our Disrupt Hackathon called “Bar Power” is an app that will remind you to “not be a douchebag.” Augmented Reality App Instantly Translates Foreign Text On Signs, Menus If you ever wanted to be able to read text on a street sign or on a menu in a restaurant when abroad, your smartphone might be able to help you soon. Japanese electronics company Omron has developed a smartphone application that can instantly translate (short) foreign texts you come across – firing up the app and pointing the phone’s camera at the text in question is enough. Omron says that in its current form, the app (which isn’t available yet) can handle English, Japanese, Korean, and Chinese.

Farmigo: Tapping Into The Power Of The Web To Bring You Fresh Veggies It’s no secret that fresh produce straight from the farm can often beat the potato skins off of its supermarket counterpart — and why farmer’s markets are becoming increasingly popular. But unless you set aside that chunk of time every weekend to pick up your veggies from local growers, you’re probably stopping by your supermarket anyway. The solution to this has been the emergence of Community Supported Agriculture programs, where members of the community agree with farmers to purchase a certain amount of produce, and then pick that food up at local dropoff points at regular intervals. But, while they’ve been around for decades, these programs aren’t necessarily easy to find or use.

Crowdtap Raises $7 Million To Help Brands Connect With Their Influential Customers Crowdtap, a service that allows marketers to easily collaborate with and mobilize targeted crowds of influential consumers, announced today that it has raised $7 million in series A funding. The round was led by Foundry Group, with participation from GSA Venture Partners and social media agency Mr. Youth. Mr. Foodie Wants To Help Pick Your Lunch With A Tinder-Like Swipe System Jeonguk Lee and John Kim are hoping a different spin on flipping through food reviews is going to help you decide where to eat for lunch. It’s an app called Foodie, which the pair showed off at the TechCrunch Disrupt SF 2015 hackathon. It shows photos and Yelp reviews of various foods in the area, and users can swipe left and right to save the ones that look good.

foodhigh FoodHigh.club Meal pairing for your favorite strain Thank you for visiting the site, it's been an awesome response thanks to techcrunch. FoodHigh.club was built over 24 hours, we are going to take a little time and build out the product. To get a heads up, coupons and more when we launch please submit your email below. Farm-To-Fridge Food Delivery Service GrubMarket Grabs $10M Series A The experience of walking through the booths and shopping for produce at a farmers market is moving online. GrubMarket (YC W15) allows consumers to order fresh, locally-sourced food through their mobile and web apps. Once an order is processed, GrubMarket employees pick up the goods from the local producers and delivers the food right to the customer’s door.

Join my Ibotta team! It's a free app that pays you cash for buying your favorite products. by brandigoode Sep 13