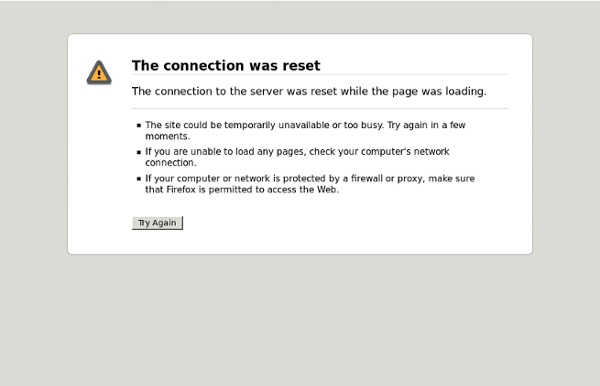 "Perhaps a Star Trek experience within our lifetime is not such a remote possibility." These are the words of Dr. Harold "Sonny" White, the Advanced Propulsion Theme Lead for the NASA Engineering Directorate. Dr. White and his colleagues don't just believe a real life warp drive is theoretically possible; they've already started the work to create one. Yes. When it comes to space exploration, we are still cavemen. With our current propulsion technologies, interstellar flight is impossible. So we need an alternative. Searching for warp bubbles The answer lies precisely in those laws of physics. Working at NASA Eagleworks—a skunkworks operation deep at NASA's Johnson Space Center—Dr. It may sound like a small thing now, but the implications of the research huge. Although this is just a tiny instance of the phenomena, it will be existence proof for the idea of perturbing space time-a "Chicago pile" moment, as it were. The energy problem, solved Ten c!

Daydreaming Beyond the Solar System with Warp Field Mechanics This article was authored by Harold “Sonny” White and Catherine Ragin Williams Sure and is a submission of the Exotic Research Group of Icarus Interstellar. Sure, the Red Planet or an asteroid are enticing destinations, but what if one day we wanted to go really, really far out? With the technology we have today, it’s not in the realm of possibility. But it could be … and the Eagleworks Laboratories at Johnson Space Center are doing the mathematics and physics required to find the answers that defy traditional Newtonian laws. Consciousness Representation of consciousness from the seventeenth century At one time consciousness was viewed with skepticism by many scientists, but in recent years it has become a significant topic of research in psychology, neuropsychology and neuroscience. The primary focus is on understanding what it means biologically and psychologically for information to be present in consciousness—that is, on determining the neural and psychological correlates of consciousness. The majority of experimental studies assess consciousness by asking human subjects for a verbal report of their experiences (e.g., "tell me if you notice anything when I do this").

The Warp Drive What: A spacecraft that travels at faster-than-light speeds by distorting, or "warping," the fabric of spacetime. Instead of trying to move through space, the warp drive moves space itself. The ship sits inside a bubble of spacetime bound by a negative energy field that races across the cosmos. Why: Chemical and nuclear propulsion, solar sails and ion thrusters all are too slow to reach the nearest star systems within a human life span. At faster-than-light speed (more than 186,000 miles per second), a warp-drive ship would travel 4.5 light-years to Alpha Centauri, the closest sun to our own, in about four years. Who: This warp-bubble model is based on thought experiments conducted by theoretical physicist Miguel Alcubierre of the National Autonomous University of Mexico, theoretical physicist Chris Van Den Broeck of Cardiff University in Wales and, most recently, by mathematician Jos Natrio of the Higher Institute of Technology in Lisbon, Portugal.

Teach a Kid to Argue - Figures of Speech Why would any sane parent teach his kids to talk back? Because, this father found, it actually increased family harmony. (First published in Disney’s Wondertime Magazine. The article was nominated for a 2007 National Magazine Award.) Those of you who don’t have perfect children will find this familiar: Just as I was withdrawing money in a bank lobby, my 5-year-old daughter chose to throw a temper tantrum, screaming and writhing on the floor while a couple of elderly ladies looked on in disgust. New Wormhole Theory Uses Space Photon Energy “Fluid” A new theory expands on other theories and adds photon energy “fluid” as a way to support wormholes. The introduction to the paper states the following. Wormholes are hypothetical geometrical structures connecting two universes or two distant parts of the same universe. For a simple visual explanation of a wormhole, consider spacetime visualized as a two-dimensional (2D) surface. If this surface is folded along a third dimension, it allows one to picture a wormhole “bridge”. [1] “A possible cause of the late-time cosmic acceleration is an exotic ﬂuid with an equation of state lying within the phantom regime, i.e., w = p/ρ < −1.

Choiceless awareness Choiceless awareness is posited in philosophy, psychology, and spirituality to be the state of unpremeditated, complete awareness of the present without preference, effort, or compulsion. The term was popularized in mid-20th-century by Jiddu Krishnamurti, in whose philosophy it signifies a main theme. Similar or related concepts had been previously developed in several religious or spiritual traditions; the term or others like it has also been used to describe traditional and contemporary secular and religious meditation practices. However, Krishnamurti's approach to choiceless awareness was unique and differs from both prior and later notions.

Ideas Based On What We’d Like To Achieve Warp Drive, When? The following section has a brief description of some ideas that have been suggested over the years for interstellar travel, ideas based on the sciences that do exist today. Worm Hole transportation Just when you thought it was confusing enough, those physicist had to come up with wormholes. Here’s the premise behind a "wormhole." biologist and computer scientist discover the 'anternet' A collaboration between a Stanford ant biologist and a computer scientist has revealed that the behavior of harvester ants as they forage for food mirrors the protocols that control traffic on the Internet. On the surface, ants and the Internet don't seem to have much in common. But two Stanford researchers have discovered that a species of harvester ants determine how many foragers to send out of the nest in much the same way that Internet protocols discover how much bandwidth is available for the transfer of data. The researchers are calling it the "anternet."