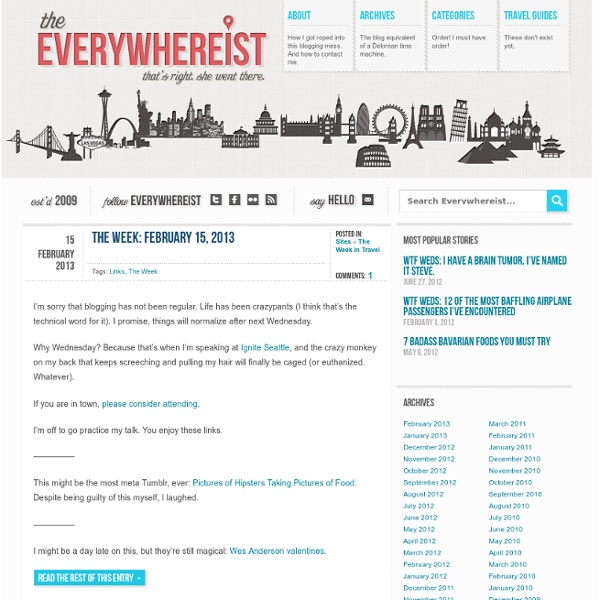 I’ve noticed a continual trend whenever I visit Europe, and it’s getting downright bizarre: t-shirts with non-sensical English words on them. I know that this isn’t new – there are entire blogs dedicated to this stuff, but usually it occurs in Asian countries that use a non-Roman alphabet, so the discrepancy sort of makes sense, and it’s very much a two-way street: I knew plenty of girls in college who didn’t speak a lick of Japanese but that didn’t stop them from getting tattoos of what they claimed were the kanji symbols for “harmony” and “happiness.” I have no idea how they verified that. But the thing is, practically everyone in Europe speaks English. And they speak it very, very well. And yet there are still lots of shirts like this:

Blog Archives – 148Apps – iPhone App and Game Reviews and News Expert App Reviewers So little time and so very many apps. What’s a poor iOS devotee to do? Fortunately, 148Apps is here to give you the rundown on the latest and greatest releases. How to Travel on Less Than 10 Dollars a Day According to Thomas Love One of the most common reasons people give for not traveling is the lack of money. However, in most cases, it’s not the lack of money, but rather the fear of the unknown that keeps us from experiencing the wondrous sites of our green and blue marble. To show how it’s possible to travel on less than 10 dollars a day, redditor and insatiable traveler, Tomislav Perko, took to reddit to answer some of the most burning questions fellow redditors had about what it’s like to travel on a low budget. Here are some highlights of Tom’s AMA. [redditor] How did you get started? [Tom] I had a pretty normal life back home – studying, working as a stockbroker, had a steady relationship.

How to take incredible photos with your phone We recently discovered that the iPhone has become the most commonly used camera among Flickr users. Of course, there are photography purists who will say that taking a photo with your phone isn’t the same as using a sophisticated SLR camera, but the results speak for themselves. An improvement in the quality of camera phones, coupled with some great apps that really let you get creative, and you’d be amazed what kinds of photos you can take with your phone. As the saying goes, the best camera is the one you have with you. We’ve put together a short list of guidelines to keep in mind when using your phone, along with some examples of great phone photography and iPhoneography. Know your phone

How to Write Travel Stories That Sell Writing © by tonyhall “How do I get paid for my travel writing?” It’s a common question here at TBA. And fortunately, we’ve got an expert lined up to answer all your questions. 20 Ways to Meet Credit Card Minimum Spend Requirements Posted By Trav Earning frequent flyer miles and travel rewards through credit card sign-up bonuses is far and away the best way to get large chunks of points quickly. In fact, it’s the way that I’ve earned over 90% of my 3 million frequent flyer miles in the last four years. However, when deciding which credit cards are right for you, there is one thing you must be keenly aware of: The minimum spend requirement. Berlin Berlin Berlin is a huge city with several district articles containing sightseeing, restaurant, nightlife and accommodation listings — have a look at each of them. East Side Gallery - "The mind is like the trail of birds in the sky" Berlin is the capital city of Germany and one of the 16 states (Länder) of the Federal Republic of Germany. Berlin is the largest city in Germany and has a population of 4.5 million within its metropolitan area and 3.5 million from over 190 countries within the city limits.

Making Money As A Travel Photographer It’s not long before people with a passion for both photography and travel hit upon the idea that combining the skills is a cash-crop just waiting to be harvested. Then they email me. Or Matt Brandon. Or Gavin Gough. No doubt people like Rick Sammon or Bob Krist get flooded with the same emails asking the same question. How do I make money as a travel photographer?