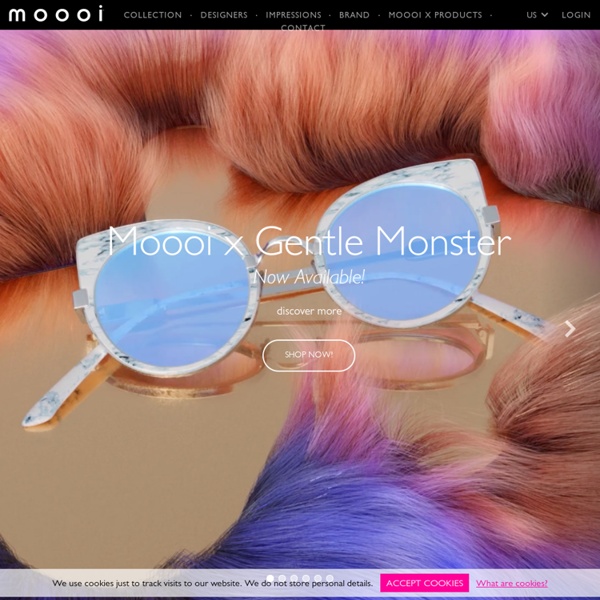 EDRA Weird and Wacky Furniture By Straight Line Designs EmailEmail Straight Line Designs is a one-of-a-kind workshop that has been operating out of Vancouver, British Columbia for the past 25 years. In addition to installations, sculptures and private commissions, designer Judson Beaumont and his staff of eight full-time craftspeople have designed and constructed a variety of wacky cartoon-style furniture and projects for public institutions and children’s exhibitions throughout North America and abroad. Focused on quality and custom design, Judson’s studio stays far away from mass production and is as imaginative as children themselves. Website: StaightLineDesigns.com 1. 2. 3. 4. 5. 6. 7. 8. 9. 10. 11. 12. 13. 14. 15. 16. 17. 18. 19.Daddy Long Legs

Buy Roberts RD60 DAB Revival Style Radio (Duck Egg Blue Average rating (1 review) apart from the nostalgic element (my dad had an old roberts when i was growing up) the radio looks lovely, sounds crisp and clear and is very user friendly. digital stations are in alphabetical order and whilst it does some nice things - favourites list being one - it isnt all high tech and gadgety - just switch it on and go Rakuten’s Play.com is an online trading platform which enables third party sellers and buyers to negotiate and complete transactions via its Website. Rakuten’s Play.com is neither the buyer nor the seller of any items sold via its Website. Accordingly, Rakuten’s Play.com is not a party to the contract for sale between a buyer and seller and is not responsible for fulfilling and delivering orders, handling returns or processing refunds for purchases made. The relevant seller’s terms and conditions apply to delivery, refunds and returns of any items sold via Rakuten’s Play.com.

Bars As far as nightlife goes, in Porto, Portugal, it is all happening downtown. A local company, Baixa (baixa is Portuguese for downtown), has recently added another downtown nightclub to its roster that already includes the Baixa bar. The new nightclub, Instalação (installation), was designed by José Carlos Cruz Arquitecto, the same team responsible for the design of Baixa bar as well as the Farmacia Lordelo we have featured earlier. The space for Instalação, opened in March, was in essence a long, narrow corridor with two dividing structural arches that support the building itself. From this 250 square-meter (2,690 sq.ft.) space the designers created a golden wire tunnel where the main materials are concrete, brass and polished aluminum. Andy Warhol’s Factory inspired some of the ideas for the smaller VIP room, and Anish Kapoor’s ideas gave suggestions for the beautifully textured concrete ceiling – our favourite part of the entire project. Photos by Fernando Guerra FG+SG.

Sleeping Bag Chair Sleeping Bag Chair February 19th, 2012 | Inspiration | Comfortable lounge chair with integrated sleeping bag designed by Les M. Anais Morel and Celine Merhand created a chair that will keep you warm while you sleep, relax, watch TV, or read your favorite book.The “Cocon” blanket is removable and machine washable. Also check out: Sleep Suit, Vertical Bed, and Ostrich Pillow Share this Page: viewer want! Add Your Comment Peace Pod Bokja I was so excited to have spotted these chairs by Bokja on Table Tonic this morning – but WTF, how can anybody not notice them? These exuberant pieces of furniture are the fruits of Beirut-based Hoda Baroudi […] Yabba Dabba Doo Would you have ever guessed that this Flinstones inspired house belonged to television legend Dick Clark? The bright and cavernous house sits on over 22 acres in Malibu, CA and is currently up for sale at $3.5 […]

Fascinating Lamps by Calabarte | Pondly Calabarte is the pseudonym of a Polish artist named Przemek Krawczynski, whose art takes on a peculiar but incredibly beautiful form: cool lamps. The name itself is a portmanteau of two words – art (obviously), and calabash, the fruit that carries his imagination. The calabash is a bottle gourd originating in India, although Calabarte gets his supply from Senegal. Due to ancient domestication and usage, the bottle gourd has an incredibly tough outer shell. Due to the combination of dark, thick material with a light source within, the primary art of his work, however, shines in the dark. Hard work, beauty, an exceptional degree of detail and a marriage between mathematical geometry and a rampant imagination – all imprinted onto the husk of a Senegal calabash. Described as the art of light, Calabarte’s artistic tendencies truly took off in 2009, when he made his first gourd lamp, by chance of coming across a calabash. Website