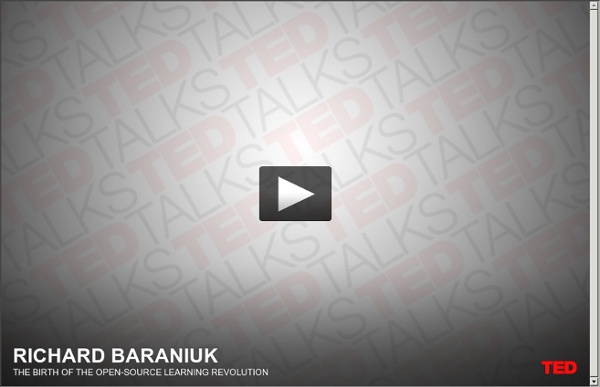 WALC2011 The active learning model is currently utilized in many undergraduate programs throughout the United States and continues to expand at the university level. Research shows that implementation of the active learning model results in a significant increase in students’ knowledge retention and improvements in student performance. Particularly impressive gains have been documented among groups of students that traditionally have been under-represented in science. The 2011 Windward School Active Learning Colloquium aims to develop the skills and knowledge necessary for school leaders to guide reform of the learning, assessment, and teaching of science at the secondary school level.

Press Folders A big part of your job is to make it EASY for media to report about us. So here’s the best way to do that… have a press folder ready to go at all times. So how do you make up some press folders? You can use any decent “presentation folder” like you get at Staples. I like the ones with a clear plastic cover. Often I even use thin (1/2”), 3-ring binders. Teachers Training International – Helping you motivate, manage and engage your students One of the downsides of teaching is that in the process of educating our students about facts and figures we are also teaching our students how to think. For most teachers their initial response would be to not give this a second thought. However I wonder if this might be one of the greatest long term problems that education is facing right now. Watch the following two and a half minute talk clip and then I will explain my thoughts (the key thought happens at 2:26) Did you catch the key sentence? Let’s never forget that whatever brilliant ideas you have or hear, that the opposite may also be true.”

2010 Horizon Report Download the 2010 Horizon ReportPDF • ePub (also available in other languages) The 2010 Horizon Report is a collaboration betweenThe New Media Consortium and theEDUCAUSE Learning Initiative An EDUCAUSE Program © 2010, The New Media Consortium. Permission is granted under a Creative Commons Attribution-NonCommercial-NoDerivs license to replicate and distribute this report freely for noncommercial purposes provided that it is distributed only in its entirety. To view a copy of this license, visit creativecommons.org/licenses/by-nc-nd/3.0/ or send a letter to Creative Commons, 559 Nathan Abbott Way, Stanford, California 94305, USA. Citation Johnson, L., Levine, A., Smith, R., & Stone, S. (2010).

Pearltrees Pearltrees refers to itself as "a place for your interests".[8] Functionally the product is a visual and collaborative curation tool[9][10][11][12] that allows users to organize, explore and share any URL they find online as well as to upload personal photos, files and notes.[13] The product features a unique visual interface[14][15] that allows users to drag and organize collected URLs, and other digital objects.[16] that themselves can be further organized into collections and sub-collections,[17] (URLs). Users of the product can also engage in social/collaborative curation using a feature called Pearltrees Teams.[18] Pearltrees was founded by Patrice Lamothe, CEO,[22] Alain Cohen, CTO,[23] Nicolas Cynober, Technical Director,[24] Samuel Tissier, Ergonomy/UI[25] and Francois Rocaboy, CMO.[26] History[edit] Development of Pearltrees began in 2007.

Continuous Partial Attention What is continuous partial attention? Continuous partial attention describes how many of us use our attention today. It is different from multi-tasking. The two are differentiated by the impulse that motivates them. When we multi-task, we are motivated by a desire to be more productive and more efficient. How to implement studio teaching? Philosophy Studio teaching is not just another kind of classroom activity. It is not a lab session, nor is it just a series of class projects. It is an approach to teaching and learning that gets students actively engaged in directing their own learning. The instructor is not the focus of the class, as in traditional classrooms. Clannad Clannad are a family band composed of siblings Moya Brennan (Irish: Máire Ní Bhraonáin), Ciarán Brennan (Irish: Ciarán Ó Braonáin), Pól Brennan (Irish: Pól Ó Braonáin, who left in 1990 and rejoined in 2011) and their twin uncles Noel Duggan (Irish: Noel Ó Dúgáin) and Pádraig Duggan (Irish: Pádraig Ó Dúgáin). Their sister/niece Enya (Irish: Eithne Ní Bhraonáin) left the group in 1981 to pursue a solo career. Ten years after "taking a break",[10] the five original members of Clannad reunited on stage at the Celtic Connections Festival in February 2007 in Glasgow, Scotland. Moya, Ciarán, Noel and Pádraig embarked on their first UK tour in over 10 years in March 2008, starting in Gateshead.[11] In September 2013, Clannad released Nádúr, their first studio album in fifteen years.[12] Early years[edit] Musical upbringing[edit]

In praise of cooperation without coordination: Clay Shirky at TEDGlobal 2012 Amy Cuddy must be proud: Clay Shirky walks on stage and promptly strikes a power pose. Then he tells us of a 9-year-old Scottish girl who lives about 50 miles from here. Martha Payne started the foodblog NeverSeconds, for which she took her camera into school to document her lunches, using metrics such as “pieces of hair found in food.” Skyline CPI A Complete How-To for Creating Curriculum Sites and Student Portfolios using Google's Tools! Note: at this time Google is currently switching from Google Docs to Google Drive. We will update this site as soon as the switch is complete. The WhatA methodology for creating and organizing online student portfolios and curriculum sharing sites throughout an entire school.

Lhasa de Sela 2011-03-18 - Radio shows about Lhasa Three comprehensive and very moving programs about Lhasa (each one longer than 54 minutes) have been produced during the first three months of 2011: two on CBC Radio in English, and one on France Culture in French. Please consult our page of links to listen to them streaming. 2011-01-01 - 1st Anniversary Again it's the 1st of January.