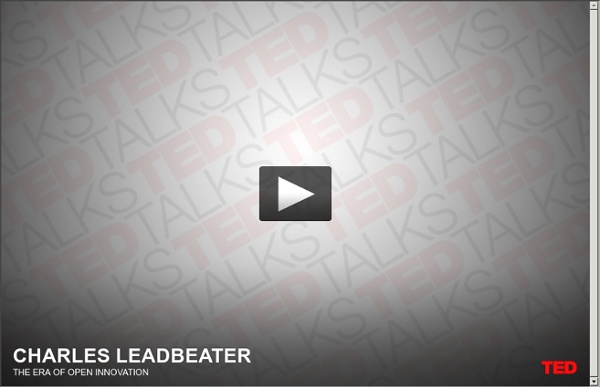 Innovation While something novel is often described as an innovation, in economics, management science, and other fields of practice and analysis it is generally considered a process that brings together various novel ideas in a way that they have an impact on society. Innovation differs from invention in that innovation refers to the use of a better and, as a result, novel idea or method, whereas invention refers more directly to the creation of the idea or method itself. Innovation differs from improvement in that innovation refers to the notion of doing something different rather than doing the same thing better. Inter-disciplinary views[edit] Society[edit] Teachers Training International – Helping you motivate, manage and engage your students One of the downsides of teaching is that in the process of educating our students about facts and figures we are also teaching our students how to think. For most teachers their initial response would be to not give this a second thought. However I wonder if this might be one of the greatest long term problems that education is facing right now. Watch the following two and a half minute talk clip and then I will explain my thoughts (the key thought happens at 2:26) Did you catch the key sentence?

How to Make HUGE Bubbles For best viewing click the gear in the bottom right corner of the video and change the quality to 720p! I had more fun making this video than any I can remember in the recent past. Making giant bubbles may turn into an ongoing hobby. Some of my younger cousins have certainly enjoyed it as well! Continuous Partial Attention What is continuous partial attention? Continuous partial attention describes how many of us use our attention today. It is different from multi-tasking. The two are differentiated by the impulse that motivates them. Co-creation, user-generated content, DIY advertising and more! CUSTOMER-MADE: time to tap into THE GLOBAL BRAIN! Last updated: May 2006 | Let’s get this out of the way once and for all: trends are not one-off coining affairs. Some trends are worth tracking for years and years, especially if they represent a radically new definition of what constitutes value to consumers.

Publications From astronomy to activism, from surfing to saving lives, Pro-Ams - people pursuing amateur activities to professional standards - are an increasingly important part of our society and economy. For Pro-Ams, leisure is not passive consumerism but active and participatory, it involves the deployment of publicly accredited knowledge and skills, often built up over a long career, which has involved sacrifices and frustrations. The 20th century witnessed the rise of professionals in medicine, science, education, and politics. In praise of cooperation without coordination: Clay Shirky at TEDGlobal 2012 Amy Cuddy must be proud: Clay Shirky walks on stage and promptly strikes a power pose. Then he tells us of a 9-year-old Scottish girl who lives about 50 miles from here. Martha Payne started the foodblog NeverSeconds, for which she took her camera into school to document her lunches, using metrics such as “pieces of hair found in food.” First, she acquired dozens, then hundreds, then thousands of readers. Until, two weeks ago, when she posted that she’d been shut down by her head teacher. No more photos from the lunch room.

Subbable: Subscription crowdfunding for rabid YouTube fans By Carmel DeAmicis On September 30, 2013 Two brothers — Hank and John Green — have produced online videos since 2007. Known as the VlogBrothers, they gained notoriety for their work on early Web shows such as “Brotherhood 2.0″ and “The Lizzie Bennet Diaries.” They caught Google’s eye and got funded as part of the YouTube Original Channel Initiative. In their current series “Crash Course,” the duo teach high school courses for free in a frenetic, fun, and fast-paced manner. You may or may not recognize them from their recent hit on what’s wrong with America’s healthcare system, but it was blowing up my Facebook stream last week.

Complex adaptive system They are complex in that they are dynamic networks of interactions, and their relationships are not aggregations of the individual static entities. They are adaptive in that the individual and collective behavior mutate and self-organize corresponding to the change-initiating micro-event or collection of events.[1][2] Overview[edit]

Mapping GitHub – a network of collaborative coders GitHub is a large community where coders can collaborate on software development projects. People check code in and out, make edits, etc. Franck Cuny maps this community (with Gephi), based on information in thousands of user profiles. The above is a map colored and sorted by the main language of each person (PHP, Python, Perl, Javascript, or Ruby). Cuny then looks at the structure within the coding networks, which is the most interesting part of the project. The Python map, for example, shows several projects, with Django in the dominant center.