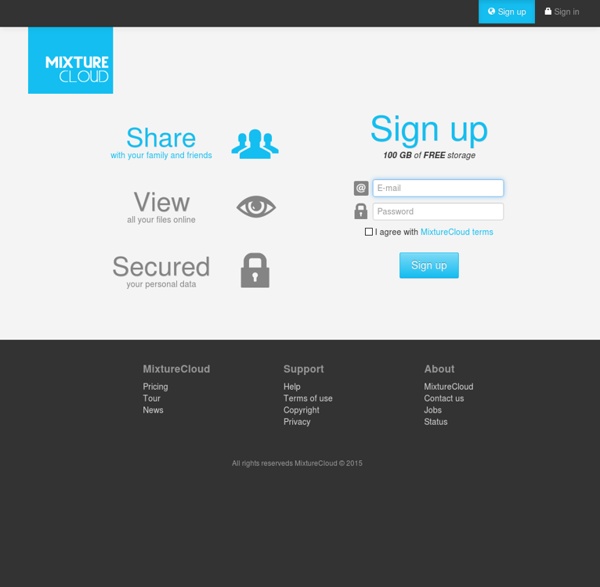 Top 10 Uses For Dropbox You May Not Have Thought Of For many advanced computer users, Dropbox is the premiere cloud-based storage and sharing document service. It has replaced the Documents folder on my Mac, and is the primary way I sync files between my devices. Similar and equally useful free services include Google Drive and Box.com. We’ve already covered some awesome uses for Dropbox, including How to Run Multiple Dropbox Accounts Simultaneously [Mac], how to send send files to your Dropbox without using Dropbox, how to upload files faster and easier with Dropbox, and even how to host a WordPress blog on your Dropbox account. The following are a handful of other ideas for new and maybe more experienced users of Dropbox.

Torrent a telecharger sur Cpasbien.me - Torrent en téléchargement : Films Divx, Séries Télé, Albums mp3, Jeux... 21-09-2019 Aliexpress September in Style. $7 off orders starting from $60. 21-09-2019 Aliexpress September in Style. $4 off orders starting from $5 for new users. 22-09-2019 AliExpress 15% Off your order. SpringPad Get inspired. Get organized. Get more done. Get Started Get Started Get the App Get the App it's free! JustCloud What does JustCloud do? JustCloud uses a small desktop application to backup all of your computers files to the cloud. Your files are constantly backed up and you can access them at anytime from any device in the world by logging in to the JustCloud online control panel.

Topsy - Instant social insight With iOS 9, Search lets you look for content from the web, your contacts, apps, nearby places, and more. Powered by Siri, Search offers suggestions and updates results as you type. There are two ways to use Search on your iOS device. Quick Search Drag down from the middle of the Home screen and type what you're looking for. Cloud Explorer for SkyDrive Microsoft Office Mobile is the official Office companion optimized for your Android phone. You can access, view and edit your Microsoft Word, Microsoft Excel and Microsoft PowerPoint documents from virtually anywhere. Documents look like the originals, thanks to support for charts, animations, SmartArt graphics and shapes. Compare SkyDrive, Google Drive and Dropbox We compare the features of Windows SkyDrive, Google Drive and Dropbox to help you pick the best file storage and sync service for your specific requirements. You have your files, photos and documents on your home computer that you would like to access from other locations on different devices. Dropbox has been the de-facto choice for long but that could potentially change as Microsoft and Google have just entered the arena with the launch of Windows Live SkyDrive and Google Drive respectively.

Infinite Storage on your Desktop features infinite hard drive Keep every file you have ever owned in Bitcasa.