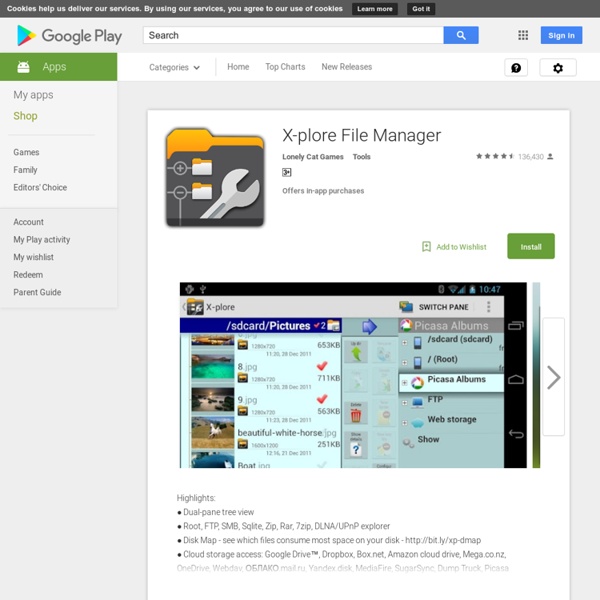 Power Toggles Do you like weeding through menus and sub menus of options to find the setting in your Android Smartphone that you want to change? Ya, we don't either. With Toggle It you can easily, quickly add toggle widgets, from one to as many as your Android device's screen can hold. Once you add a toggle widget to your Android device's home screen it's as easy as pressing on it to turn it on and off. Unlike the default Android Power control widget set that only allows for five toggle widgets, which cannot be changed, Toggle It lets you, the user, put as many different toggle widgets as you want on your device's home screens! Current Toggle Widget Set: Ringer - switch between normal, silent, and vibrate only for incoming phone calls Phone Signal - turn off all telephony transmission signals, which can really save a lot of battery power Mobile Data - enable to disable 2G/3G connectivity. WiFI - enables or disables the WiFi connection on the device. Bluetooth - enables or disables Bluetooth feature.

Memory Usage Most popular Data Usage app from iOS .. now available on Android.. Offered free for limited time.. Data Usage monitors cellular (3G/4G/LTE/Edge/GPRS) and Wi-Fi data usage real time from your device. Set data quota and billing cycle information and let Data Usage worry about making sure you don’t pay for overages again. MEDIA IS RAVING ABOUT IT.. ★★★★★"If your data charges are the thorn in your bill, an app like Data Usage could be really useful. App runs in background and shows real-time usage information as a widget on your home screen. With this most precise tool, you are always in control of data plan limit and save hundreds or thousands on data overages! Cool feature competitors don't have: ✔ continuous background data usage monitoring ✔ real-time customizable alerts on exceeding certain usage ✔ History of data usage by billing cycle with daily detail ✔ Chart visualization for daily usage and billing cycle usage ✔ email support from within app ✔ full user help included with app

Secure Your Android with Picture Password Lockscreen There are an abundance of various lock screen replacements available for Android, each using a slightly different method of verifying the authenticity of the user—including the standard PIN code or the grid pattern options. Inspired by the Microsoft Windows 8 picture lock screen, XDA Senior member kevdliu has developed something a little more unique. Picture Password Lockscreen is a lock screen application that allows you to set a custom image and a custom swipe gesture on the image. You have the option of setting a single point, a point to point line, or a circle gesture. Another handy feature of the app is the option to disable the ability of the status bar to be slid down in the lockscreen, which has been known to cause the odd accidental unlock in the trouser pocket! If you fancy giving the app a try, head on over to the app thread. _________Want something on the XDA Portal?

Dock4Droid Are you having troubles to fall asleep? Are your kids hyperactive when playing with the tablet before bed time?Are you using your smart phone or tablet in the late evening? Twilight may be a solution for you! Recent research suggests that exposure to blue light before sleep may distort your natural (circadian) rhythm and cause inability to fall asleep. The cause is the photoreceptor in your eyes, called Melanopsin. In experimental scientific studies it has been shown an average person reading on a tablet or smart phone for a couple of hours before bed time may find their sleep delayed by about an hour. The Twilight app makes your device screen adapt to the time of the day. Please read the basics on circadian rhythm and the role of melatonin: Examples of related scientific research:

Default App Manager - Clear & Set Default Apps For Actions [Android] Android allows you to choose a default app for a particular action. For instance, you might want to use Swype as your preferred text input method, jetAudio as your chosen music playing app, or MiHome as your default homescreen replacement app. This is a good option to have, but once used, your Android requires the defaults for that particular action to be cleared before any other alternative from that category can be availed. This can become quite a hassle. If you’re looking to manually set default actions for a specific action or category (say camera, messaging or audio files) on your device, then Default App Manager could prove to be the exact solution you’re after. Once you are done with installation, just launch the app on your device. If you wish to clear default app settings for a selected category, tap on the Clear Defaults button on this screen. Download Default App Manager for Android Advertisement

Conmigo Is An Expense Management App For Roommates [Android] Looking for a way to get rid of those daily tussles with your roommates over expenses and debts? Maybe can help. Conmigo is an budget/expense management app for Android users who’re sharing an accommodation (or whatever resources for that matter) and want to settle all its expenses with their partners without running into unwanted disputes. The app focuses on keeping a detailed record of all the transactions that occur between partners sharing various resources and lets you know exactly how much each owes to the other to get their accounts settled. With Conmigo, you can create groups of participants, get informative tips, manage transaction history and settle accounts with individual participants or all. Users new to Conmigo can sign up for a free account from within the app. Conmigo utilizes the screen space perfectly to display all the important expense/debt information pertaining to various participants in the group and the amount that each one owes to you and vice versa.

Ultimate App Guard: Scheduled Lock/Unlock Profiles For Android Apps Amid the mishmash of all the various Android applications that let you protect your favorite apps on device either via password, PIN or by hiding them from view, if you’re still in a fix over finding an effective solution, then here’s a handy alternative called Ultimate App Guard. The app boasts as many as 7 different alternative locking techniques for all your apps (including system apps), multiple customizable lock profiles (with an option to add multiple apps of your liking in each), a scheduling mechanism to lock/unlock apps at specified time periods, a nifty little homescreen widget (or rather switch) that lets you quickly toggle all locks with a single tap, option to unlock all apps when unlocking a particular app and facility to specify a validity period (or rule) that keeps an app unlocked. Ultimate App Guard, when launched for the very first time, scans your device for all installed apps and displays the number of apps that are locked by default. That’s not all. Advertisement

Automatically Disable Android Lockscreen When Connected To Home WiFi Keeping the screen of your Android device locked is a necessary precaution, but waking your device up, swiping across or along the screen to unlock it every time the display times out can prove to be quite a hassle, especially if your lockscreen is password-protected. And when you’re at home, said precaution becomes an unnecessary one. Presenting Unlock With WiFi for Android – developed by a senior member at XDA, this app automatically disables the lockscreen (whether password-protected or not) when your device connects to a user-defined Wi-Fi network. So when, for instance, you’re at home or work with your device connected to the specified WiFi access point, waking the device after a display time-out won’t take you to the lockscreen. The app also allows you to set a lock delay that determines the time the device would take to lock itself after it is disconnected from said network. The interface is simple yet easy on the eyes. Download Unlock With WiFi for Android Advertisement