The psychology of color 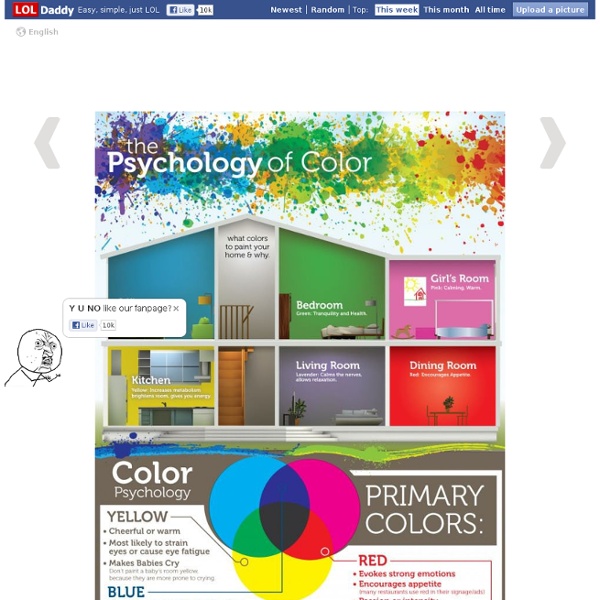 25 Cool Ideas To Display Family Photos On Your Walls Family portrait by Lori Andrews (via designcrushblog) We all have family photos that we love. Most of them live well in photo albums but the best of them could and should be displayed throughout the house. It’s one of those things that add a personal touch of coziness to any interior decor. Besides, nowadays there are so many cool ways to display them that your family photos could even become a real design element. Some time ago we’ve already shown you a bunch of cool ideas how you can hang your photos and art in creative ways.

DIY Floral Bag When H&M asked us to DIY a boho-inspired item for their summer issue, découpage was the first thing that came to mind. Honestly, does it get any better than customizing a simple handbag with a brilliant floral print? However you create it, it’ll be satisfying to know that you’ve designed yourself a one of a kind bag! You’ll need:a handbagcotton fabric with a large floral patternpainter’s tapeMod Podgecraft paint2 small plastic dishes2 brushesscissors How to Solve a Rubik's Cube (Easy Move Notation): 18 steps First LayerMiddle LayerLast layerNotations Edited by NatK, Krystle, Mimi, BohemianWikipedian and 59 others The Rubik's Cube can be very frustrating and may seem next to impossible to restore to its original configuration. However, once you know a few algorithms, it is very easy to solve. The method described in this article is the layer method: we first solve one face of the cube (first layer), then the middle layer, and finally the last layer. Ad

Collected Quotes from Albert Einstein [Note: This list of Einstein quotes was being forwarded around the Internet in e-mail, so I decided to put it on my web page. I'm afraid I can't vouch for its authenticity, tell you where it came from, who compiled the list, who Kevin Harris is, or anything like that. Still, the quotes are interesting and enlightening.] "Any intelligent fool can make things bigger, more complex, and more violent. The illustrated guide to a Ph.D. Imagine a circle that contains all of human knowledge: By the time you finish elementary school, you know a little: By the time you finish high school, you know a bit more:

30 Stunning and Inspirational Comic Covers In the past it was rejected as a secondary form of art, the 20th century transformed comics into a mass medium. From comic strips to graphic novels, the gender has increasingly grown in number of publications and popularity. With the expansion of the gender came the necessity of creating covers that look amazing and attract new readers. Comic book covers are not only the preview of what's under them, but stunning works of art. Sometimes it's a good idea to look for inspiration outside your usual field of action. Braided Headband Hi there! This is Elsie and Emma from A Beautiful Mess. We had some leftover floral tights that we decided to restyle into a cute headband.