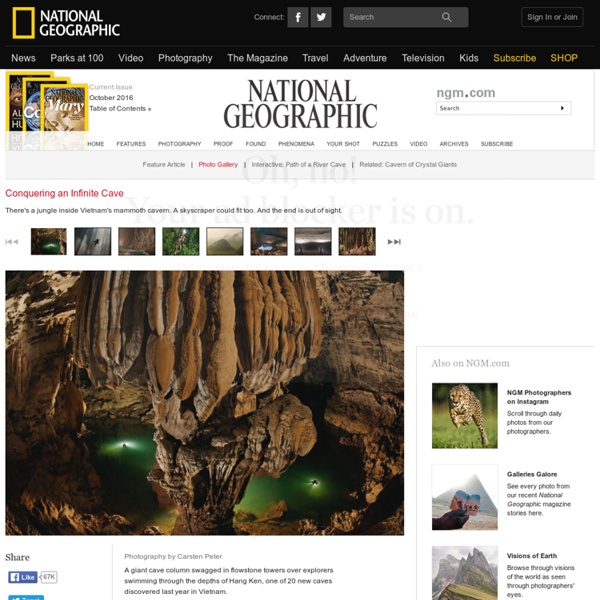 TIL you can learn practically any major language for free online with quality teaching material. If you want to learn a language go here before LiveMocha. : todayilearned Khan Academy Ancient humans, dubbed 'Denisovans', interbred with us 22 December 2010Last updated at 18:03 By Pallab Ghosh Science correspondent, BBC News Professor Chris Stringer: "It's nothing short of sensational - we didn't know how ancient people in China related to these other humans" Scientists say an entirely separate type of human identified from bones in Siberia co-existed and interbred with our own species. The ancient humans have been dubbed Denisovans after the caves in Siberia where their remains were found. There is also evidence that this group was widespread in Eurasia. A study in Nature journal shows that Denisovans co-existed with Neanderthals and interbred with our species - perhaps around 50,000 years ago. An international group of researchers sequenced a complete genome from one of the ancient hominins (human-like creatures), based on nuclear DNA extracted from a finger bone. 'Sensational' find DNA from a tooth (pictured) and a finger bone show the Denisovans were a distinct group 'Fleeting encounter'

pg132 The Project Gutenberg eBook, The Art of War, by Sun Tzu This eBook is for the use of anyone anywhere at no cost and with almost no restrictions whatsoever. You may copy it, give it away or re-use it under the terms of the Project Gutenberg License included with this eBook or online at www.gutenberg.org Title: The Art of War Author: Sun Tzu Translator: Lionel Giles Release Date: May 1994 [eBook #132] [Last updated: January 14, 2012] Language: English Character set encoding: ISO-646-US (US-ASCII) Note: Please see Project Gutenberg's eBook #17405 for a version of this eBook without the Giles commentary (that is, with only the Sun Tzu text). Translated from the Chinese with Introduction and Critical Notes Assistant in the Department of Oriental Printed Books and MSS. in the British Museum First Published in 1910 To my brother Captain Valentine Giles, R.G. in the hope that a work 2400 years old may yet contain lessons worth consideration by the soldier of today this translation is affectionately dedicated.

Harry Potter and the Methods of Rationality Chapter 18: Dominance Hierarchies, a Harry Potter fanfic Any sufficiently advanced J. K. Rowling is indistinguishable from magic. "That does sound like the sort of thing I would do, doesn't it?" It was breakfast time on Friday morning. But dungeons! "Harry Potter," said a quiet voice from behind him. Harry looked over his shoulder and found himself beholding Ernie Macmillan, smartly dressed in yellow-trimmed robes and looking a little worried. "Neville thought I should warn you," Ernie said in a low voice. There was a pause as Harry processed this, and then he lifted his eyebrows. Ernie nodded, and turned to go back to the Hufflepuff table. Harry resumed eating his toast. It was around four bites afterward that someone said "Pardon me," and Harry turned around to see an older Ravenclaw, looking a little worried - Some time later, Harry was finishing up his third plate of rashers. "Yes," Harry said wearily, "I'll try not to draw Professor Snape's attention -" "Oh, that's hopeless," said Fred. "Completely hopeless," said George. "Fired?" "Dungeons!"