KAT is doing The Ugly Dance 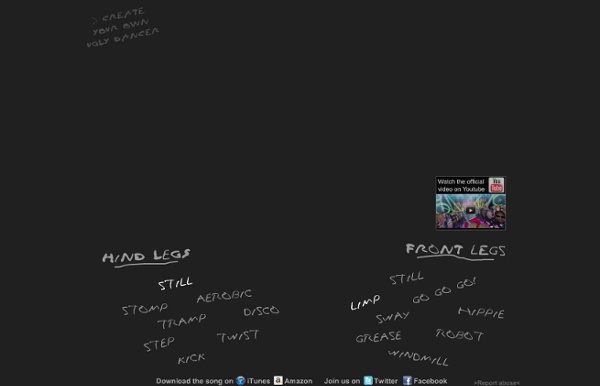 33 Mistakes Men Make While Having Sex (INFOGRAPHIC) Maybe you don’t know but women can handle your soft side. When it comes to personality you can be as soft as bloody filet mignon. But when we talk about bed time, your penis needs to be hard. That’s not up for discussion. And here is the list of the things you should not do once Its Majesty is up. Now, ladies, let’s be honest. Remember that the receiving process begins with the giving process. Click Here To Discover What Men Secretly Want, But They Could Never Tell You.

Castles from Around the World : Kathika Travel Website Castles … they remain a modern day link to Kings, Queens, and Knights of the past. Sometimes if the castle was the home of historical figures like Count Dracula they can even be quite spooky. Below are 20 castles that showcase a wide variety of styles from across the globe, and one that locals believe might just have belonged to a certain vampire … Peles Castle is Neo-Renaissance castle that was built in a particularly beautiful part of Romania’s Carpathian Mountains between 1873 and 1914. King Carol I of Romania fell in love with this particular stretch of rugged terrain and decided to build the castle in 1866, which, according to architectural technicalities, is actually a palace due to its lack of defensive fortification. The Neuschwanstein Castle is a 19th-century palace that was constructed in Southwest Bavaria, Germany, and it has become one of Germany’s most popular tourist destinations. Photo credit: Pear Biter Sun Sets on Château de Chillon Photo credit: Nawal_

15 sharp-witted, reading-themed cartoons from an Iranian comic contest Last year, Iran Cartoons organized an international contest for single-panel cartoons on the theme of reading. Some of the submissions were dark and sarcastic, others optimistically inspiring. Some were make-you-think obtuse, others pleasantly straightforward. Here are selections from the 39 finalists… First Place Runners-up Finalists [ wu :: riddles(easy) ] So, an eccentric entrepreneur by the name of Alphonse Null has sent out a press release about his new, mind-blowing hotel: The Hotel Infinity. Null informs the world that this hotel has an infinite number of rooms (specifically, an infinity equal to the cardinality of the integers). A quick tour puts skeptics' claims to rest; as far as anyone can tell, this hotel has infinite rooms. The consequences are mind-boggling, and Null sets up a press conference to answer questions... "So, Mr. "The elevators have an ingenious formula device instead of buttons... simply input the formula for your room number, with Ackermann numbers or somesuch... your room formula can be picked up at the front desk. "How do you produce the power and water for this hotel?" "I have infinite generators and wells, of course. "What about costs? "That's the beauty of it! "But, Mr. "Oh?" The reporter then mentioned something which made Mr. "Oh... oh goodness... So with what simple assumption did Mr.