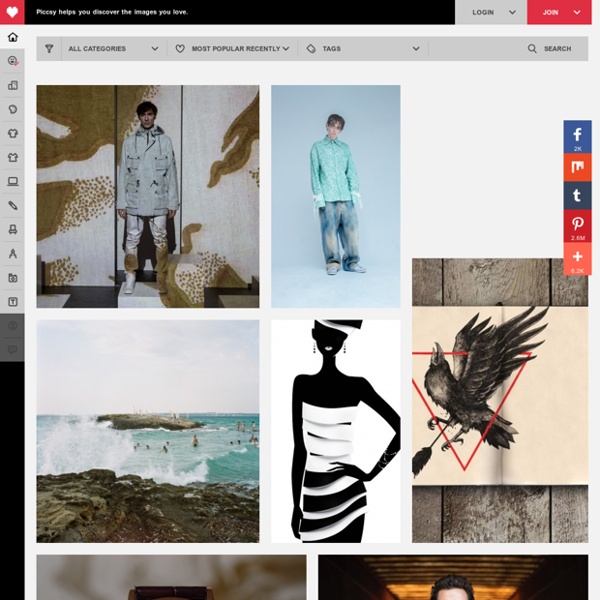 The 40 Sexiest Scarlett Johansson GIFs « 9 out of 10 doctors agree that you absolutely cannot have enough Scarlett Johansson in your diet. And since we’ve already brought you Scar-Jo’s hottest photos in celebration of her birthday, we decided today to show you her sexiest GIFs from various movies, TV appearances, and life. Obviously we won’t be including this one. Because it’s her stunt double from The Avengers. 40 Remarkable Computer Desktop Mods Computer desktop is a very personal thing. Each of us has a personal preference how our desktop should looked like. Modding (customizing) a desktop can be as simple as changing the desktop wallpaper, or messing with the default icons. It can also go as far as tweaking the entire navigation as well as the look and feel. Here’s a showcase of 40 Remarkable Computer Desktop Mods (modifications) that highly represent each user’s personality together with explanations on the applications, icon sets used. Full list after jump.

Dancers out and about [25 pictures] Photographer Jordan Matter created his series “Dancers Among Us” as a reminder to “relish moments large and small, recognize the beauty around you, and be alive!” Here are a bunch of the pics, but there are even more at his website and in his book. Home - AmO Images: Capturing the Beauty of Life - AmO Images: Capturing the Beauty of Life Gleb Goloubetski was born in 1975 in Omsk, Russia, a Siberian town. His father, who died when Gleb was six, was a merited artist of the Soviet Union, and his grandfather was an architect. His mother currently owns a gallery in Omsk. Gleb's talent was discovered during his early childhood and he began selling his work at the age of 15. He studied at an art academy in St Petersburg, and from 1989 to 1995 continued as a student in the master class of Valerij Kullkov.

GetGlue: Check-in to tv, movies and music Social Network for Entertainment Discover what to watch, share what you're watching with friends and fans, and get updates from your favorite shows. LOLCODE LOLCODE is an esoteric programming language inspired by lolspeak, the language expressed in examples of the lolcat Internet meme.[1] The language was created in 2007 by Adam Lindsay, researcher at the Computing Department of Lancaster University.[2] The language is not clearly defined in terms of operator priorities and correct syntax, but several functioning interpreters and compilers already exist. One interpretation of the language has been proven Turing-complete.[3] Language structure and examples[edit] Example 1[edit] Example 2[edit]

Silhouette Pictures: 30 Silhouette Photography Examples Posted on Aug 07, 2009 | Comments 50 251.2K Flares251.2K Flares × A silhouette is defined as an outline that appears dark against a light background. More specifically, it is where your subject is seen as a black shape without detail against a brighter background. Several things require attention when photographing a silhouette. Worth1000 Home Welcome fans of Worth1000.com. If you're looking for Worth's amazing creative content, then you've rocked up to the right place! Just in case you missed the news, Worth1000.com is now part of DesignCrowd.com - and we've preserved all the amazing Worth1000 content here so you can search the archives to find old favorites and new contest art. We're delighted to have Worth1000's talented users and their treasure trove of imaginative and original content, built over many years, as part of our design community. But enough of that, we assume you want to get on with checking out some great design tips, brilliant creative contests, or even find some paid design jobs. We've got you covered:

The Metropolitan Museum of Art, New York - StumbleUpon The exhibition, organized by The Costume Institute, celebrated the late Alexander McQueen’s extraordinary contributions to fashion. From his Central Saint Martins postgraduate collection of 1992 to his final runway presentation, which took place after his death in February 2010, Mr. McQueen challenged and expanded the understanding of fashion beyond utility to a conceptual expression of culture, politics, and identity. His iconic designs constitute the work of an artist whose medium of expression was fashion. The exhibition featured approximately one hundred ensembles and seventy accessories from Mr.

Showbiz Imagery and Chicanery Harry The Hipster plays downtown Los Angeles click to watch this very rare 1939 Universal comedy Ted Flicker’s creation premieres nice Joan Rivers ad from 1968 The Code of the Geeks v3.12 The Code of the Geeks v3.12 By: Robert A. Hayden <rhayden@geek.net> The HTML version of the The Geek Code v3.12 has been formatted by Dylan Northrup. Last updated: March 5, 1996 So you think you are a geek, eh?