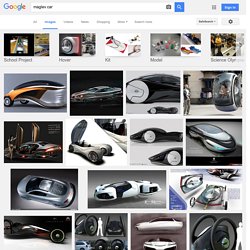 Propulsion supersonic passenger plane. In 2021, as part of its Clean Space Initiative, ESA plans to launch the e.DeOrbit mission. 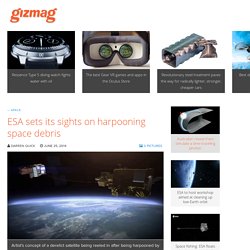 The aim of this mission is to clean up the important polar orbits between altitudes of 800 to 1,000 km (500 to 625 mil) that face the prospect of becoming unusable due to the increasing buildup of space debris. The ESA has now announced plans to examine the potential for the mission to use space harpoons to capture large items, such as derelict satellites and the upper stages of rockets. The ESA has previously revealed it is considering a number of approaches to meet the challenge of capturing and securing space debris. These include snaring the debris in a net, securing it with clamping mechanisms, or grabbing hold of it using robotic arms. Another option is a tethered harpoon, which would pierce the debris with a high-energy impact before reeling it in.

The space agency has put out the call for bidders to compete for the project contract. Source: ESA. Switchblade fact sheet. Launch Abort Motor for Orion Exploration Vehicle. Booster Separation Motors (BSM) Fastest car in the world. Why We Go - Virgin Galactic. Exploring space makes life better on Earth People all around the world have experienced a sense of awe as they look up at the night sky. 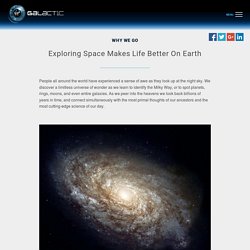 We discover a limitless universe of wonder as we learn to identify the Milky Way, or to spot planets, rings, moons, and even entire galaxies. As we peer into the heavens we look back billions of years in time, and connect simultaneously with the most primal thoughts of our ancestors and the most cutting-edge science of our day. Sending humans and satellites into space requires effort, money, dedication, and sacrifice. In an imperfect world with pressing and important problems, some people ask why space is worth it. It’s a reasonable question. Modern life would be unrecognizable without satellites. But satellites are not sufficient: we as a species also dare to push new boundaries. And we are grateful that they have.

Only through the exploration of the unknown can we continue to grow and evolve. That is about to change. Virgin Galactic, the world's first commercial spaceline. Avidyne Corporation. Url?sa=t&rct=j&q=sncf tgv france map&source=web&cd=6&ved=0CC0QFjAFahUKEwiQ4eOejIrJAhXC7iYKHVN_AoU&url= Url?sa=t&rct=j&q=sncf tgv france map&source=web&cd=4&ved=0CCgQFjADahUKEwiQ4eOejIrJAhXC7iYKHVN_AoU&url= TER is the perfect solution for your regional travel needs. 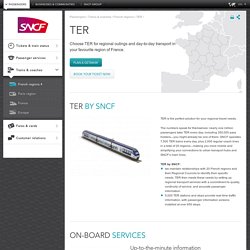 The numbers speak for themselves: nearly one million passengers take TER every day, including 350,000 pass holders—you might already be one of them. SNCF operates 7,500 TER trains every day, plus 2,000 regular coach lines in a total of 20 regions—making you more mobile and simplifying your connections to urban transport hubs and SNCF’s main lines. TER by SNCF: we maintain relationships with 20 French regions and their Regional Councils to identify their specific needs. TER then meets these needs by setting up regional transport services with a commitment to quality, continuity of service, and accurate passenger information.5,000 TER stations and stops provide real-time traffic information, with passenger information screens installed at over 650 stops. 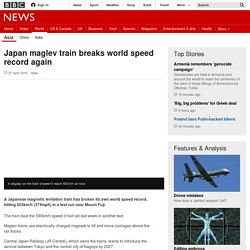 The train beat the 590km/h speed it had set last week in another test. Maglev trains use electrically charged magnets to lift and move carriages above the rail tracks. Central Japan Railway (JR Central), which owns the trains, wants to introduce the service between Tokyo and the central city of Nagoya by 2027. The 280km journey would take only about 40 minutes, less than half the current time. However, passengers will not get to experience the maglev's record-breaking speeds because the company said its trains will operate at a maximum of 505km/h. Construction costs are estimated at nearly $100bn (£67bn) just for the stretch to Nagoya, with more than 80% of the route expected to go through costly tunnels, AFP news agency reports.