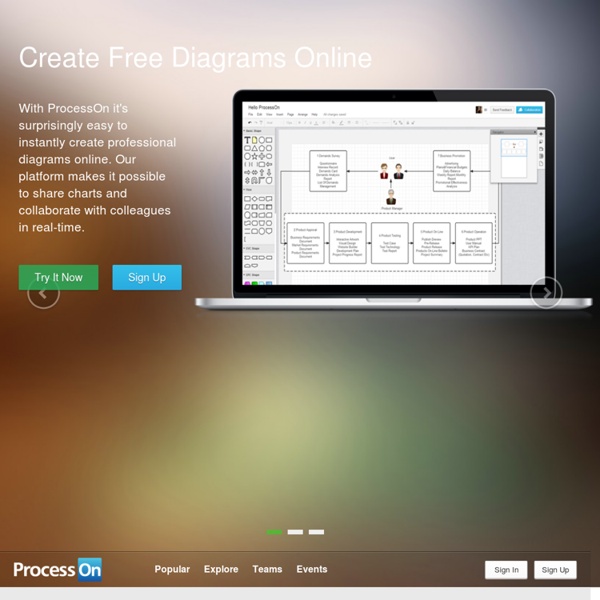 Process level Organizations have changing needs for process methodologies as they mature. A business process methodology is a systematic approach to analyzing, documenting, redesigning, or improving processes. Depending on the scope of the methodology, it might include activities focused on developing a comprehensive business process architecture or it might focus on activities involved in the redesign of an existing process or on creating software requirements for software development. Some process methodologies are narrowly focused on a few process tasks while others aim to be comprehensive and cover a wide variety of different process tasks. Business process work is too complex and diverse to be precisely specified.

Inkscape. Draw Freely. Online Charts Builder Hohli Online Charts Builder Load From Image URL: Scoop and swoop - Busty Resources Wiki The scoop and swoop, also known as the scoop and grab or scoop and jiggle,[2] is a method used to move all breast tissue (including migrated breast tissue) into the cups of a bra. It should be a part of every bra wearer's routine, regardless of breast size.[3] Instructions Edit Put on a bra. If possible, bend at the waist so that your upper body is parallel to the ground. create and design your own charts and diagrams online Unicode Text Converter Convert plain text (letters, sometimes numbers, sometimes punctuation) to obscure characters from Unicode. The output is fully cut-n-pastible text. Current true transforms: parenthensized, circled, squared, negative squared, Asian fullwidth, mathematical double-struck, mathematical bold, mathematical bold italic, mathematical bold script, and mathematical bold fraktur. Psuedo transforms (made by picking and choosing from here and there in Unicode) available are upside down, CJK-based, Rock Dots, Faux Cyrillic, stroked, reversed (an incomplete alphabet, better with CAPITALS), A-cute and several variants of Curvy. Small Caps is mostly real Latin Small Caps, but of the holes in that alphabet have been patched over with non-latin look-alikes.