How Technology Is Destroying Jobs 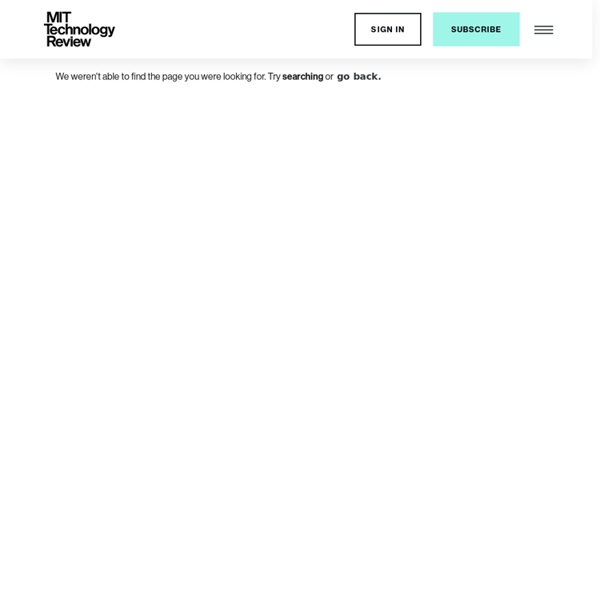 Given his calm and reasoned academic demeanor, it is easy to miss just how provocative Erik Brynjolfsson’s contention really is. ­Brynjolfsson, a professor at the MIT Sloan School of Management, and his collaborator and coauthor Andrew McAfee have been arguing for the last year and a half that impressive advances in computer technology—from improved industrial robotics to automated translation services—are largely behind the sluggish employment growth of the last 10 to 15 years. Even more ominous for workers, the MIT academics foresee dismal prospects for many types of jobs as these powerful new technologies are increasingly adopted not only in manufacturing, clerical, and retail work but in professions such as law, financial services, education, and medicine. That robots, automation, and software can replace people might seem obvious to anyone who’s worked in automotive manufacturing or as a travel agent. But Brynjolfsson and McAfee’s claim is more troubling and controversial. Dr.

Don't Fear the Robots Taking Your Job, Fear the Monopolies Behind Them As algorithms and automatons start to code and roll their way into our workplaces, there’s a looming sense that employment is set for a pretty major shift. Maybe not quite yet, but slowly and surely, the robots are showing themselves to be capable of taking on jobs once held by humans. They’re more accurate than us, more consistent; they run for longer, they’re satisfied with their work (or at least not unsatisfied), and they don’t kick up a fuss about a living wage. But to worry about robots “stealing our jobs”—an oversimplified rhetoric that sounds all too familiar—is to ignore the greater potential upheaval in our economy. That future societal change was the subject of discussion at a panel last night hosted by Nesta in London, which brought figures from the fields of technology and economics together to share some of the visions conjured by their crystal balls. Izabella Kaminska, a financial blogger at FT Alphaville, went for the jugular of the argument.

Robot-writing increased AP’s earnings stories by tenfold Since The Associated Press adopted automation technology to write its earnings reports, the news cooperative has generated 3,000 stories per quarter, ten times its previous output, according to a press release from Automated Insights, the company behind the automation. Those stories also contained “far fewer errors” than stories written by actual journalists. The Associated Press began publishing earnings reports using automation technology in July for companies including Hasbro Inc., Honeywell International Inc. and GE.

LEGAL FUTURES Report: artificial intelligence will cause "structural collapse" of law firms by 2030 1 December 2014 AI: computers that ‘think’ spell doom for many lawyers Robots and artificial intelligence (AI) will dominate legal practice within 15 years, perhaps leading to the “structural collapse” of law firms, a report predicting the shape of the legal market has envisaged. Civilisation 2030: The near future for law firms, by Jomati Consultants, foresees a world in which population growth is actually slowing, with “peak humanity” occurring as early as 2055, and ageing populations bringing a growth in demand for legal work on issues affecting older people.

New Study Finds That Six Jobs Are Lost for Every Robot Added to the Workforce In Brief A new paper from the National Bureau of Economic Research presents sobering statistics that illustrate the impact automation is already having on the workforce, noting that each industrial robot introduced between 1990 and 2007 lead to the loss of 6.2 jobs. The Real Impact of Automation Few subjects are quite as divisive right now as the potential impact of automation on employment.

Major Firm Announces It's Replacing Its Employees with A.I. In Brief The world's largest money management firm, BlackRock, is poised to conduct a complete overhaul of its current systems to focus on using algorithmic solution to improve its services. 13% of its portfolio managers will be laid off in the process, confirming that no profession is immune to automation disruption. Automated Money Managers It was only a matter of time before the impact of robots and automation would start having an effect on the white-collar workforce.

Nation Expected to Lose 30% of Jobs to Automation in 15 Years In Brief The consultancy firm PricewaterhouseCooper is predicting that the U.K. will lose 30 percent of its jobs to automation in the next 15 years. Automation is a global issue, and some countries are considering Universal Basic Income as a means of counteracting its associated job loses. The Robot Revolution Whether we like it or not, robots are making an impact in the job market. Experts predict that almost a million jobs will be replaced by robots in 2030, while companies like apple are justifying such predictions.

Workers in These Five Industries Will Be the First to Lose Their Jobs to Automation Artificial intelligence is changing the world rapidly, and the global economy will shift to meet the new technology as it always has. That could mean that some jobs will become fully automated, putting humans out of work. There are a few industries that are especially likely to be among the first to feel the impact of automation; several of which employ the majority of people in the traditional workforce today. Sales Lead generation is all about accurately profiling online behavior to find ripe opportunities, which makes it an ideal candidate for automation.

The Job Market of 2045 Steven Cherry: Hi, this is Steven Cherry for IEEE Spectrum’s “Techwise Conversations.” Automation has displaced a lot of workers in the last 50 years, and it’s set to displace a lot more of them—taxicab and truck drivers, once vehicles drive themselves; much of what remains of manufacturing and assembly work and maybe even a lot of construction labor; fewer lawyers and doctors, once Watson-like software is perfected; teaching, except for the few people making the videos that everyone else learns from. Will we even need waitresses, or just people to bring out the food that we’ve ordered ourselves, once iPads replace menus? The endgame here is the so-called singularity—the point at which technological development, spurred by Moore’s Law and another generation or two of software and robotics development, is so sophisticated that humans have become irrelevant.

Automation may take our jobs - but it’ll restore our humanity Two years ago, a Chinese chip-design expert named Micree Zhan was reading China’s seminal science-fiction novel, The Three-Body Problem, by Liu Cixin, while wrestling with how to create a new processor. He had already designed custom chips for the company he co-founded, Bitmain, that had made it into the world’s leading bitcoin miner, allowing it to dominate the new, hyper-competitive industry of unearthing bitcoins. Now he needed a chip that could launch Bitmain onto a new trajectory, one that would help it master a world-altering technology called deep learning, a branch of artificial intelligence. While performing his nightly meditation, a practice he has kept up for nearly a decade, it suddenly came to Zhan. Invasion? Takeover? Opportunity? What the robots mean for jobs Invasion. Takeover. These are the kind of words that have been bandied about in news headlines about robotics and artificial intelligence in the last few years.

6 ways to make sure AI creates jobs for all and not the few Whenever I talk to people about the potential impact of artificial intelligence (AI) and robotics, it’s clear there is a lot of anxiety surrounding these developments. And no wonder: these technologies already have a huge impact on the world of work, from AI-powered algorithms that recommend optimal routes to maximize Lyft and Uber drivers’ earnings; to machine learning systems that help optimize lists of customer leads so salespeople can be more effective. We’re on the verge of tremendous transformations to work. Millions of jobs will be affected and the nature of work itself may change profoundly. We have an obligation to shape this future — the good news is that we can. It’s easier to see the jobs that will disappear than to imagine the jobs that will be created in the future but are as yet unknown.

We should let the robots take our jobs - and then pay us all a basic income Since Houston, Texas was founded nearly two centuries ago, Houstonians have been treating its wetlands as stinky, mosquito-infested blots in need of drainage. Even after it became a widely accepted scientific fact that wetlands can soak up large amounts of flood water, the city continued to pave over them. The watershed of the White Oak Bayou river, which includes much of northwest Houston, is a case in point. From 1992 to 2010, this area lost more than 70% of its wetlands, according to research (pdf) by Texas A&M University. In the false-color satellite images below, plants and other vegetation appear green, while urbanized and developed areas appear blue and purple. Drag the slider to see how northwest Houston has changed since 1986.