Chicken on a Raft 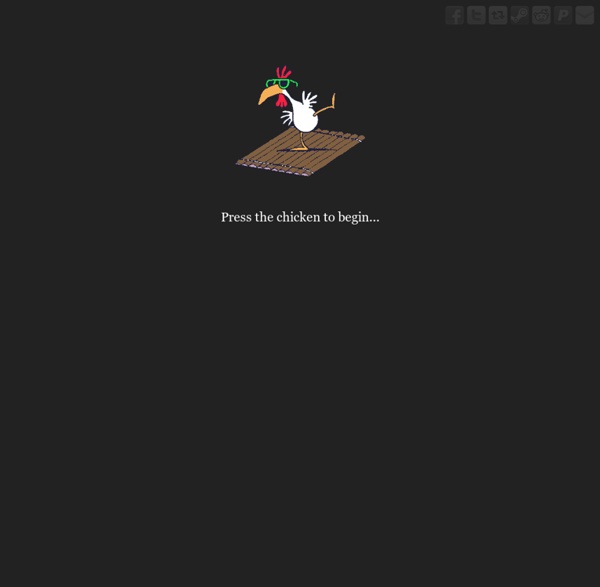 About 23 This is about the synchronicity number 23, and thus about the phenomena of synchronicity in general. To write about this topic objectively is impossible, as all experiences are necessarily subjective, involving as they do the element of consciousness, which cannot be instrumented. This is perhaps a study in the affirmation that any assertion of an objective observer is inherently impossible, and yet at the same time there is a deeply imbedded pattern of coherency in all that we regard as random. Stumblers Who Like Ten games that make you think about life At the start of this year, we decided to come up with a list of Flash casual games with a philosophical bent. To be honest, we struggled. After days of research, we could only find a handful of games that had the thought-provoking depth we were looking for. Our list (which you can view by clicking here) was therefore only five games long.

The Elian Script Introduction The configuration of the Elian script consists of a formal structure (Part I,) and three basic structural principles Part II). Part I 4 Bizarre Experiments That Shouldn't Be Repeated by Megan Wilde 1. The Real World: Mental Hospital Edition This is the true story of three schizophrenics, who all believed they were Jesus Christ. It wasn’t long before they stopped being polite and started getting real crazy. Top ten launching games This list of games will probably get me in trouble with the Royal Society of Prevention of Cruelty to Animals. The Campaign to Save Shopping Carts and the League Against Meanness to Trucks are also unlikely to have me in their good books after reading this. The games we are featuring today are totally irresponsible. Anyone who did in real life what you can do in these games would be severely punished.

The Salmon of Capistrano