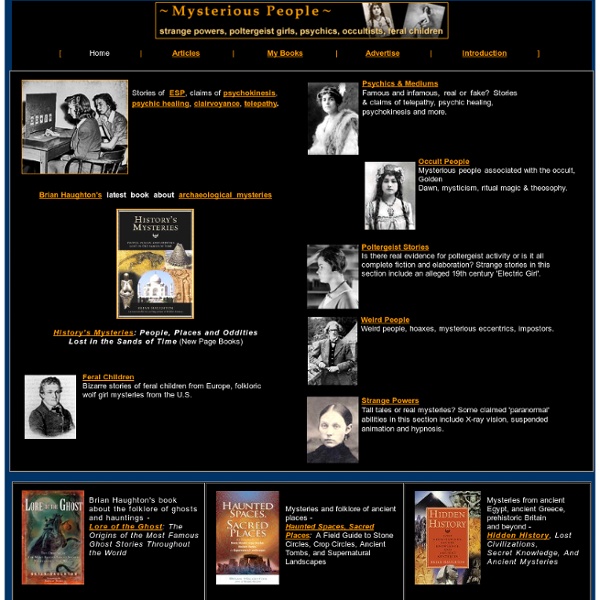 In my bar - Select (The Webtender) Select the ingredients you have in your bar from this rather large list of ingredients. This list is created from all ingredients used in more than one or two drinks. When you finish your selection, go to the bottom of the page and click the "Generate List of Drinks" button. The Webtender will then generate a list of all drinks possible to make from your selection of ingredients. If you click "Pick Random", one of the drinks you can make will be selected for you. Use the "Save Selection" and "Clear Selection" to save the current selection or clear a saved selection. Important: Hold down the CTRL key (Windows) or Apple key (Mac) to select more than one ingredient from the list. Home · Search · Forums · Bookstore · Barstore · Web Index · Feedback · Survey

They're Autistic--and They're in Love: Magazine Lindsey Nebeker and Dave Hamrick each used to wonder if they’d ever find lasting love. Here’s how they came together—and how, side by side, they face the world. There are two bedrooms in the cozy Jackson, Mississippi, apartment: Dave Hamrick’s is like a dad’s den, with a striped beige armchair and a hanging map; Lindsey Nebeker’s is darkly girly, with spiky dried roses hung over a bed topped by a graphic leaf-print quilt. After work on any given evening, Dave and Lindsey are likely to be orbiting the home separately, doing their own thing. Dave may be flipping through magazines, pausing to stare fixedly at design details or leaning in to inhale the scent of the pages. Lindsey typically sits down to eat alone—from a particular plate with a particular napkin placed just so—and may slip so deeply into her own world that Dave has learned to whisper “Psst…” when he approaches so as to not startle her and, on a bad night, make her scream. Photo: Courtesy of Gorden Nebeker

Current Cart to Power Grocery Stores Current Cart “Your consumption is production” is the premise behind a new concept called Current Cart by Kitae Pak & Inyong Jung that would turn shopping carts into electricity-generating mobile units. Their hope is that shoppers can power the stores in which they shop by the very act of wandering around the store and shopping. It’s a neat idea, though the cost of manufacturing the carts alone would push back the pay-back period for the investment quite a bit, as the carts and the charge-collection rack would likely be pricey. The designers suggest the carts could collect enough energy to power a store for a month. Interesting idea, but a definitely distant concept. Via Treehugger

The Webtender: Drinking Games. Have fun with The Webtender's collection of drinking games, but be extremely careful if you play any these games, especially the ones with high buzz factors. The collection was created as an aid to responsible adults who know their limits (and not to cross them) when it comes to drinking, and not to promote this kind of drinking behavior. You should of course be of legal drinking age if you want to play these games with beer or drinks, but anyone can play these games with non-alcoholic beverages as well. For more fun, visit the Web Site Index and go to one of the sites listed there. You should also take a look at 'The Complete Book of Beer Drinking Games'. Home · Drink Recipes · Forums · Bookstore · Barstore · Web Index · Feedback

Make a Mess the Natural Way: Recipes for Homemade Fun Tuesday, January 05, 2010 Make a Mess the Natural Way: Recipes for Homemade Fun By Kristin Masters Toddlers and preschoolers love the visual and tactile experience of creating artwork. Simple Finger Paint, Straight from the Kitchen Making your own finger paint takes three inexpensive ingredients: cornstarch, water, and food coloring. Bring three cups of water to boil in a saucepan. Easy Playdough Kids Can Make from Scratch With this basic recipe, kids can make their own fun, using ingredients that are already in the pantry. Blend four cups of flour and ¼ cup salt. Tips for Easy Clean Up Kids love expressing their creativity, which can get messy. Place a drop cloth or mess mat on the floor. Art gives kids the ability to express their creativity, build fine motor skills, and even discover a new passion. Browse Other Articles by Topic: Business, Children, Family, Garden, Home, Pest Control, Pets, School

MAKE HOMEMADE SCIENCE TOYS AND PROJECTS How to Make Your Own Sun Jar and Save Money You've seen the Sun Jar and you love it. The trouble is the price. You can't just fathom paying $45 for each solar light. You'd be paying almost $500 to light up your garden and your rooms. That just doesn't make any sense! Thankfully, here at Unplggd, our readers were quick to point out that you can easily assemble your own Sun Jar for a fraction of the cost. We love the Sun Jars, but they are a bit too expensive for what they are worth. You'll need the following to get started: Components: 1. You'll need a screwdriver, a utility knife, and some glass-frosting paper to make your sun jar complete. MORE SOLAR LIGHTINGThe Original Sun JarSolar Lampion: A Green Lantern

Meat I’m honored that this often shows up on the internet. Here’s the correct version, as published in Omni, 1990. "They're made out of meat." "Meat?" "Meat. "There's no doubt about it. "That's impossible. "They use the radio waves to talk, but the signals don't come from them. "So who made the machines? "They made the machines. "That's ridiculous. "I'm not asking you, I'm telling you. "Maybe they're like the orfolei. "Nope. "Spare me. "Nope. "No brain?" "Oh, there's a brain all right. "So ... what does the thinking?" "You're not understanding, are you? "Thinking meat! "Yes, thinking meat! "Omigod. "Thank you. "Omigod. "First it wants to talk to us. "We're supposed to talk to meat." "That's the idea. "They actually do talk, then. "I thought you just told me they used radio." "They do, but what do you think is on the radio? "Omigod. "Officially or unofficially?" "Both." "I was hoping you would say that." "It seems harsh, but there is a limit. "I agree one hundred percent. "Just one. "That's it."

Using Regular Playing Cards Sarena's Tarot Many professional cartomancers use a regular deck of playing cards for divination. Regular decks have been used for this purpose since their original adaptation from the tarot type decks of before. Usually there are more cards used per spread than regular tarot cards. What follows is a (very) general guide to interpreting regular playing cards. You may still use reverse interpretation on regular playing cards if you mark the deck on the "top". Ace: Has to do with one's home or environment. King: Represents an influencial man, someone who has the power or ability to do something good for the querent. Queen: A trusted woman. Jack:A good friend to the querent, someone close, a cousin or confidant, someone they have known since childhood or for a long time. 10:A good card: means good luck, can counteract bad cards around it. 9:Harmony. 8:An event, a celebration, a party/bash..etc. 7:A card of disappointent. 6:Warning card. 4:The bachelor or old maid card. 6:A partnership card.

handwriting tips You’ve decided you want to improve your handwriting and you’re probably hoping a fountain pen will do the trick -- maybe a friend told you it would. Maybe you’re just adventurous and you want to try your hand at calligraphy (or you might, once your handwriting improves). Good for you! A fountain pen may make your writing look a bit better, but if your writing looks as if frenzied chickens got loose on the page, chances are this won’t be enough. After coaching handwriting and teaching calligraphy over the years, I’ve learned to see the characteristics of those who’ll be able to pick up the necessary motions quickly from those who’ll have to work a bit harder. Crampy, uneven letters are often the result of drawing the letters with the fingers rather than using the whole arm to write. People who inevitably have trouble with handwriting and calligraphy write with their fingers. If you use the right muscle groups, your writing will have a smooth, easy flow and not look tortured. Fig. 1. Top

With Maidens of Mystery - The artwork of Audrey Kawasaki | culturazzi Audrey Kawasaki is a Los Angeles-based painter, known for her characteristic works that are painted directly onto wood panels. Kawasaki studied fine art painting at the Pratt Institute in New York City, but left after two years without completing her degree. The emphasis that New York art standards put on conceptual art was at odds with her painting ideologies and was the reason for her leaving. Audrey’s paintings are portrayals of young, mesmerizing women who come across as innocent and tantalizing at once. Audrey’s command of her unique and precise illustrative style has made her works wildly popular today and has found her an esteemed place in the art gallery scene across the world.

25 (more) clever ideas to make life easier . We heard you loud and clear. When we published our first list of clever ideas to make life easier last year, we received an overwhelming response. So without further ado, here’s another 25 ingenious household tips and organisational tricks that will have you saying, “Why didn’t I think of that?!” Source: chezerbey.com Got an empty kitchen shelf? Source: maillardvillemanor.com Wall mount cutlery trays and add a cup hook in each compartment for brilliant jewelery storage. Source: apartmenttherapy.com Avoid messy dresser drawers by “filing” your clothing side-by-side instead of stacking items on top of each other. Photo: William Warby on flickr.com Has putting Toy Story on constant repeat finally taken its toll? Source: realsimple.com Packing tip: Protect breakables such as wine bottles or food containers with children’s inflatable floaties. Source: whatiwore.tumblr.com Rather than bundling them in your drawer, loop tights over a coathanger and store them in your wardrobe. Source: bakedbree.com

Sleepy-Time Smoothie My husband woke up coughing and a little feverish this morning. UGH... a darn COLD! I knew I'd need to set aside my chores and make the long drive to town to buy him some Nyquil. On the way, it dawned on me to use the Nyquil and a few more ingredients to turn that nasty-tasting wonder-elixer into a delicious (as possible;-) Smoothie for this Instructable's Contest. The Grocery Store was out of Cherry Flavor, so this was a REAL challenge! ;-O) Seriously.... this Mint-Chocolate Smoothie tastes almost as good as it looks. I would also like to add that my husband now thinks I'm an angel disguised as his wife. Disclaimer: Use Nyquil ONLY as directed on the bottle. Ingredients: 1 Tablespoon/ Dose Cup of Nyquil 1 piece Spearmint Candy 2 Tablespoon Water Vanilla Ice Cream Cool Whip frozen topping Chocolate sauce 1 Strawberry Microwave the Spearmint candy and water until the candy is melted. Add the Nyquil, stir it well and put the liquid in the freezer.