Teach yourself to code 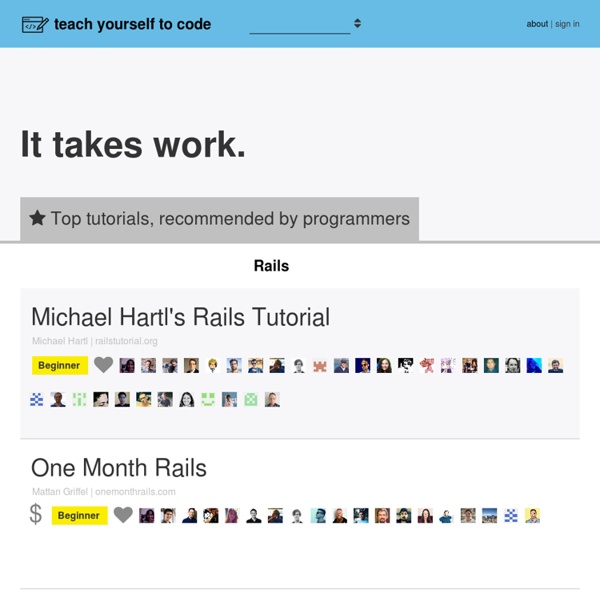 GameMaker: Studio Last updated: 02/04/2019 We (meaning YoYo Games Limited, company number 05260718) use technologies on our website and mobile services (which we'll call the Services) to collect information that helps us improve your online experience. We refer to these technologies, which include cookies, collectively as “cookies.” This policy explains the different types of cookies used on the Services and how you can control them. Why Kids Should Make the Video Games They Love to Play When educator Lynn Koresh hears from kids that they want a career doing something with computers, she asks, “To do what with computers?” Adults often encourage kids to pursue science, technology, engineering and math (STEM) skills, and computing classes are usually a first stop. But Koresh knows it’s the real-world applications of computational thinking and coding language skills that bring such knowledge to life. She reasoned that most middle school students are already playing video games and might respond well to a unit on how to design, create, test and promote video games. Along the way, she’s also teaching them about digital citizenship and entrepreneurship.

Teaching Kids to Code Every era demands—and rewards—different skills. In different times and different places, we have taught our children to grow vegetables, build a house, forge a sword or blow a delicate glass, bake bread, create a soufflé, write a story or shoot hoops. Now we are teaching them to code. We are teaching them to code, however, not so much as an end in itself but because our world has morphed: so many of the things we once did with elements such as fire and iron, or tools such as pencil and paper, are now wrought in code.

Coding Boot Camps Fast Track Females into Innovation by Natalie Shoemaker The gender gap is Silicon Valley, where fewer than one in five technical employees are women, is no longer a well-kept secret. But we can't just blame the computing industry for its dearth of female workers. The problem starts in school. As of 2012, the National Science Foundation reported only 18 percent of computer science degrees were obtained by women. App Inventor Get Started Follow these simple directions to build your first app! Tutorials Swift Introducing Swift 5.1 Swift 5.1 now makes it easier to create and share binary frameworks with others. It also includes features that make it easier to design better APIs and reduce the amount of common boilerplate code. Key Features Module stability defines a new text-based module interface file that describes the API of a binary framework.

Will.i.am Wants Mandatory Computer Science Classes in Schools To music artist Will.i.am, technology can change the world. On Tuesday, Will.i.am, the former Black Eyed Peas singer whose legal name is William Adams, dropped by the Apple Store in San Francisco’s Union Square for a screening of the music video for a new version of the group’s 2003 hit Where Is the Love? He was joined by Apple retail chief Angela Ahrendts, and discussed why the proceeds from the song would go toward education programs and initiatives through Adams’ i.am.angel foundation.

What’s the Difference Between Coding and Computational Thinking? In my last EdSurge article, “Computer Science Goes Beyond Coding,” I wrote about the difference between coding and computer science, to help us understand what we mean by phrases like “Teach kids to code” and “Computer science for all.” In that article and in many other articles, there is another term that appears often: “Computational thinking.” Well, what is Computational Thinking (CT), and how does it differ from Coding and Computer Science—especially when it comes to classroom practice and instruction? What is Computational Thinking (CT)? My short definition: CT is a strategy that uses many of the powerful ideas in computer science to solve problems. Let’s get into a simple, but longer definition. Computational Thinking In our conversations with Scratchers, we heard young designers describe evolving understandings of themselves, their relationships to others, and the technological world around them. This was a surprising and fascinating dimension of participation with Scratch — a dimension not captured by our framing of concepts and practices. As the final step in articulating our computational thinking framework, we added the dimension of perspectives to describe the shifts in perspective that we observed in young people working with Scratch, which included three elements: expressing: realizing that computation is a medium of creation, "I can create." connecting: recognizing the power of creating with and for others, "I can do different things when I have access to others." questioning: feeling empowered to ask questions about the world, "I can (use computation to) ask questions to make sense of (computational things in) the world."

Creative Computing 7 units44 activitiesremixing encouraged download the Scratch 3.0 version of the guide> help learnerscreate new worldswith computing download the Scratch 3.0 version of the guide an introductorycomputing curriculumusing Scratch edsurge The “teach kids to code” movement has many thinking that computer science is just coding. Often the two are conflated since coding is definitely the most visible component of computer science. It is the magic that turns ideas into products; it provides the motivation to learn computer science. Kids want to learn so they can make cool stuff that is meaningful to them. However computer science goes beyond just coding.