MUTO a wall-painted animation by BLU‬‏ 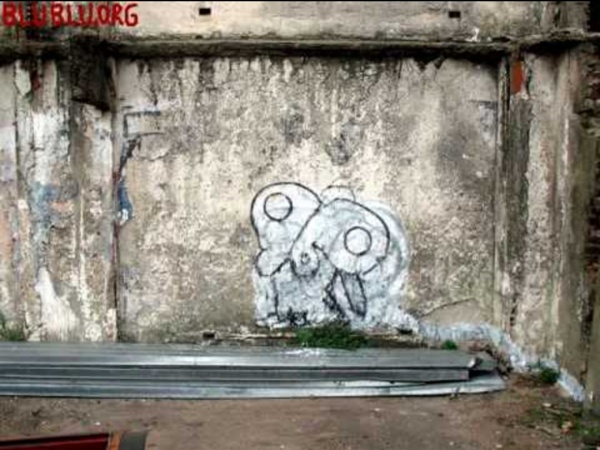 The Convertible “Infinity” Dress: How it almost defeated me, and what you need to make one I made this thing. It’s pretty cool. It’s a convertible dress that’s basically a circle and two straps, so it’s really easy, inexpensive, and crazy versatile. It’s been around forever and everyone seems to love it (in fact, part of the reason I’m posting this is to answer some questions for people I’ve run into), and I can hardly believe how close I came to not making it at all. I first found the instructions at a blog called rostitchery, and then I came across a second set at Cut Out + Keep.

Acrylic pixels by Anthony Michaels Just found on Flickr (thanks to Simmi) and can’t find much info about him, sorry. I really enjoy his colorful pixel retro style acrylic paintings, bringing strong messages put down like old Nintendo videogames covers. 50 Incredible Stop Motion Videos Advertisement Stop motion animation is one of the hottest areas of film-making today. Stop motion is an animation art through which one can spring life in inanimate things and do the unnatural. It works by shooting a single frame of an object, then moving the object slightly, and then shooting another frame. When the film runs continuously in a film projector, or other video playback system, the illusion of fluid motion is created and the objects appear to move by themselves.

court métrage de notre intervenante, Sofia Gutman As a filmmaking focussed site, we’re all too often guilty of probing our directors on the technical details of their films at the expense of a considered exploration of the emotional impetus which fuelled their desire to tell the story in the first place. Today’s post from Sofia Gutman goes a way to redressing that balance by diving into the familial relationships which fuelled her deeply affecting Bezalel Academy graduation short Rehovot, which makes its online premiere here on Directors Notes. The film is based on my relationship with my ​father and it was a great way to let out the emotions I was carrying about this relationship​. During the period of writing the script, as I was looking for old photos and memories​ from my childhood​, my father and I were not in contact.

DIY Solar Lamp: Make Your Own Eco-Friendly Sun Jars The principle is simple and seductively clever: solar lights that store energy during the day and release light at night. These can be purchased ready-made in a variety of colors (yellow, blue and red) but they can also be built at home. A simple, less-technical approach involves buying a conventional solar-powered yard lamp and then essentially harvesting it for key pieces to put in a jar. This is simply a way of taking an existing solar lamp design and appropriating its parts to make something more attractive for display around a house or home. A more electronically-savvy individual can take the more complex route and built a solar lamp from the ground up using small solar panels – though the aesthetic result may not be as impressive.

» Storyboards Bangarang Animation This is a great little exercise that I got from Story Shots and I tried it on some of my favorite action scenes like the one from Avatar the Last Airbender Book 1 where Katara fights Water Master Paku. I learned quite a bit from this. And I believe I will be doing more exercises like these. stencil with freezer paper (harry potter tee) Yes, I am a nerd. I came up with a brilliant idea for a Harry Potter t-shirt and I couldn't resist. "Expecto Patronum!" However, you can make whatever kind of design you want with a freezer paper stencil. Phibs Phibs @ Stanmore – Ozanam Project Huge project @ Stanmore – more pics yet to come! Linz & Beastman