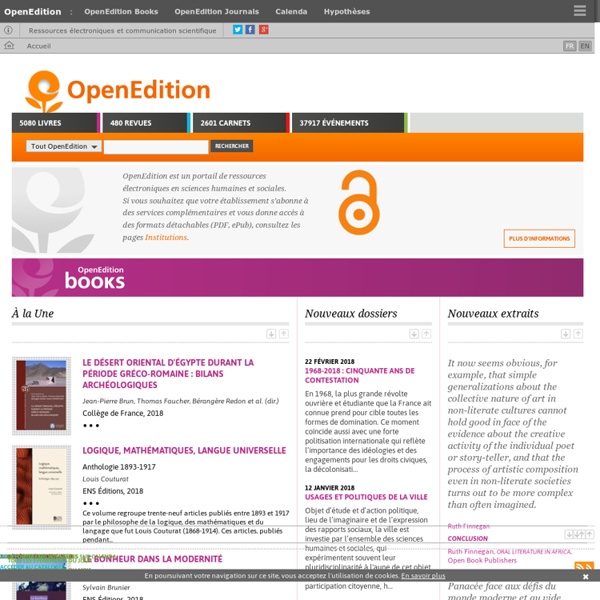 Ibero-Amerikanisches Institut You are using an outdated browser that does not fully support the intranda viewer.As a result, some pages may not be displayed correctly. We recommend you use one of the following browsers: Welcome to the Digital Collections of the Ibero-American Institute Advanced search Middle East Internet Usage Stats and Facebook Statistics Middle East Telecommunications Market ReportsMiddle East Internet Usage and Population Statistic Tables In the Middle East, there are an estimated 146,972,123765 Internet users, and between 2000 and 2017 the region has shown an impressive Internet usage growth rate of 4,374.3 %. Sakhr Software In Arabic computational linguistics, Sakhr has successfully transformed its research in Natural Language Processing (NLP) into industry-first commercial software and solutions. Ameinfo Middle East Financial and Economy News portal. Arab Countries information and company news. Arabo Most Complete Search Engine and Directory for 22 Arab Countries and the Middle East, with links. Arab News Leading Middle East English language news daily.

Male and female brains wired differently, scans reveal Scientists have drawn on nearly 1,000 brain scans to confirm what many had surely concluded long ago: that stark differences exist in the wiring of male and female brains. Maps of neural circuitry showed that on average women's brains were highly connected across the left and right hemispheres, in contrast to men's brains, where the connections were typically stronger between the front and back regions. Ragini Verma, a researcher at the University of Pennsylvania, said the greatest surprise was how much the findings supported old stereotypes, with men's brains apparently wired more for perception and co-ordinated actions, and women's for social skills and memory, making them better equipped for multitasking. "If you look at functional studies, the left of the brain is more for logical thinking, the right of the brain is for more intuitive thinking. So if there's a task that involves doing both of those things, it would seem that women are hardwired to do those better," Verma said.

Simón Bolívar: Liberator or Tyrannical Demagogue? Latin American revolutionary Simón Bolívar is commonly referred to as the George Washington of Latin America by numerous scholars and political figures. Bolívar’s military prowess was unquestioned, as he led a vigorous liberation campaign that freed present-day Colombia, Ecuador, Peru, and Venezuela from the grasp of the Spanish Empire. Bolívar’s exploits have become legend in Latin American political history, with numerous countries fashioning themselves as “Bolivarian” in their style of governance. From leftist parties like the late Hugo Chávez’s Socialist Unity Party to establishment conservative parties, Latin American elites have repeatedly channeled the image of Bolívar in order to create an aura of political legitimacy.

Islamic Art - The David Collection Today, the Collection of Islamic Art is the museum’s largest. In C. L. David’s day, it consisted of a small selection of medieval ceramics from the Middle East and a few textiles. Nobel winner declares boycott of top science journals Leading academic journals are distorting the scientific process and represent a "tyranny" that must be broken, according to a Nobel prize winner who has declared a boycott on the publications. Randy Schekman, a US biologist who won the Nobel prize in physiology or medicine this year and receives his prize in Stockholm on Tuesday, said his lab would no longer send research papers to the top-tier journals, Nature, Cell and Science. Schekman said pressure to publish in "luxury" journals encouraged researchers to cut corners and pursue trendy fields of science instead of doing more important work. The problem was exacerbated, he said, by editors who were not active scientists but professionals who favoured studies that were likely to make a splash. The prestige of appearing in the major journals has led the Chinese Academy of Sciences to pay successful authors the equivalent of $30,000 (£18,000). Some researchers made half of their income through such "bribes", Schekman said in an interview.

서울대학교 인문대학 Building #3, Room 420 | Tel. +82-2-880-4280 | Institute of Latin American Studies Our institute was established in response to the need for greater in-depth research into the region of Latin America, and seeks to provide a new model for regional studies by collecting information and materials in a comprehensive and systematic manner, and by carrying out scholarly research. We also hope to contribute to the development of close ties with Latin American nations by fostering regional experts and strengthening the exchange and cooperation between domestic and international authorities. Lebanon - Al Mashriq Highlights The railways in Lebanon, their history and present state. The Unrest of 2007, reports and images from the streets. The July War, 2006 - an overview map. Places, interactive map with information and pictures from Lebanon. Tapline, the Trans-Arabian Pipeline Company An industrial adventure of great impact on Lebanon and the Middle-East, also politically.

Your Ancestors, Your Fate Inequality of income and wealth has risen in America since the 1970s, yet a large-scale research study recently found that social mobility hadn’t changed much during that time. How can that be? The study, by researchers at Harvard and Berkeley, tells only part of the story. Operation Condor: the cold war conspiracy that terrorised South America The last time Anatole Larrabeiti saw his parents, he was four years old. It was 26 September 1976, the day after his birthday. He remembers the shootout, the bright flashes of gunfire and the sight of his father lying on the ground, mortally wounded, outside their home in a suburb of Buenos Aires, Argentina, with his mother lying beside him. Then Larrabeiti remembers being taken away by armed police, along with his 18-month-old sister, Victoria Eva. The two children became prisoners.

The Islamic art collection at the Los Angeles County Museum of Art, LACMA Introduction Islamic art is perhaps the most accessible expression of a complex civilization that often seems enigmatic to outsiders. Through its brilliant use of color and its superb balance between design and form, Islamic art creates an immediate visual impact. Mental Illness Risk Higher for Children of Older Fathers, Study Finds Children born to middle-aged men are more likely than their older siblings to develop any of a range of mental difficulties, including bipolar disorder, autism and schizophrenia, according to the most comprehensive study to date of paternal age and offspring mental health. In recent years, scientists have debated based on mixed evidence whether a father’s age is linked to his child’s vulnerability to individual disorders like autism and schizophrenia. Some studies have found strong associations, while others have found weak associations or none at all.

University Digital Library As a result of generous support from the David A. Gardner '69 Magic Project, the Princeton University Library created Voyager cataloging records for most of the approximately 9,500 Islamic manuscripts in the Manuscripts Division, which are from Robert Garrett (Class of 1897) and other sources. This is the premier collection of Arabic, Persian, Ottoman Turkish, and other Islamic manuscripts in the Western Hemisphere. Initially, more than 200 of these manuscripts were digitized as the core of the Princeton Digital Library of Islamic Manuscripts. Separate support from the the Virginia and Richard Stewart Memorial Fund, through the Princeton University Council of the Humanities, has supported digitization of an additional 1,400 other Islamic manuscripts from existing black-and-white microfilm, produced in the 1970s with funding from the U.S.

Donating, and Making Sure the Money Is Put to Work Photo Each year, we file a report card on our financial lives. It tells us what we earned, a bit about what we saved, some details on what we own and often includes a tally of our generosity. True, most people don’t read their tax returns this way, but it’s helpful to think of them as a conversation starter and a guide to what we can do better next year.