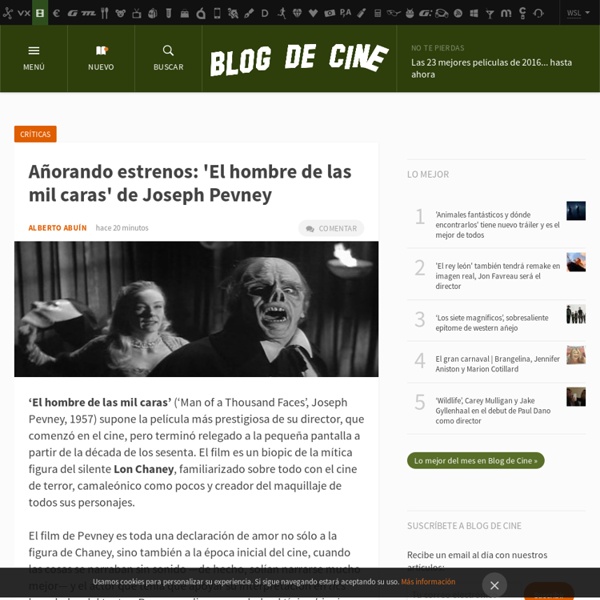 The 50 Greatest Cult Movies of All Time It’s midnight somewhere. “Cult movie” is a hard thing to pin down. For the purposes of this list — celebrating the tenth anniversary of Donnie Darko — we’ve put a premium on the intensity and selectiveness of a movie’s appeal. We’ve also limited each director to one film. See you at midnight! 1. The Complete Henri-Georges Clouzot - Harvard Film Archive November 26 - December 18, 2011 A pivotal and divisive figure of Forties and Fifties French cinema, Henri-Georges Clouzot (1907 - 1977) made his name as a daring iconoclast through a series of hugely influential, often controversial, films whose stylistic audacity, off-beat humor and stinging critique of bourgeois society were far ahead of their time. Clouzot’s remarkable talent with mystery and thriller narratives earned him the unfortunate yet inevitable sobriquet of the “French Hitchcock” despite the two directors' notably different approach to suspense and despite Clouzot’s profound influence upon Hitchcock, with Les Diaboliques, for example, openly acknowledged as a model for Psycho. The phenomenal and lasting success of Les Diaboliques and Clouzot's other best-known film, the gripping action epic The Wages of Fear, continue to overshadow the larger arc of his risk-embracing career and major contributions to cinema. Clouzot's film career began as a screenwriter in the early 1930s.

Sci-Fi Airshow: Guided Tour The smaller Mark 9 Hawk is a much more agile and maneuverable craft than its sister-ship the Eagle. Obviously related to the Eagle , the Hawk is further along the design evolution. Possesing vertical thrusters, the Hawk doesn’t require a runway to take off and land. The 14 Best Classic Twilight Zone Episodes The Twilight Zone was such a groundbreaking series that it influenced our popular culture to a level many of us don’t even realize. From Rod Serling’s silky and smoke-filled introductions, to the inevitable twist ending, the Twilight Zone’s black and white years were doubtless its best. While many of the twists have become so well known in the ensuing years as to lost much of their sting, if you can imagine watching these broadcasts in the 60s on an old black and white set, you might just get a feel for how revolutionary it was. Here, in my humble opinion, are 14 of the best episodes of this series. Oh, and spoiler alerts. 14.

Portfolio Sites Add your touch Personalize your theme with an unlimited number of posts and pages, a custom header image, a custom background image or color, and a custom menu, all for free. Our Custom Design upgrade lets you unleash your creativity with Custom Fonts, Custom Colors, and Custom CSS. Upload your images 100 Best Movies of All Time The best movies evoke tears, laughter, terror, reminiscence, and/or mystery in a truly personal way. Anything less (AKA, around 98% of all movies) serves no purpose other than to shove mindless, forgettable fodder in our face and line Hollywood’s pockets (Be afraid Michael Bay, be VERY afraid). This is that other, sacred 2%—the Holy Grail of cinema. S 100 YEARS...100 MOVIES - 10TH ANNIVERSARY EDITION LOS ANGELES, June 20, 2007 — AFI presents another episode in its widely acclaimed series of CBS television specials — AFI's 100 Years...100 Movies, which launched AFI's on-going celebration of the cinema centennial. Each special honors a different aspect of excellence in American film. In 2006 we celebrated AFI's 100 Years...100 Cheers, America's Most Inspiring Movies. Honoring the 10th anniversary of this award-winning series, a jury of 1,500 film artists, critics and historians determined that CITIZEN KANE remains the greatest movie of all time. RAGING BULL and VERTIGO cracked the top 10, while THE LORD OF THE RINGS: FELLOWSHIP OF THE RINGS, SAVING PRIVATE RYAN, THE SIXTH SENSE and TITANIC are among films to make it on the list for the first time. Congratulations to our 60th Primetime Emmy Award nominees

From Spy Plane to Monster Truck — a Photo Gallery of Awesome Coc As it screams through the air at three times the speed of sound, this jet needs to keep the air flowing through the engines down around 500 mph. The solution: a retractable cone plus a series of doors and bypasses. Pilots monitor this system on a sub-panel of indicators (lower left) while making sure they hit specific speeds at precise altitudes during ascent and descent.

33 Movies To Watch When You're Sad, Glum Or Bummed Out We all have days that don’t feel quite right. Maybe you’re bored, sick or lethargic. Perhaps you just got some bad news that has left you feeling slack-jawed & useless. Maybe you’re worried about your sister, or fighting with your husband. Famous ISTJs - CelebrityTypes Arthur Wellington 'The Duke of Wellington' - U.K. Prime Minister and general